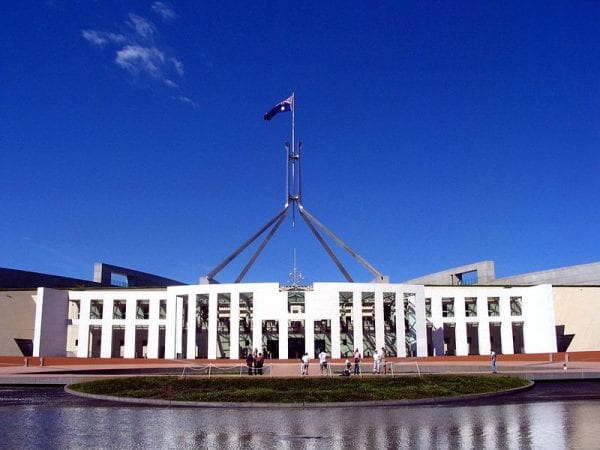 The Taxpayers Protection Alliance (TPA) has been sounding the alarm on various attempts by governments around the globe to institute plain packaging policies for tobacco. Australia was the first country to pass legislation mandating plain packaging of tobacco and after just a few years, the impact has been exactly what TPA warned they would be: greater tobacco consumption, increased illicit trade, and loss of revenue. Last week, the following submission was made to the Australian Parliament for public comments regarding the plain packaging laws. You can also download the full submission by clicking here.

AUGUST 19, 2015
COMMENTS FOR SUBMISSION
PERSONAL CHOICE AND COMMUNITY IMPACTS
RE: PLAIN PACKAGING LAWS
SUBMITTED TO THE SENATE STANDING COMMITTEES ON ECONOMICS ON BEHALF OF THE TAXPAYERS PROTECTION ALLIANCE (UNITED STATES)

The comments submitted to the Senate Standing Committees on Economics are in response to inquiries on personal choice and community impacts. These comments are being submitted for the purpose of calling attention to the harmful impacts that plain packaging laws are having on Australia. The comments seek to show that taxpayers, consumers, and businesses in Australia are not benefitting as a result of these laws. The comments outline the negative consequences that plain packaging laws have had over the last few years since first being implemented.

The comments focus on these specific issues, which highlight the problems with Australia’s plain packaging laws:

The Taxpayers Protection Alliance (TPA) is submitting the following comments to the Australian Parliament’s Senate Standing Committees on Economics in response to inquiries regarding personal choice and community impacts, specifically plain packaging laws in Australia. TPA, a non-profit organization based in the United States, is concerned about Australian plain packaging regulations because of the fiscal implications in Australia and around the world.

There have been multiple reports analyzing the impact of plain packaging in Australia and these reports have been instrumental in highlighting the negative results that these laws have wrought on the nation. Australia’s Treasury Department released figures showing in the first 12 months following the implementation of plain packaging, legal tobacco volumes increased by 0.5 percent or about 115 million sticks.[2]

Three independent studies have also shown the adverse impact plain packaging has had in Australia.

The first study was a half-year analysis done by the accounting firm KPMG LLP, Illicit Tobacco in Australia, contained key findings regarding lost revenue, and increase in illicit trade only six months after plain packaging laws had been implemented.[3]

A second KPMG study, released in April of 2014, included a full report one year’s worth of analysis.  The results continue to highlight exactly the types of negative consequences that many have been warning about for years; increased consumption, and increased black market activity:

Taxpayers are at extreme risk due to plain packaging.  The increase in illicit trade represents a major loss in projected revenue. One estimate sets the total loss at $1.35 billion.  Taxpayers are likely to be the ones that will be required to make up for that revenue shortfall.[7]

Legal action presents yet another risk for taxpayers.  Lawsuits have been filed against the Australian government opposing plain packaging measures, and now those actions are headed to court where the potential cost to defend plain packaging will be upwards of $50 million (USD).[8] That number represents just one lawsuit, with the possibility of more legal action to follow.  There’s no telling how much taxpayers in Australia will have to spend to defend laws that are failing on multiple metrics of success.

The damage to the free-market that plain packaging has done cannot be denied. Businesses thrive on being unique and having a product that can be differentiated from the competition. Laws that deny any type of specific branding kill competition, and leave consumers without the freedom of choice. Intellectual Property (IP) is a key component of the free market economy and plain packaging is a direct attack on IP. Strong IP protections encourage competition and help provide incentives to innovators and creators. Protecting IP is a key component to ensuring that businesses have the ability to stand out and produce goods and services that consumers need and want.  Australia’s plain packaging laws weaken IP protections, which harms businesses and consumers.

Finally, one of the effects from these plain packaging laws is the increase of illicit trade in the region.[9] The increase in black market activity was noted in the reports

cited previously, but recently it’s been shown that plain packaging has been linked to some groups that have been designated as terrorist organizations, including the South Armagh Provisional IRA.[10]

This is alarming on a number of levels, and lawmakers should be keenly aware of exactly the types of actors that are benefitting from illicit trade and the funding of terrorist groups as a result of plain packaging.[11]

The consequences from plain packaging have been nothing short of a disaster for Australia. Consumers, businesses, and taxpayers see no benefit when illicit trade and regulatory measures take a toll on the economy and that is precisely what is happening as a result of these plain packaging measures. The Australian government is losing revenue they counted on from legal tobacco sales and taxpayers will have to make up the difference. Businesses have lost their ability to compete as well as their intellectual property, directly due to plain packaging laws. Smoking hasn’t decreased in Australia since plain packaging was implemented. The increased black market activity has even contributed to groups that have been designated by some as terrorist organizations.

TPA urges the Senate Committee and all Australian lawmakers to consider the harmful impacts that plain packaging has caused.