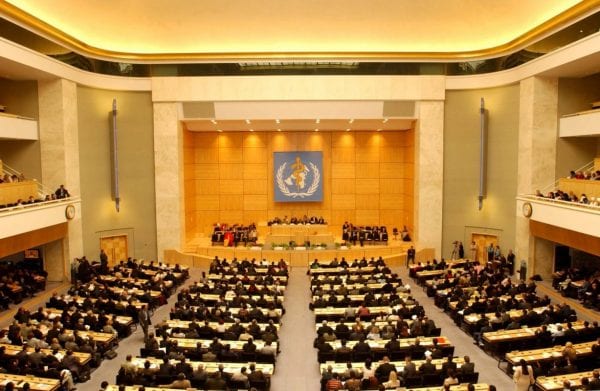 The World Health Organisation Is In Crisis – And At A Crossroads

This article originally appeared in The Huffington Post on August 18, 2016

The World Health Organisation (WHO) has just embarked up a year-long election to find a new Director-General to run the 8,000 person organisation.

Arguably, the person who is eventually elected will not have an enviable job.

WHO is mired in accusations of lack of transparency, corruption, and even stifling press freedom – in strict contravention to the UN Charter.

Even its friends are scathing… “underlying WHO’s relationship with its member states is a lack of trust in the WHO Secretariat’s ability to deliver” laments Charles Clift, Senior Consulting Fellow at Chatham House.

WHO matters to the world and, given that it receives 75% of its funding from the USA, the UK and the Bill Gates Foundation, we should all care that its functions properly.

The specific accusations made against WHO are too numerous to list here, and I will outline only three. Firstly, there is proof of serious malpractice. The UN’s own Office of Internal Oversight recently conducted a damning audit of WHO stating that 2015 saw a 66% increase in the demands for investigation of wrongdoing. Incidents of reported fraud were up 20% over the previous period, and instances of fraud shot up 166% in 2015.

As an example, an official at an unnamed regional WHO office bypassed established procedures to improperly purchase $2.1 million of equipment from a friend, even though the equipment was available for much less through other vendors.

Secondly, WHO seems to have developed a collective allergy to innovative health solutions and, at the forthcoming FCTC COP7 international conference in India, is trying to persuade countries that vaping of e-cigs should be regulated in the same way as conventional cigarettes, or possibly even banned.

Last year, in a sweepingly irresponsible and incomprehensible statement, WHO Director-General Margaret Chan stated that “all governments should ban e-cigarettes or electronic nicotine delivery systems”.

This is a ludicrous suggestion given that Public Health England stated recently that e-cigarettes are 95% safer than using conventional cigarettes. The highly respected Royal College of Physicians agreed – saying that the long-term negative effects from e-cigs were “unlikely to exceed even 5% of the harm from smoking tobacco”.

In other words, over-regulating e-cigarettes will cause people to stick with conventional cigarettes instead of switching to reduced risk products. This will cause unnecessary damage and serious risk to people’s health, not improve it. This is perverse and closed-mind thinking from WHO, and is symptomatic of the lack of direction and leadership in the organisation.

This view seems to have been echoed by Mark Pawsey, MP, the Chairman of the All-Party Parliamentary E-Cigarettes Group when commenting that…. “E-cigarettes are helping millions of people to stop smoking. So I find it inexplicable that the World Health Organisation is threatening to ban them”.

There are now 2.4 million e-cigarette users in the UK; the WHO should do nothing that drives them back to inhaling nicotine, with all the terrible associated health consequences.

Another accusation that has been levelled against WHO, a critical component of the UN, is that of stifling press freedoms. In response to growing concerns over the UN’s treatment of the media, more than 50 journalists, editors, columnists and thought leaders from 18 countries joined to sign a coalition letter – on UN-designated World Press Freedom Day in May – demanding the UN abide by the same principles of press freedom it expects from its member nations.

The letters’ signers called on the UN “to stop its hypocritical conduct and live up to the principles of press freedom.”

There are many more other serious accusations and issues for WHO to face up to, and not try and conceal. The election campaign that has just begun for a new Director-General offers the organisation the opportunity to debate these many issues and problems it needs to overcome.

WHO is at a crossroads and must surely embrace the values of transparency, inclusion, democracy and good governance. Too often in the past few years, these values have been overlooked, conveniently side-stepped or trampled on.

This is not acceptable and has undermined WHO’s legitimacy. The world deserves better, and WHO needs to step up to the plate, or risk becoming increasingly marginalised and lacking credibility. No one wants to see this happen.