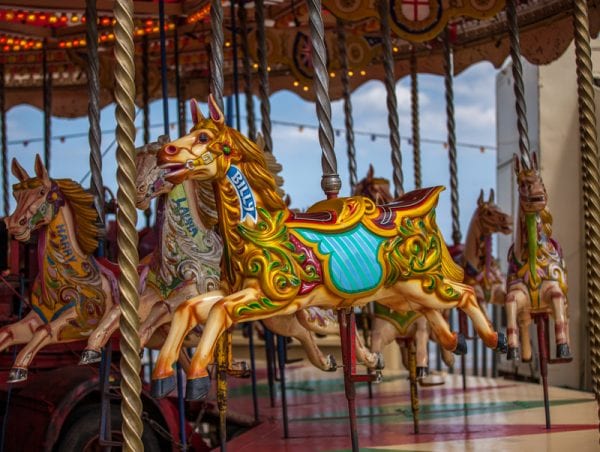 Round and Round Taxpayers Go

While other museums may cost Americans more, no pork project takes taxpayers for a ride quite like the Herschell Carrousel Factory Museum.

The merry-go-round museum draws a paltry 15,000 visitors per year, and with admission fees topping out at $5 for adults, the museum’s administrators are always on the lookout for more money. Instead of improving private fundraising efforts, or simply closing the flagging facility, museum managers went on the dole, badgering local, state and federal government agencies for taxpayer-funded handouts.

The plan has worked. Since 2005, government giveaways to the Herschell Carrousel Factory Museum have cost federal, state and local taxpayers a combined $410,431.

In 2009, the Herschell Carrousel Factory Museum grabbed the brass ring of government grants when it received a $265,000 “Save America’s Treasures” award from the National Park Service to fund structural renovations to the museum at the expense of federal taxpayers.

Additionally, the federally-funded Institute of Museum and Library Services has divvied out $291,489 of Americans’ money to the museum since 1999. Among the Institute of Museum and Library Services’ handouts was an $83,478 award in 2006 to help the museum shift its focus from adults, who generally don’t care about merry-go-rounds, to children, who generally can’t talk adults into visiting museums about merry-go-rounds.

The museum features a carved wooden pig that was once mounted on an Allan Herschell carousel, a fitting reminder of all of the taxpayer-funded pork spending devoured by the facility.