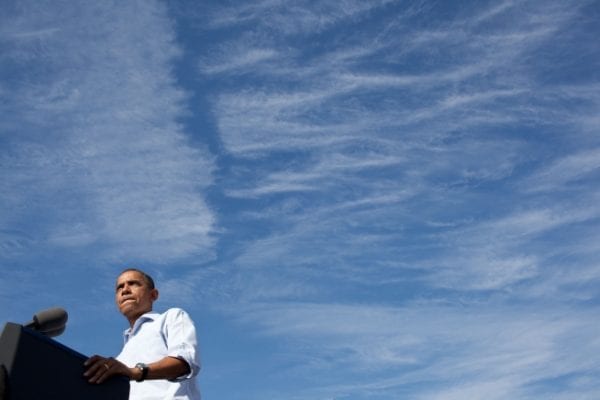 Late last week, leaders from around the world concluded a major gathering in Paris where they discussed, negotiated, and ultimately reached a global agreement on how to deal with climate change.  The meeting, the Conference of Parties (COP) 21, was organized by the taxpayer-funded United Nations (UN).  With the UN as the center of the meeting, there was even more skepticism about any good outcomes.  The Taxpayers Protection Alliance  (TPA) has been highly critical of the UN with its lack of transparency and previous attempts to impose international taxes (click here for TPA’s previous work on the United Nations).

After all the hoopla was done, this was yet another conference with the usual solution, more government intervention.  This isn’t the first time that we’ve seen increased bureaucracy as the “silver bullet” to stop something terrible.

Specifically focusing on the environment, the Paris agreement just turned out to be another round of proposals calling for new regulations on countries and businesses that will likely do little to improve the environment and do a great deal to damage the economic output of partner nations, including the United States.  And, with more than 50,000 attendees, the irony of the carbon footprint made by those traveling to Paris should not be lost.

As reported by the BBC, some of the key components of the agreement included:

On Saturday, President Obama reacted to the achievement of reaching an agreement:

“The Paris agreement establishes the enduring framework the world needs to solve the climate crisis… It creates the mechanism, the architecture, for us to continually tackle this problem in an effective way.”

But as recently as 2009, President Obama and other world leaders convened in Copenhagen in an effort to solve the problem of climate change. The Copenhagen meeting concluded lacking solutions, substance, and commitment. The COP21 talks in Paris were advertised as something different, but looking at the final agreement and the lack of any enforcement or verification mechanisms, it’s a safe bet to assume that this deal is similar to past “agreements,” focusing on increased regulatory power for government simply masked as solutions to the problem.

The agreement impacts different countries in different ways obviously, and considering energy is a key component of the U.S. economy, this Paris deal could have consequences that will be felt across the country. The Wall Street Journal summed up the core components of the agreement and how the energy industry would be impacted:

At the core of the agreement, reached Saturday evening in a suburb of Paris, is a collection of voluntary plans submitted by every country to tackle climate change, each reflecting its own economic and political situation. Most of them focus on shifting to renewable energy sources such as solar, wind and, for some, nuclear power and away from carbon-heavy fuels such as coal and oil.

That “shift” to solar and wind is likely to mean that the President is hoping to give more subsidies in the form of taxpayer money to solar and wind. TPA has been focusing on how much taxpayer money has already gone into solar subsides, with little progress or return on the investment. Using an international agreement to get more subsidies for risky business models like that of Solar City would be costly and counterproductive.

The strategy for the Obama administration regarding the COP21 was the same all along: keep Congress out of the process.  In fact, Secretary of State John Kerry admitted that the deal was made in such a way to avoid Congressional jurisdiction.  He also admitted that the agreement lacks any meaningful enforcement or verification. This is troubling but not surprising as the President continues a trend of shutting out Congress and opting to go it alone, regardless of whether or not the actions he takes are legally sustainable.

International agreements like the one made at the COP21 follow a trend of making promises that are designed to look good. There are already signs of wavering by major nations just days after cheers from bureaucrats could be heard around the world.

TPA  believes that it is important to leave a planet that is better off to future generations, but that goal isn’t achieved by expanding the powers of the government. Increasing regulations, bypassing Congress, and giving more subsidies in the name of cronyism won’t fix the environment or strengthen the energy industry; no matter how many international agreements are made.