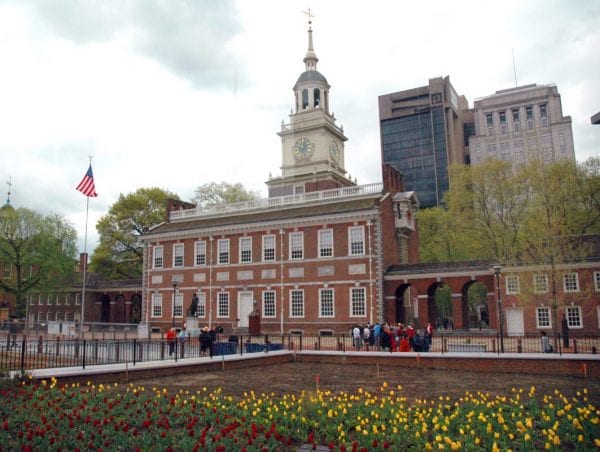 In Pennsylvania, Go for Spending Cuts, Not Tax Increases

This article originally appeared in The Philadelphia Inquirer on Wednesdsay, May 6, 2015

Pennsylvania is not different from any other state where legislators are confronted with decisions on whether to raise taxes or cut spending to balance their books. The easiest (and laziest) option is to raise taxes.

Gov. Wolf seems to be taking the lazy way out by proposing a $4.5 billion tax increase. Some Pennsylvania legislators are trying to help the governor by introducing a bill that would increase the state 911 fee on wireless service from $1 to $1.65 (a 65 percent increase). This would result in a $78 million annual fee increase on wireless consumers ($114 million annually when including the increase on home phone and VOIP services).

Wolf’s broader tax plan, which calls for increasing income and sales taxes while cutting property taxes, is getting a chilly reception. State Sen. David Argall (R., Schuylkill) heaped a healthy dose of skepticism on the plan in a March 23 op-ed for the Morning Call. He noted, “Maybe the school property tax made sense nearly two centuries ago, but we need to find a fairer way to fund public schools and remove the heavy, unfair burden on property owners. Poll after poll demonstrates that the taxpayers of Pennsylvania are unwilling to support the governor’s concept, which only temporarily reduces property taxes. His budget secretary noted that a current state law will limit the growth of property taxes in the future.”

The tax increase on 911 service would hit consumers of wireless, which is already taxed at a high level. A Tax Foundation study shows a national average wireless tax of 17 percent, which includes federal, state, and local taxes and fees on wireless service. Pennsylvanians are paying more than the national average – 19.87 percent – making the commonwealth’s the eighth-highest burden overall.

Any tax increase on wireless consumers will disproportionately hurt minorities. Public policy analyst Alton Drew wrote last spring on the website Politic365, “According to Pew Research Center’s Internet and American Life Project, 92 percent of black Americans own a cellphone. Older black Americans are keeping up with technology too, as 77 percent of black Americans 65 years and older own a cellphone. That is why it is ever increasingly important that our policymakers continue to get the policies right that affect our mobile future.”

A December report by the Federal Communications Commission showed that Pennsylvania collected $193 million in 911 fees in 2013. That is $117 million more than California and $10 million more than New York. That’s $15 per person for Pennsylvania, while California averages $2 per person and New York $9. Since 2011, Pennsylvania has been collecting in excess of $190 million in taxes for 911 service. Considering the massive amount of money already being collected for 911 fees by the commonwealth, a tax increase doesn’t make sense.

If the state is experiencing financial difficulties, legislators should cut spending instead of raising taxes. For example, the Commonwealth Foundation identified $675 million in corporate-welfare grant and loan programs. Surely, state taxpayers shouldn’t have to shell out tens of thousands of dollars for the livestock and open dairy shows.

Another area to save money would be what the Pennsylvania Independent calls “ghost teachers.” According to that publication, “At least 18 public school teachers who never stepped foot in a classroom last year made more than $1.7 million from the School District of Philadelphia. Those teachers worked full-time for the Philadelphia Federation of Teachers, the local teachers’ union, but continued to draw a public salary, health benefits, and accrued seniority and a pension.”

It doesn’t appear that the commonwealth has a revenue problem; it has accountability and spending problems. Before Pennsylvanians are asked to pay another penny in taxes for 911 fees – or for increases in the sales or income tax – they deserve a full accounting of where their money has been spent. Even with that accounting, it would still be better for state lawmakers to cut wasteful spending to pay for any upgrades.