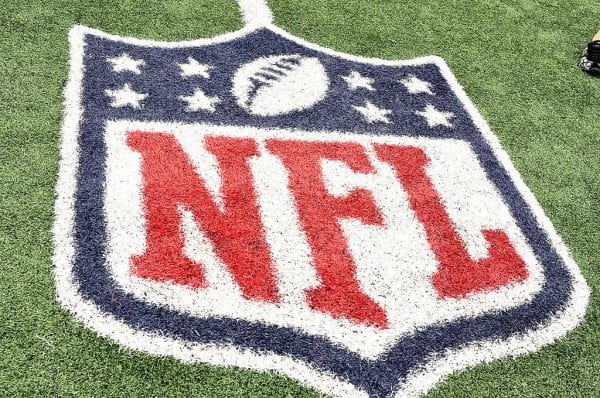 Taxpayers Get Ticked Off at Kick Off

Another NFL season kicks off tonight with the Denver Broncos hosting the Carolina Panthers.  This past off-season was another turbulent one as players were arrested and San Francisco quarterback Colin Kaepernick provided his own dose of drama.  This was also a turbulent off-season for taxpayers as billionaire NFL owners once again asked taxpayers to foot the bill for lavish stadiums.  The January14, 2016 announcement that the St. Louis Rams would be moving to Los Angeles was unwelcomed news by Los Angeles and St. Louis residents because what was left out of that announcement was that taxpayers would fund more than $100 million for the new Los Angeles stadium and taxpayers in St. Louis still be on the hook paying $12 million until 2022 on the Edward Jones Dome in St. Louis.  And, just 270 miles away in Las Vegas, casino mogul (and crony capitalist) Sheldon Adelson is asking taxpayers for $750 million to build a stadium to lure the Oakland Raiders to Las Vegas.  A report last year by the Taxpayers Protection Alliance shows that these stadiums don’t provide the economic benefit promised.

The report, “Sacking Taxpayers: How NFL Stadium Subsidies Waste Money and Fall Short on Their Promises of Economic Development” detailed the public financing deals for NFL stadiums across the country. The report examined the economic impact of taxpayer-financed NFL stadiums on the people who pay the taxes that fund the construction of those very stadiums. Since 1995, a staggering 29 of the 31 stadiums that house NFL teams received public subsidies for construction, renovation or both. Over the last twenty years, taxpayers have been forced to spend nearly $7 billion subsidizing NFL stadium construction and renovation projects.  The report analyzes the change in median household income and poverty rates in areas where stadiums have been built.

Even though it’s difficult rank the worst (because they are all bad), here are three of the most egregious abuses of taxpayer money:

Cincinnati Bengals– Using a 0.5 percent county sales tax hike, a handout from the state of Ohio and accounting gimmicks to finance 94 percent – or almost $425 million – of the Bengals stadium wrecked Hamilton County. The stadium devoured more than 16 percent of the county’s general fund budget, created a budget shortfall and caused a property tax hike.  Between 1995 and 2013, the median household income dropped form $52,000 to $47,000 while the poverty rate increased from 11 percent to 18 percent.

Dallas Cowboys– After billionaire owner Jerry Jones claimed the new team facility would require minimal tax dollars to build, cost estimates exceeded by more than $500 million, Jones convinced lawmakers to slap a bevy of new taxes on Arlington, Texas and the cost to taxpayers has been about  $444 million for “Jerryworld.”  Between 1995 and 2013, the median household income dropped form $62,000 to $56,000 while the poverty rate increased from 12 percent to 15 percent.

Indianapolis Colts– No team in the NFL has received more public money in recent years than the Indianapolis Colts. Taxpayers ponied up $619.6 million of the stadium’s $719.6 million construction price – or $730 for every man, woman and child in the city of Indianapolis.  Between 1995 and 2013, the median household income dropped form $51,000 to $41,000 while the poverty rate skyrocketed from 12 percent to 21 percent.

The best stadiums for taxpayers are those that didn’t require any taxpayer financing.

Miami Dolphins– Team owner Stephen Ross was turned down in an effort to secure public funds to renovate Sun Life Stadium but instead of complaining or threatening to move the team, he decided to pay for the upgrades himself. Ross put up more than $400 million on a series of ongoing renovations.

New York Giants & New York Jets– The owners of the Giants and the Jets, who share MetLife Stadium in East Rutherford, New Jersey, deserve a special pat on the back from taxpayers. The cost of the entire $1.6 billion price tag for the stadium’s construction was financed with private dollars. However, Bond payments for the old stadium, which opened in 1976, are still being taken care of by New Jersey residents who will continue to pay $35.8 million a year in principal and interest until 2025.

The NFL is a popular and lucrative league.  Unfortunately, taxpayers are left with the bitter taste of defeat when taxpayer dollars are used to fund stadiums.  NFL teams should use private financing to build stadiums rather than taxpayer money.