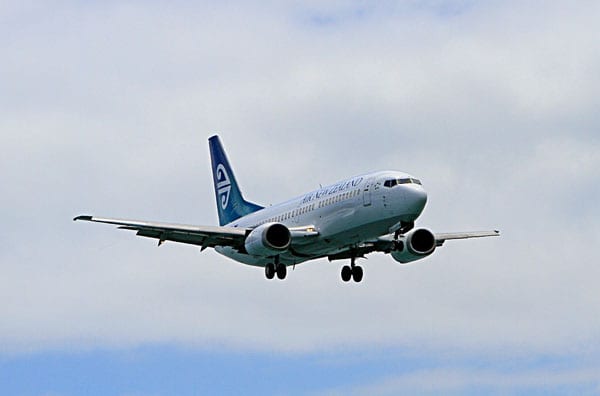 This article appeared in Real Clear Markets on June 7, 2017

The iconic American company Boeing seems simultaneously to be for and against intervention. This spring Boeing’s former CEO and other U.S. business leaders convinced President Trump to give a new lease on life to the Export-Import Bank, a trade-distorting relic of crony capitalism’s heyday. Just weeks later, Boeing asserted the sanctity of fair trade in allegations about Bombardier, a Canadian aircraft company.

The Export-Import Bank was on life support, but, in April, following a meeting with former Boeing CEO Jim McNerney, President Trump reversed himself and decided the Export-Import Bank should not be shut down after all. The Bank has supported major U.S. corporations for years with taxpayer dollars, with Boeing being its chief beneficiary. In 2014, before Congress moved to curtail its activities, the Bank provided long-term loan guarantees totaling $10.8 billion, of which $7.4 billion went to Boeing. All told, Boeing received about 40 percent of the Bank’s $20.5 billion in programs – hence the moniker “the Boeing Bank.”

Then, in May, Boeing asked the Commerce Department to punish Bombardier for harming Boeing and distorting trade with the sale of a new series of passenger planes to Delta at a price Boeing alleges is well below what the planes should have cost, a practice commonly referred to as “dumping.” It is practically a fait accompli that the Department of Commerce will agree that Boeing’s claims have a solid enough foundation to turn the matter over to the International Trade Commission (ITC), an independent, quasi-judicial government agency, for a formal investigation. President Trump is proudly skeptical of international trade’s benefits for the United States, or at least the way commerce has been conducted in recent decades.

Given the advantages Boeing enjoys courtesy of the Export-Import Bank and its defense contracts, it is both galling and ironic to see Boeing then ask for more U.S. government intervention over Bombardier’s sale of 75 C Series planes to Delta. Boeing claims the $19.6 million price per plane is well below the $33 million or more Boeing figures the planes should have cost. The only way to account for the bargain basement price is that Bombardier must have deliberately underpriced them to muscle Boeing out of the way and that Bombardier could only have done so because it is the recipient of lavish subsidies by federal and provincial government in Canada, according to Boeing. The standard remedy is to affix special duties on Bombardier’s planes sold in the U.S.

The irony for Boeing is rich. Domestic airlines have complained for years that below market, and taxpayer-subsidized, loans through the Export-Import Bank have been used by foreign countries to buy airplanes and offer cut rate airfares. And, according to Veronique DeRugy, Senior Research Fellow at the Mercatus Center, “When Delta and other airlines can’t compete on costs, they have to cut jobs. And that’s what they do. During the hearing on Ex-Im before the House Finance Committee, the CEO of Delta, Richard Anderson, testified that some 7,500 U.S. airlines jobs had to be cut because they faced unfair competition from the Ex-Im subsidized ‘customers.’”
But here are some facts that should become readily apparent to the ITC. Boeing does not make a plane that competes with Bombardier’s C Series so there is no way that Boeing could have been injured by the alleged unfair competition.

Boeing has no business asking the ITC to help it overcome what, in retrospect, appears to have been a strategic misstep about the market for 100-150-passenger class of plane. The taxpayer-funded ITC exists to make sure foreign governments and companies play by the rules of global commerce, not to pick winners and losers, which brings us back to the Ex-Im Bank.

The Bank, like so many government agencies, has its origins with the New Deal. It was set up to help U.S. companies looking to export by providing a type of insurance. One way it does this is with foreign loans guarantees, in essence, creating a market for U.S. products by loaning foreigners money to buy U.S. goods. To be sure, exports benefit American workers but the American taxpayer has been subsidizing business transactions that would likely take place without the Bank and other forms of government support for far too long.

It could be that Bombardier is simply producing a great new airplane and Boeing, regretting a strategic decision years ago, now wants to marginalize Bombardier as a competitor. In a perfect world, Boeing and other companies would make products the market wants at a competitive price without government (taxpayer) support. However, even in an imperfect world, it is unfair to ask taxpayers to foot the bill to pay for entities such as the Export-Import Bank and then saddle them with duties imposed on foreign products that do not compete directly with U.S. products. Boeing is claiming it simply wants fair trade. In fact, Boeing wants to be able to trade just as unfairly as other countries do – and then some.