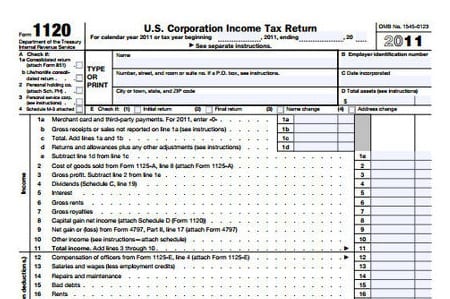 We have been hearing for some time now that the 113th Congress is going to aggressively tackle the issue of tax reform and we have seen signs that they may be at the very least somewhat serious when it comes to actually doing something to fix the complicated system of the United States tax code. The creation of a website and an outreach tour from Senate Finance Chair Max Baucus (D-Mont.) and House Ways and Means Chair Dave Camp (R-Mich.) give some optimism that that the time for meaningful tax reform has arrived, but there was another development last week in the Senate that could also bode well for those looking to take this problem on directly.

Last Thursday, Sen. Baucus and Ranking Member on Finance Sen. Orin Hatch (R-Utah) introduced their “blank slate” approach, calling on their entire chamber to offer up their own ideas essentially giving way to an entirely new code for tax law:

“Senators have until July 26 to present a detailed proposal on which tax breaks — including big-ticket items for healthcare, homeownership, investment income and corporate research, among others — should remain in a rewritten tax code. Baucus and Hatch did not say when the committee would take up those suggestions…. The end goal, Baucus and Hatch said, is to scrub the tax system of its unproductive parts to help fix a “broken” and “bloated” code that is both unfair and a drag on the economy.”

The end goal is something that should certainly be what Congress is aiming to accomplish but as TPA has written about and focused on, the key to comprehensive tax reform begins with the overhaul of our corporate tax and the damage it has been doing to businesses, consumers, and taxpayers. The importance of fixing our corporate tax can’t be overstated when you take into account that the United States is  the highest payer of corporate taxes in the world at a staggering 39.1 percent:

“High corporate tax rates are a drag on the US economy and encourage companies to shift investments and jobs abroad to lower-tax jurisdictions. The combination of high-rates and a worldwide tax system makes the US corporate tax system even more punishing than it seems.”

The problem was underscored when a Senate Subcommittee hearing with Apple execs on tax avoidance exposed the flaws in our tax system and why the real problem lies with our complicated and bloated corporate tax code and NOT law abiding, job creating, profit earning companies like Apple. The problem is real and many other corporations are recognizing the damage our corporate tax system is causing and are doing their part to generate attention while at the same time calling on lawmakers to act responsibly to reform the corporate tax code in a meaningful and responsible way that benefits everyone.

The combined efforts of stakeholders from every sector should be a hopeful sign that we are on the path forward to taking on the problem of our complicated tax code and that focusing on reforming the corporate tax rate will be a major part of the effort. There is a litany of solutions that make sense when looking at how to fix our corporate tax system and there is broad agreement on these remedies:

The ingredients for corporate tax reform are there; the onus is there to accomplish this lofty but achievable goal; the question now remains: can we get there? While it is encouraging to see all this activity on tax reform and real attempts at outreach both inside and outside Washington, and to everyone from CEOs to the average voter it remains to be seen exactly what will come from all the discussion, debate, outreach, and whatever else lawmakers may have in store for this effort. TPA will continue to push for meaningful corporate tax reform and pay close attention to the activities of those who have been talking a big game on taxes over the last several months… actions do indeed speak louder than words.