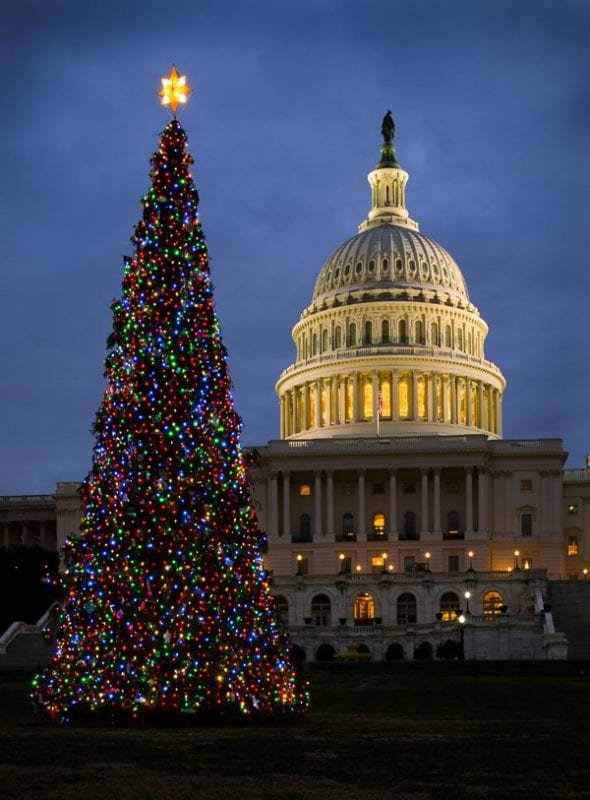 This article originally appeared on InsideSources on December 19, 2017.

As any board member or financial officer will readily attest, budgeting is never a walk in the park. But federal lawmakers have it especially tough, managing a multi-trillion-dollar operation and navigating through countless competing interests.

After passing a two-week continuing resolution (CR) on December 7, Congress is running up against the clock to approve another CR to keep the government running. But focusing on critical spending decisions the week before Christmas to dole out next year’s funding is a disaster just waiting to happen. Holiday season desperation, combined with the short-term planning that plagues CRs, will potentially bilk taxpayers for billions of dollars more than needed.

Congressional Republicans plan to push right up against the Christmas deadline, with half-baked funding bills that have no chance at becoming law. A proposal by House Appropriations Committee Chairman Rodney Frelinghuysen, R-New Jersey, to raise budget caps for military spending and funnel additional billions into missile defense should be a non-starter, yet House leadership is readily embracing this approach.

While signaling fealty to interest groups is more convenient than tackling the budget head on, congressional inaction in funding the government will lead to greater desperation to pass a bill right before Christmas. And, last-minute holiday shopping … er, spending … is never a wise idea. As House Freedom Caucus member Mark Sanford, R-South Carolina, pointed out, “Once people get ready to get out the door, a lot of things become acceptable that wouldn’t in other seasons.”

But since any agreement will likely need to have at least some Democratic support, the prospect for a fiscally responsible package seems grim. Democrats have insisted that any increase in military spending be paired with a one-for-one increase in non-defense spending, making lawmakers reluctant to cut defense spending amenable to dubious domestic line-items.

Open-ended funding of the Children’s Health Insurance Program, sans necessary reforms, for example, may be offered to appease Democrats frustrated by the GOP’s reluctance to fund the initiative. The frenzied nature of continuing resolutions also makes fiscal mistakes, such as money ending up in the wrong accounts, far more likely. The Navy, for instance, recently reported $4 billion in waste over the past decade due to rushed continuing resolutions, due to misallocations and CRs’ prohibition on new-start acquisition programs.

While military spending is too often wasted and spent on ill-fated programs such as the F35, unstable, haphazard finances only weaken the nation’s defense over the long term.

Despite pressure to cave to profligate spending demands, this is the worst possible time to embrace an expansive government agenda on the taxpayers’ dime. Previous last-minute spending measures have ensured that failed federal programs, like “green” energy expenditures and federal crop subsidies, are not subject to proper debate and scrutiny.

And, compared to previous “emergency” spending bouts, the timing could not be worse. Massive tax relief is on the cusp of passage, and hiking expenditures would balloon the federal deficit and set the stage for tax hikes down the road. Families and businesses may respond cautiously to a tax cut, if they’re under the impression that rising deficits will give way to tax-hike legislation.

Lawmakers embracing short-term gimmicks should consider the consequences of kicking the can into 2018. If lawmakers cannot agree on how to adjust the 2018 budget caps prescribed by the Budget Control Act by the end of January, automatic, across-the-board spending cuts will take hold in the federal government. While automatic cuts affecting most budget items would be preferable to the status quo, large targeted cuts are a preferable course that can right the government’s fiscal ship without inflicting immediate pain on constituents. Rather than automatically cutting military spending across programs to $603 billion for the coming year, for instance, focusing on failed endeavors like the F-35 and the Littoral Combat Ship would safeguard national security without bilking taxpayers.

Like a frenzied businessman waiting until the last minute to buy holiday presents for his family, Congress is pushing on a dangerous envelope. Rather than wasting time on unrealistic, lopsided spending bills, Congress should start work now on a longer-term funding plan that axes unnecessary spending programs and spares taxpayers from billions in waste.

For the leery lawmakers that have no idea where to start, Sen. James Lankford, R-Oklahoma, recently released his Federal Fumbles report detailing more than $470 billion in waste across the federal government.

Federal budgeting may be a thankless, harrowing task, but with the right set of targeted cuts, Congress can start the new year on a good note.