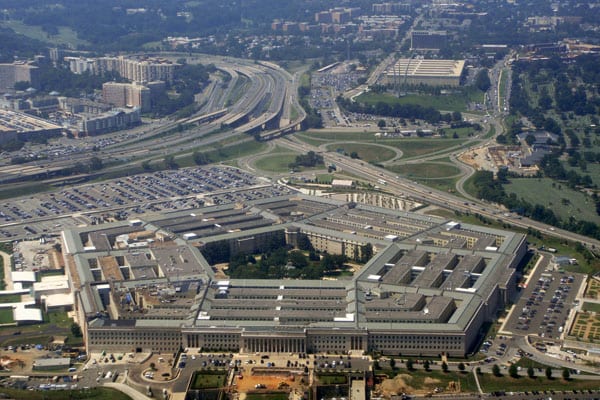 Trump Must Slay the Sacred Cow of the Budget: Defense Spending

Andrew Langer is the President of th Institute for Liberty. This op-ed appeared in The Washington Examiner on January 3, 2017.

President-elect Trump is going to have plenty of messes to clean up when he sweeps into the Oval Office, but the first might have to be at the Defense Department.

Far removed from the forces in the field, the bloated bureaucracy at the Pentagon has become its own special miasma of waste and excess, as proven by a study by the Defense Business Board that detailed $125 billion in administrative waste in the Pentagon’s business operations. The report essentially detailed how the Pentagon could save $125 billion over five years by streamlining its bureaucracy. Fully one-quarter of the defense budget was spent on overhead, an alarming finding. More than 1 million people are Defense Department bureuacrats, compared to the 1.3 million active troops on duty.

The revelation couldn’t come at a better time. Trump has a golden opportunity to set the tone for his administration by taking the bloated bull of the Pentagon by its horns in his first 100 days. His Twitter feed has already picked up on the debacle. Even before these revelations, the Pentagon’s $573 billion budget was already cause for raised eyebrows: China spent $145 billion last year to maintain its forces, and Russia spent just $40 billion.

In many ways, the new Trump administration provides an opportunity to slay a sacred cow: While the Republican establishment has spent years protecting defense funding from Democratic cuts, much of this wasteful spending steals from military readiness.

This waste is unacceptable, but the Pentagon is ultimately a product of its corrosive environment. Recall that the federal government spends money on a made-for-television cricket league in Afghanistan, government yoga classes, a video game about climate change, and funds for sending Pakistani children to Space Camp and Dollywood.

As bad as the above instances are, lawmakers can at least see where the money is going. In other areas, those specifics can be impossible can find. Alarmingly, there is no way to determine the exact amount of money the United States sent to the United Nations prior to 2006 and from 2011 on. The most recent numbers we have to go off of ($7.7 billion) are from 2010.

The lack of clarity is compounded by a lack of candor about where that money is being spent. Within that $7.7 billion, there is plenty of room for bureaucrats to make bad funding decisions and accomplish next to nothing for taxpayers.

Another sacred cow of the budget in need of an audit is the public healthcare industry. Chair of the House Oversight Committee Jason Chaffetz, R-Utah, has been trying to get answers from the National Institutes of Health about the billions of taxpayers dollars it funnels through the World Health Organization to the International Agency for Research on Cancer, an agency whose purpose appears to be condemning as a “dangerous” carcinogen everyday items like coffee, processed meats, cell phones and household weedkillers. Given that IARC has only ever exonerated one of the 1,000 substances it’s reviewed, it’s a mystery why congressional committees have neglected to take the time to ask any questions regarding NIH’s decision-making for grants until very recently.

At the end of the day, the only way to reign in criminal excesses in government spending is through Congress. Bringing fiscal sanity to government spending means following through with the theme of meaningful, radical change that ushered in the Trump administration. Trump can bring the hammer down, but it will require far more political courage on Capitol Hill to sweep this mess clean.