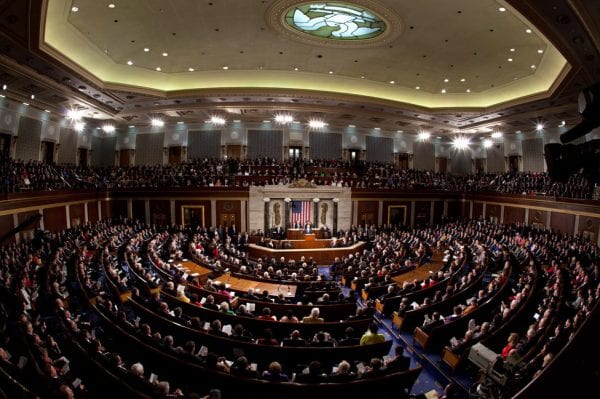 Trade Promotion Authority Passes Senate, House Must Do the Same

The Senate voted 62-37 last Friday to approve S. 995, the Bipartisan Congressional Trade Priorities and Accountability Act of 2015, aka Trade Promotion Authority (TPA).  Final passage came after a great deal of dramatics from alleged “free trade” Democrats who had acted earlier in the week to block a final vote on the legislation. TPA is a necessary tool to not only give the Executive Branch the authority it needs to negotiate and finalize trade agreements, but also to ensure that the legislative branch has the power of oversight that comes with any trade deal struck between the US and other nations. TPA now it will make its way over to the House for what promises to be as crucial a fight and vote as it was in the Senate last week.

The battle over approving what is known as “fast track” authority managed to pit the President against some of the highest profile members of his own party. Leading the charge in the Senate against TPA was Senator Elizabeth Warren (D-Mass.) who threw a veiled shot (in a blog on her website) at the leader of her party and claimed that the legislation would harm workers and the economy:

The Administration says I’m wrong – that there’s nothing to worry about. They say the deal is nearly done, and they are making a lot of promises about how the deal will affect workers, the environment, and human rights. Promises – but people like you can’t see the actual deal.

Not withstanding the fact that Sen. Warren’s criticism on transparency conflates TPA with actual trade deals not yet finalized.  In an interview with Yahoo’s Matt Bai, the President scolded Sen. Warren with the most unflattering of criticisms for someone in politics, that she is just another politician playing to an audience:

“The truth of the matter is that Elizabeth is, you know, a politician like everybody else,” he said. “And you know, she’s got a voice that she wants to get out there. And I understand that. And on most issues, she and I deeply agree. On this one, though, her arguments don’t stand the test of fact and scrutiny.”

Despite the public spat between two of the leading figures in the Democrat party, nothing was as contentious as the battle within the Senate to get to a final vote. After several weeks of negotiating what (if any) amendments would be given an up or down vote as part of any final TPA legislation, it turned out that only a few were given a chance on the floor. The most contentious amendment came from Senators Rob Portman (R-Ohio) and Debbie Stabenow (D-Mich.) on the issue of currency manipulation and how to deal with trading partners who engage in the harmful practice. The White House threatened to veto any final bill with the Portman-Stabenow language and Treasury Secretary Jack Lew blasted the provision in a speech just days before the final vote, as reported by William Mauldin in The Wall Street Journal:

“If a trade agreement is required to come back with a currency discipline that is enforceable through trade mechanisms, I don’t think there is another country in the world that would agree to that,” Mr. Lew said at a Bretton Woods Committee conference in Washington. “It’s a poison pill in terms of getting agreement on TPP.”

The amendment failed in a 48-51 vote and a much more reasonable alternative was adopted that “would direct the administration to establish accountability through ‘enforceable rules’ and other means to ‘address’ exchange rate manipulation.”

The most disappointing amendment was one that was never voted on; to kill the duplicative Catfish inspection program by the United States Department of Agriculture.  The Taxpayers Protection Alliance spearheaded a coalition letter to try and kill the program.  In part, the letter read, “The undersigned groups have been vocal critics of the catfish inspection program that has spent $20 million over four years and not inspected a single fish. The Government Accountability Office has nine times listed the program as ‘wasteful and duplicative;’ and it is one that the former Chief Judge of the highest court of international trade says will result in not just a trade war but also a lawsuit the U.S. will lose. Right now the program is on track to spend $15 million annually for the USDA to do a job the FDA is already doing.” Sen. Thad Cochran successfully blocked the amendment during consideration of the trade legislation.

The House will begin work on Trade Promotion Authority next week and the Taxpayers Protection Alliance is urging all members to vote in favor of the legislation. Trade is critically important to ensuring the United States economy is competitive for years to come and without “fast track” legislation, there really is no chance for any deal to be done now or in the future.

With bipartisan support, TPA is a unique opportunity for President Obama and the Republican-led Congress to come together and pass legislation that will be good for the economy, consumers, and taxpayers.