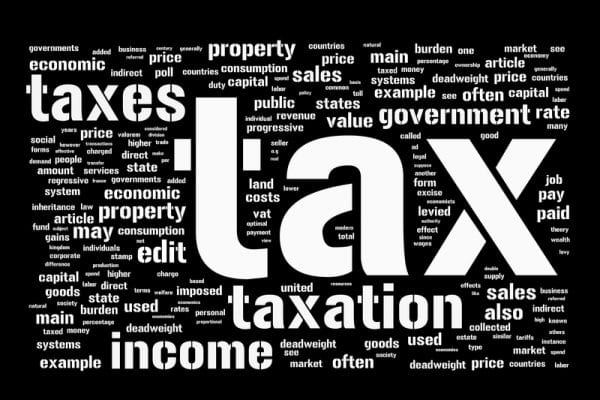 This article originally appeared in The Hill on July 7, 2016

For the last 30 years, the American people have had to endure a tax system that is overly complicated and stifles the growth and opportunity for workers, business owners, and entrepreneurs. If the United States plans on continuing to be the predominant global economic power, the tax code needs a complete overhaul with new ideas that simplify the entire process and lowers rates across the board so we can unburden taxpayers and allow citizens to live the American Dream. Simply put, we need comprehensive tax reform and we need it as soon as possible.

The current tax code is an arcane mess across the board. Individual tax returns are so confusing and long that Americans spend billions of hours trying to comply with the complicated code and live in constant fear of April 15.  The tax code contains more than 4 million words.  To put that into perspective, the novel War and Peace has 560,000 words.

Unlike many other issues in Washington, reforming the tax code has overwhelming support on both sides of the isle. While there are some debates on how it should be accomplished, Democrats and Republicans agree that something must be done to fix our current system.  Regardless of the political affiliation of the next President, tax reform must be a priority.

With this common goal in mind, the Taxpayers Protection Alliance is hosting a bipartisan tax panel discussion featuring participants from both parties to find common ground on reform. Our event, “Independence Day 2.0: Freedom from our outdate tax code,” will serve as a platform for moving past rhetoric to concrete steps towards comprehensive tax reform now. We are proud to work with leaders in both parties to get the ball rolling.

We are very excited to hear from Ways and Means Chairman Kevin Brady (R-Texas) at our event, who will be providing the opening remarks. Chairman Brady will discuss the House Republicans’ recently released tax reform blueprint that is a part of House Speaker Paul Ryan’s “Better Way” for the country.

The blueprint proposes ideas to simplify how we are taxed, lower rates for individuals, small businesses, and corporations, and fix longstanding issues like the estate tax and problems associated with corporate inversions. This is a great first step towards reform and will undoubtedly guide future legislation.

We are also eager to hear input from Democrat Members and their thoughts on how reform should be accomplished. After all, tax reform is a massive undertaking and both parties will need to come together to develop a solution to our current woes.

Our Representatives need to put partisan politics aside and come together to embrace a plan for tax reform. A new system is long overdue and our economy needs this in order to stay competitive – domestically and abroad.  Americans don’t care who takes credit for fixing the tax code, they just want it done.