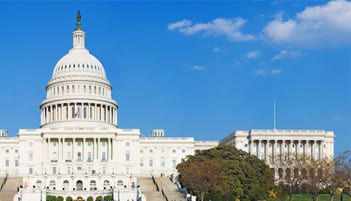 The Taxpayers Protection Alliance (TPA) is closing out 2016 with a message for Congress and the incoming Trump administration: No More Excuses!

Over the past several years, Congress has dropped the ball in coming together on solutions to very real and solvable problems that are impacting taxpayers and businesses. Now, with the likely prospect of a Congress and White House that are seemingly aligned on some of the major issues facing the country, there is no reason that many of those problems can’t be solved over the course of 2017. Hence, no more excuses.

Tax reform has been a major priority for TPA and is critical to getting our economy back on the right track. The positive impact of overhauling our complicated tax code can reach individuals and businesses and be a major boon to productivity. Speaker Paul Ryan (R-Wisc.) and House Ways and Means Chairman Kevin Brady (R-Texas) have been working on their Better Way for Tax Reform plan and will continue to work with the new Trump administration to make sure it’s right for taxpayers and businesses in the near and long-term. TPA believes that lowering rates, consolidating brackets, and getting rid of the massive complexity in the tax code can all be a recipe for having reform that works. With a simpler and fairer code, individuals and businesses can spend less time doing their taxes, a process that has cost billions of dollars and takes away billions of hours from people each year. It has been over thirty years since the tax code saw a major overhaul and that’s thirty years too long. Tax reform needs to happen; there are no more excuses to not get it done.

Washington has a spending problem with a debt of more than $19 trillion. Congress and the White House must get together on ways to reduce government spending. That needs to begin with better budgeting. It also means getting back to regular order in the appropriations process which will eliminate last minute omnibus bills loaded with earmarks and allow for more accountability in spending. Out of control government spending is leading to massive amounts government waste at the expense of taxpayers.

Earlier this month, Sen. James Lankford (R-Okla.) released Sen. James Lankford (R-Okla.) released the second edition of his wastebook, Federal Fumbles: 100 Ways the Government Dropped the Ball, Vol II. The report (here) details $247 billion in questionable spending and regulations during the last year.  Last week it was reported that the Department of Defense concealed findings of a report that indicated the agency was wasting $125 billion over several years on bloated bureaucracy at the Pentagon.

If Republicans in Congress and President elect Trump are serious about their promises to rein in out of control spending and waste, they can do so right away. There are no more excuses for not passing a responsible budget. No more excuses for not using the appropriations process. And clearly no more excuses to keep funding programs like the wasteful USDA Catfish Inspection program that are unnecessary and costing taxpayers millions of dollars each year.

Finally, something that Congress and the White House can get done relatively quickly in the early part of this new session is to cut back on the massive amount of regulations that have burdened individuals and businesses while costing the economy trillions of dollars over the last several years.  That includes reform at several federal agencies. Repealing Obamacare and the regulations attached to it would help small businesses who have been crippled by the law’s impact on hiring and pay practices, and it would also help individuals and families who have had to yield their healthcare decisions to the federal government. New leadership at the Environmental Protection Agency (EPA), Federal Communications Commission (FCC), and the Food and Drug Administration (FDA) can open the floodgates in terms of innovation for businesses both large and small. The rules being promulgated from these agencies (some thrown out by the courts) have wreaked havoc on the economy and stymied creativity in the areas of technology, harm reduction, and energy exploration. Congress and the White House have the chance to change the way these agencies operate and usher in a new era of incentivizing creativity to the benefit of taxpayers and the economy. Truly no more excuses for keeping the massive regulatory state in place any longer.

TPA understands that nothing gets done in a day.  But, it is important to understand that House and Senate leadership have been promising to attack the very problems highlighted.  Now, they have a White House that will work with them to get things done.   It is simple, No More Excuses.