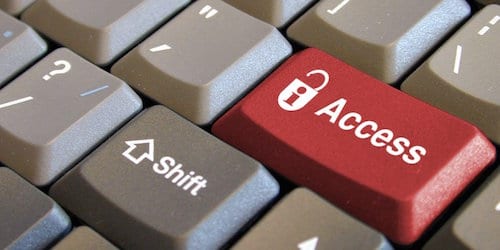 The National Defense Authorization Act (NDAA) for FY2017 is still being negotiated as House and Senate conferees are working to put together a compromise bill. The Taxpayers Protection Alliance (TPA) has always been in favor of greater transparency when it comes to the Pentagon and currently there are provisions in the Senate version of the bill that could weaken the Freedom of Information Act (FOIA) process, making it easier for government to get away with wasting taxpayer money.  At a time when deficits are on the rise and we see story after story that shows just how much money is being thrown away on defense, it is important that the FOIA process not be weakened by lawmakers, instead it should be strengthened so that all Americans are able to see exactly where their hard earned money is going. Keeping that goal in mind, TPA signed onto this letter, urging NDAA conferees to remove a particular section of the Senate’s version of the NDAA that would weaken the current FOIA process. As the NDAA moves through conference, TPA will be keeping an eye on what changes are made and how the negotiated version ultimately looks.

As you begin to reconcile the differences between the House and Senate versions of the National Defense Authorization Act for Fiscal Year 2017 (NDAA, H.R. 4909 and S. 2943), the undersigned organizations, concerned with openness and accountability, urge you to remove Section 1054 of S. 2943: “Exemption of Information on Military Tactics, Techniques, and Procedures.” This broad exemption to the Freedom of Information Act (FOIA) for the entire Department of Defense (DoD) would severely undermine the FOIA reforms just passed into law by this Congress and create an unnecessary secrecy provision at odds with FOIA’s goal of transparency for public accountability for the operations of the Department of Defense.

Last year Congress appropriately rejected a proposal to curtail FOIA through the NDAA. The proposed exemption included in Section 1054 would exempt “information on military tactics, techniques, and procedures,” from FOIA. According to the Department, the expanded exemption is needed to address concerns about giving potential adversaries advance knowledge of this information. However, Exemption 1, which shields “properly classified” national defense information from disclosure, and a host of other statutory FOIA exemptions, already addresses these concerns and more than adequately protects such information.

Furthermore, the DoD’s proposed language concerning the impact of release on operations is so broad that it could allow DoD to withhold almost any unclassified document at all related to Defense Department operations and could be used to justify concealing just about any material DoD creates. For example, DoD officials could potentially abuse their discretion to withhold information about the military’s handling of sexual assault complaints, its oversight of contractors, its drone program, and other matters of compelling public interest. The proposed language is unnecessary and clearly goes against FOIA’s originally intended purpose.

Any amendment to FOIA, especially amendments of this scope, should be referred to Committees with jurisdiction over FOIA-related issues, in this instance, the Senate Judiciary Committee or the House Committee on Oversight and Government Reform. FOIA-related legislation needs the careful consideration of those Committees, including public hearings; such care is necessary to ensure that any changes preserve agencies’ capability to withhold information which truly requires protection while preserving and promoting transparency and public accountability. That same care was afforded to the bipartisan FOIA Improvement Act of 2015, which was signed into law just last month. Granting DoD’s request from March 2015 ignores the new reforms to FOIA and allows DoD to excuse itself from the hard fought and necessary reforms passed just a few months ago by this Congress.