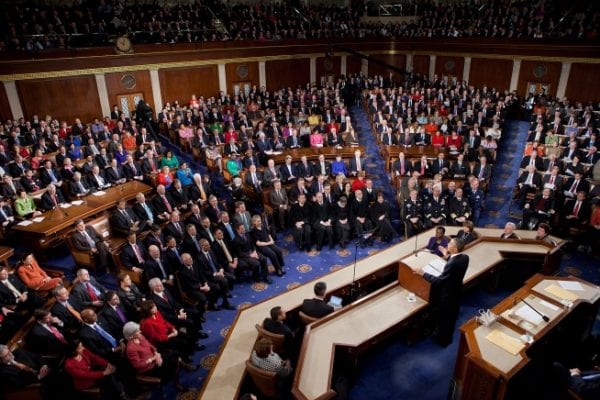 Patent litigation reform continues to be an issue that requires the attention of our elected leaders in Washington. Protecting intellectual property is a core government function that helps grow the economy and benefits both taxpayers and consumers. One of the pressing problems with patents right now and more so patent litigation are so-called “patent trolls” and how abuses of these patent trolls continues to corrupt the legal system with junk lawsuits that harm innovation and prevent real competition and expansion of the free-market that help generate a boost for the economy. Just last week, the Taxpayers Protection Alliance (TPA) signed a coalition letter urging Congress to act on patent litigation reform, specifically the Innovation Act, H.R. 9, introduced earlier this year by House Judiciary Chairman Bob Goodlatte (R-Va). Protecting Intellectual Property (IP) is important to helping the economy, taxpayers, consumers, and businesses; and reforming the patent litigation system should be a part of those efforts.

On behalf of the undersigned free-market, taxpayer and consumer organizations, we write to express strong support for the ongoing efforts to enact patent litigation reform in the U.S. House of Representatives. As advocates for a healthy innovation economy with a strong and effective patent system, we urge you to support the important litigation reforms in H.R. 9, also known as the Innovation Act, sponsored by House Judiciary Committee Chairman Bob Goodlatte, RVa.

Last Congress, a similar version of this legislation passed the House with broad bipartisan support and an overwhelming margin of 325-91. Republicans support was even more decisive, with a margin of more than seven to one.

We firmly believe these reforms are essential to buttress the structure of our patent system against predatory litigation. In so doing, it would create more clarity and better protections for legitimate intellectual property rights.

The Progress Clause in Article I, Section 8 of the U.S. Constitution establishes a patent system, first and foremost, with a mandate to “promote the Progress of Science and useful Arts, by securing for limited Times to Authors and Inventors the exclusive Right to their respective Writings and Discoveries.” Though many other provisions of the document drafted at the Constitutional Convention were divisive, this language was supported unanimously and without debate. This reflects the foundational importance our nation’s framers placed on a robust legal structure that could protect inventors’ rights in their existing creations and, at the same time, foster new inventions and innovations.

Sadly, it has become clear that the current litigation environment surrounding our patent system has become an immense burden on the very innovators and innovations that the Constitution sought to encourage and protect. Each year, abusive patent litigation drains tens of billions of dollars from the economy, creating tremendous deadweight losses, as well as a great deal of uncertainty. This, in turn, dramatically reduces spending on research and development, venture capital investment and other essential business activities.

These assertion entities, otherwise known as “patent trolls,” don’t just go after big tech companies. About half the defendants in these lawsuits are small businesses, which make easier targets since they are less well positioned financially to defend themselves in court.

Most of these businesses choose to settle, because patent litigation is risky, time-intensive and can cost millions of dollars in legal fees. Even when a claim against them is spurious, small businesses know it’s seldom a sensible business decision to put their entire enterprise on hold and risk bankruptcy in an extended legal battle.

We agree, of course, that patent-asserting entities do play a valued role in creating healthy secondary markets. However, the current civil litigation environment invites abuse and exploitation from a multitude of bad actors.

The Innovation Act would address these problems by implementing several important reforms. These include allowing judges more discretion in fee shifting; changing venue rules to limit unfair forum shopping; adopting pleading standards that appropriately identify alleged infringements; and reducing abuse of the discovery process. Together, these changes would lower the cost to defend against spurious patent claims. Companies would thus be less likely to resolve such disputes by paying out what are, in effect, extorted settlements.

With these changes, H.R. 9 would help reduce the economic harm associated with expensive and frivolous patent troll suits, while improving the overall strength and quality of America’s patent system, in accordance with the founders’ intent. The bill would bolster a system that promotes the freedom to innovate, rather than lining trial lawyers’ pockets and offering windfall revenues to patent holders who do not, themselves, add to innovation and economic growth.

We urge you to support patent litigation reform once again, to better align our patent system with its constitutional mandate and to send a message that bad actors can no longer hold the innovation economy hostage.