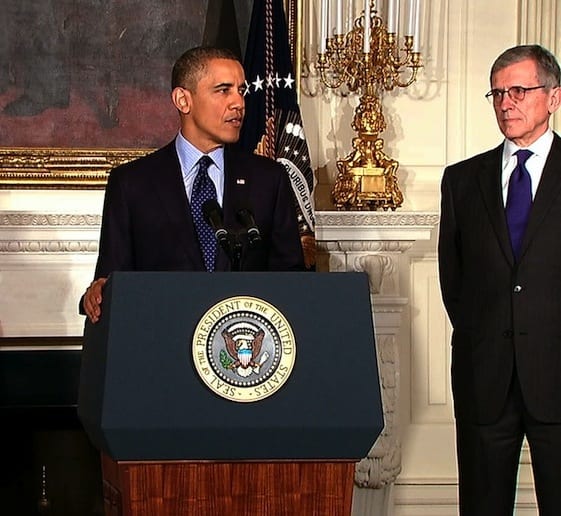 The Federal Communication Commission (FCC) is continuing with their push to make new rules for net neutrality, and Taxpayers Protection Alliance (TPA) is watching closely to see what will come from the agency’s February 26th meeting. TPA has called on Congress to act noting that the time for waiting is over because the FCC and the President are poised to move forward. Keeping that mind, TPA signed onto a coalition letter spearheaded by TechFreedom that included Americans for Tax Reform, Americans for Prosperity, Center for Individual Freedom, Competitive Enterprise Institute, Council for Citizens Against Government Waste, Information Technology and Innovation Foundation, Institute for Liberty, Institute for Policy Innovation, International Center for Law & Economics, and Lincoln Labs (as well as a group of individual signers you can see here) that detailed principles for action by Congress that would “prevent a slippery slope towards broader regulation of the Internet.”

Congress, not three unelected officials, should decide the future of the Internet.

The Federal Communications Commission (FCC) has twice tried to regulate the Internet in the name of “Net Neutrality” — and twice failed in court. Lawmakers of both parties have proposed legislation that would avoid the need for the FCC to try again — yet FCC Chairman Tom Wheeler seems intent on issuing new rules. Worse, he plans to break with two decades of bipartisan consensus that the Internet should not be subject to 1930s public utility regulation.

We worry about the unintended consequences of any form of regulation — but also recognize that legislation appears to be the only way to stop the FCC from trying to impose Title II of the Communications Act on the Internet and thus prevent years of ensuing litigation. To prevent a slippery slope towards broader regulation of the Internet, any legislative compromise must tightly constrain the FCC’s authority and discretion. At a minimum, that means three things:

1. Congress must bar the FCC from imposing Title II on the Internet. Title II was developed for the telephone monopoly of the 1930s; it is utterly inappropriate for the dynamic Internet ecosystem. Invoking Title II threatens both to impose billions of dollars of taxes and fees on consumers, undermine broadband investment, and drag “edge” companies into a regulatory morass.

2. Congress must clarify that it did not intend the 1996 Telecom Act to give the FCC a blank check to regulate the Internet. In its Verizon decision, the D.C. Circuit mistakenly upheld the FCC’s 2010 re-interpretation of Section 706 of that Act as allowing it to regulate any form of “communications” in any way the agency claims would promote broadband deployment or adoption — not just broadband companies or net neutrality.

3. If Congress gives the FCC clear rules and the power to enforce them, the Commission will not need the power to write additional rules. Congress, not the FCC, should decide whether additional rules become necessary. (Case-by-case enforcement is how the FCC’s 2010 Open Internet Order and its 2014 proposed rules would have worked anyway.)

We urge you to proceed with dispatch, but also with the utmost caution and through regular order in the normal legislative process. Only Congress can craft a solution that is appropriately narrow, avoids endless legal challenges, and puts this divisive issue behind us. Only then can we move on to many long-overdue reforms — such as opening up more spectrum for mobile broadband, clearing actual regulatory barriers to broadband deployment and competition, and updating the Communications Act for the Digital Age.