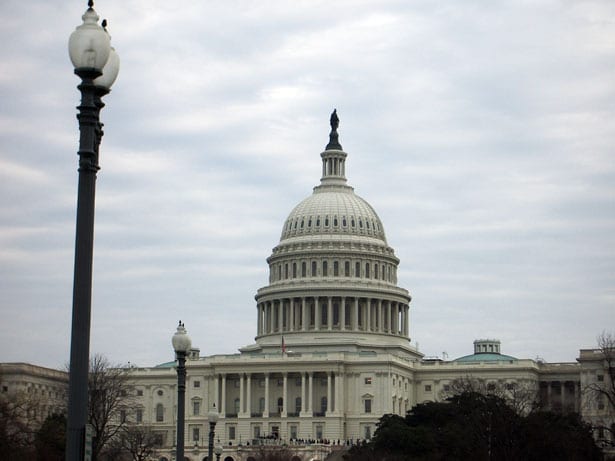 On behalf of taxpayers across the United States, the Taxpayers Protection Alliance (TPA) urges lawmakers to vote NO on H.R. 1- the “For the People Act.” If enacted, this bill would line the pockets of politicians and campaign operatives with billions of dollars in hard-earned taxpayer cash, impose significant limits on the freedom of speech, violate the Constitution through centralizing state powers, and entrench the power of incumbents and special interest groups.

Numerous organizations dedicated to protecting civil liberties have pointed out myriad problems with the legislation. But insufficient attention has been paid to how this bill rips billions of dollars away from hard-working families and gifts it to highly-paid campaign professionals.

In addition to the estimated $2.6 billion in direct appropriations authorized by H.R. 1, the Congressional Budget Office (CBO) estimates that the establishment by H.R. 1 of a new fund to force taxpayers to pay for political party machines would cost more than a billion dollars over the next decade.  The taxpayer funds would flow into three separate programs: A pilot program where the FEC would be required to reimburse any political donations made up to $25; a matching funds program where certain Congressional candidates would be able to accept campaign contributions of up to $200 from individual donors to receive federal matching funds at the rate of $6 for every $1 raised from donors; and an increased matching funds program for Presidential elections to $6 for each $1 contributed by 2028.

Using taxpayer dollars to fund political campaigns is a profoundly immoral use of taxpayer funds, forcing people to pay for political campaigns that they do not believe in. Furthermore, since over half of qualified voters did not believe it was worth voting in the 2018 congressional elections, it would be patently unfair to force them to pay for the campaigns of candidates who they did not think even worth going to the polls for.

In addition to the ethical issues associated with forced political donations, this bill would further entrench the status quo by giving an unfair advantage to incumbent politicians. Incumbents already enjoy an advantage over their electoral competitors, due to their name recognition and regular news coverage.. Matching funds would amplify this advantage, kickstarting a vicious cycle whereby other candidates are effectively excluded from participating in any fair competition.

In particular, we draw your attention to a 30 year-old matching fund program in New York City, where candidates are given up to $6 for each dollar raised. The New York City Campaign Finance Board admitted as far back as in 2004 that “the program’s requirements, instead of helping to ‘level the playing field,’ appear to have contributed to greater disparities between office holders’ and challengers’ campaign finances and . . . the Public Fund has helped to finance possibly unnecessary campaign expenses and uncompetitive campaigns.” This system has also been tried in Seattle, Washington, where voters were given $100 vouchers to donate to candidates for their choosing. As a result, hundreds of thousands of dollars were received primarily by incumbents who went on to win by large margins.

With the federal debt exceeding $22 trillion, now more than ever it would be reprehensible to give further taxpayer funding to the political class. In fact, $5.7 billion was spent in the 2018 congressional election – gifting more money via H.R. 1 is not only costly – it is immoral and unjust. We hope on behalf of taxpayers across the United States that you do the right thing and vote against this morally and fiscally bankrupt bill.