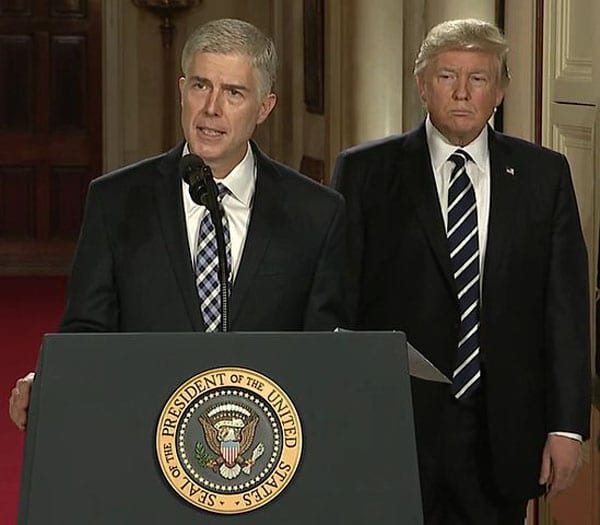 The last few weeks have been filled with a flurry of action from Congress, most notably healthcare. However, there is another major battle that has dominated the Senate this month and that’s the nomination of Judge Neil Gorsuch to fill the vacant Supreme Court seat left by the late Associate Justice Antonin Scalia. Judge Gorsuch is extremely qualified and would bring a limited government free-market approach to the bench on a host of issues. This is why Taxpayers Protection Alliance (TPA) signed onto a coalition letter sent by Americans for Prosperity (AFP) joining mor than 50 organizations urging Senators to support confirmation of Judge Gorsuch to the high court.

On behalf of the millions of Americans represented by the undersigned organizations who value freedom and liberty, we write to urge you to support a swift confirmation for Judge Neil Gorsuch to the Supreme Court of the United States.

Judge Gorsuch is qualified, experienced, and respects the Constitution. Much like the late Justice Antonin Scalia, Gorsuch is an originalist who believes that judges should follow the law as it is written – as opposed to using it to advance a narrow political or personal agenda. Consider his ruling in Cordova v. City of Albuquerque, where he wrote, “Our job is interpreting the Constitution…a carefully drafted text judges are charged with applying according to its original public meaning.”

Judge Gorsuch has also warned about the dangers of government overreach, including in or by the courts. As he aptly stated in 2013, “It is an irony of the law that either too much or too little can impair liberty. Our aim here has to be for a golden mean.”

Judge Gorsuch has proven a competent jurist since being confirmed in 2006 without opposition to the Tenth Circuit Court of Appeals. There is no reason why Judge Gorsuch should be denied either a fair hearing or confirmation to the U.S. Supreme Court.

Together, we urge you to expedite the hearing for Judge Gorsuch and confirm him to the Supreme Court in a clean but thorough process.