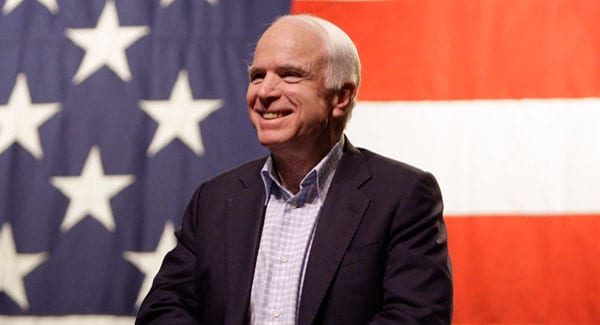 WASHINGTON, D.C. – Amidst news of the passing of Sen. John McCain (R-Az.), the Taxpayers Protection Alliance (TPA) praised the lawmaker and his outstanding legacy. The senator, who was diagnosed with a malignant brain tumor last year, succumbed to his illness on Saturday.

Williams continued, noting that, “Sen. McCain took his unflinching support for spending reform to all agencies- even the Department of Defense, which made him very unpopular with his Republican colleagues. He brought that same energy to the campaign trail, spearheading a winning message in six hard-fought senatorial campaigns even though Republican leadership chastised him during his 2000 presidential bid for fighting against earmarks. Even during his ill-fated 2008 presidential run, Sen. McCain, led a respectful campaign with then-Sen. Obama and refused to let personal attacks and fear-mongering get in the way of the core issues of the race.”

Williams concluded: “Americans will always be grateful for Sen. McCain’s military service, shaped heavily by his harrowing experience as a prisoner of war in North Vietnam. The Captain refused to give his captors any ammunition for propaganda, enduring years of torture and isolation for the sake of honor and dedication to his country. Sen. McCain never ceased serving his country through his dedication to honest government and getting rid of earmarks. Sen. McCain showed me the fiscal and moral importance of eliminating wasteful spending at every agency and holding elected officials accountable.”