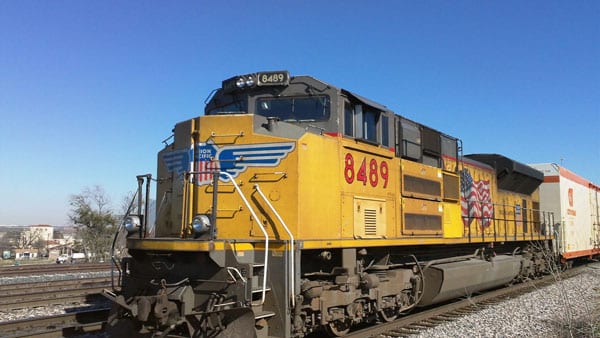 This article orginally appeared in The Daily Caller on January 11, 2017

Taxpayers are accustomed to paying for the country’s critical transportation infrastructure.  What many taxpayers may not know is that the commercial rail infrastructure is privately funded and it is working quite well.  In fact, the U.S. freight rail industry serves a critical role in the U.S. economy and benefits all American taxpayers and consumers. Yet a proposed rule by the Surface Transportation Board (STB) that would mark a significant change in direction from the industry-saving partial deregulation in 1980 could threaten this success by driving cargo from private railroads to taxpayer-funded roads.

As the public comment period for the proposal closes this week, regulators must consider the economic consequences this rule poses and abandon it for good.

Freight railroads operate on private infrastructure that they build and repair themselves, unlike trucks that use roadways consistently funded by taxpayers through transfers from the general fund to the Highway Trust Fund. And while our nation’s highways are underfunded and in a state of disrepair, the STB is about to make the problem worse with a rule known as “forced access.”

Currently, railroads provide this kind of access to competitors for a fee or if cargo can only reach its final destination using multiple railroads. Forced access would require one railroad to give a competitor access to its private rail lines. The complexity of this process – which could require more than 60 steps for a single switch and take days to complete – causes railroads to lose crucial time as they move goods across the country. Networked industries requires efficiency.

But a small cadre of rail customers are throwing their support behind forced access, and want to see more of it. They misleadingly claim it would reduce prices to ship goods by increasing competition. Shippers are already allowed to request this type of traffic switching, however, if they can prove anticompetitive behavior by railroads. This policy has been around for decades, but anticompetitive behavior has not.

These rail customers miss the fact that forced access would kill the network efficiency that has made freight rail a trusted shipping option. In fact, in comments filed with the STB opposing forced access, the world’s largest shipper, UPS, said the rule would decrease the efficiency of the rail network to the extent that it could be forced to move containers back onto highways.

This should raise an alarm bell for all Americans, considering the fact that our country’s road and highway system is already struggling and in need of money. Moving more freight on our roads would lead to further deterioration of this system – as well as more funding gaps – and taxpayers could be left to foot the bill.

Such rent-seeking by powerful industries is a perfect example of an unnecessary regulation that has little benefit for Americans. Regulators must consider how this type of onerous regulation is reminiscent of a time of rampant overregulation that pushed the freight rail industry to its darkest days.

Prior to 1980, the industry faced heavy federal regulation that hurt their ability to compete with other modes of transportation and nearly resulted in a government takeover of some rail operations. In fact, by the late 1970s, bankrupt railroads accounted for nearly 20 percent of track mileage in the U.S.

However, deregulation legislation passed in 1980 freed railroads from burdensome government oversight and overreach. As a result, railroads worked hard to build a world-class network and over the last 30 years have spent more than $600 billion of their own money on railroad infrastructure maintenance, upgrades and growth that have boosted efficiency and safety along the nation’s huge rail network.

But proposals like forced access will only hurt this success. And shippers supporting this rule should keep in mind that the increased network efficiency achieved through deregulation have helped reduce shipping rates by 45 percent since 1980.

President-elect Trump has vowed to eliminate regulations and make the United States less hostile to business.  Now is not the time to regulate essential American industries such as freight rail back to the times of unnecessary government overreach. Instead, federal regulators should consider rules that both foster private investment in necessary infrastructure and help protect American taxpayers.