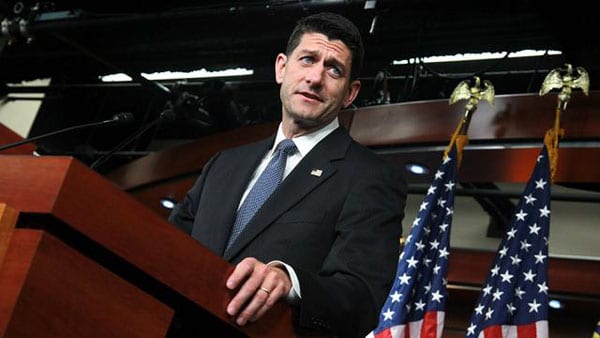 Congress and the President are crafting the fiscal year 2018 budget, with promised cuts to gargantuan programs that have long out-lived their usefulness. Recently, House Speaker Paul Ryan (R-Wisc.) signaled willingness to go beyond the standard conservative/libertarian formula of spending decreases and tax cuts. Speaker Ryan boldly suggests trying a second round of welfare reform, applying work requirements and wage incentives to programs with unchecked growth over the past few decades.

Despite the high political price that lawmakers can pay for attempting to reform welfare, updating program rules and eligibility can improve living standards for the millions of Americans on the federal dole. As can be seen in the previous round of welfare reform, strengthening work incentives and allowing for state experimentation can make the very neediest better off while saving taxpayers billions.

Despite the low level of unemployment, prosperity eludes the tens of millions of Americans unemployed or underemployed. Amongst low-skilled men and women, employment fell by 7.5 percentage points between 2000 and 2015. As University of Chicago Professor Erik Hurst notes, short-run happiness from using “social” technology (ie. Facebook, interactive video games) has lowered the immediate incentive to look for work.

That is, millennials can live off of a minimal income indefinitely, enjoying low-cost activities while delaying the big-ticket expenses that come with matrimony and child-rearing. But this happiness quickly turns to misery once these individuals reach their thirties and forties, as they struggle to belatedly enter the labor force. It seems, then, that increasing some immediate incentives to finding work can go a long way in increasing generational prosperity. Luckily, the previous round of welfare reform, passed in 1996, provides a blueprint forward.

Welfare reform, successfully pushed by a Republican Congress in the second term of the Clinton Administration, consisted of block-grants and basic federal work requirements attached onto state monies. After two years of receiving benefits, able-bodied adult recipients would be expected to support themselves through work. Additionally, a lifetime limit of five years was imposed for the receipt of federal welfare funds. For the most part, though, states were free to experiment with the funds handed to them by the federal government.

In the five years after welfare reform, sixteen states expanded their earned income tax credit (EITC) programs, in which wages for low-income earners are partially subsidized through the tax code. The results of federal work requirements and state experimentation is clear: wages and work went up, while poverty and caseloads declined. In studying the evidence, Brookings senior fellow Ron Haskins concluded, “the pattern is clear: earnings up, welfare down. This is the very definition of reducing welfare dependency.”

But welfare reform was also limited in several important ways. Not all assistance programs became subject to work requirements, condemning recipients to the “hamster wheel” of welfare assistance and poverty. Supplemental Nutrition Assistance Program (SNAP) benefits are largely exempt from work requirements, and program eligibility has been loosened over the years. As a result, food stamp participation stands at 12 percent of the American population, a sizeable jump from the 7-9 percent range typical of economic growth years in the 1980-2010 period. Data shows that roughly 1 percent of American households would go hungry if they did not have access to food stamps, suggesting that SNAP benefits serve more than the truly needy. Similar problems plague federal housing programs.

Curtailing the growth of these federal programs untouched from welfare reform would restrict funds to the truly needy, while encouraging recipients to find livelihoods that would bring long-run happiness. Proposing welfare reform has long been a perceived death sentence for rising political stars, but it does not have to be. By clearly communicating the problems currently facing our federal assistance programs, Speaker Ryan can increase support for reforms necessary to help the nation’s neediest. Through work incentives and further devolution to the states, Speaker Ryan can lift millions out of poverty while saving taxpayers billions.