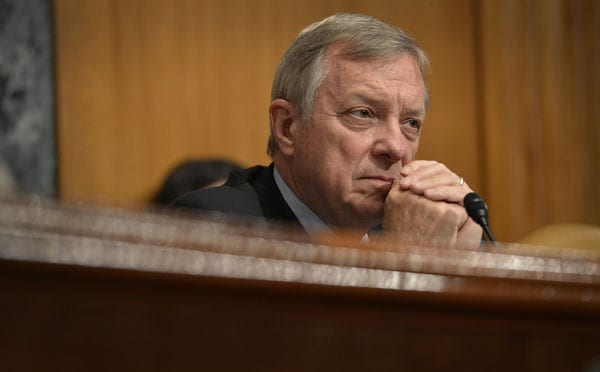 This article originally appeared in The Hill on February 13, 2017

President Trump has made his disdain for the Dodd-Frank Act clear as day. In his first weeks in office, he even signed an executive order that said his administration will roll back the most punitive parts of the law.

This week, a coalition of conservative organizations ranging from the R Street Institute to the Taxpayers Protection Alliance dispatched a letter to Rep. Jeb Hensarling (R-Texas), the chairman of the House Financial Services Committee, urging repeal of the Durbin Amendment, a provision of the law that sets price controls on interchange fees for debit card purchases. If Congress wants to help “drain the swamp,” ending this corporate giveaway would be a great place to start.

During consideration of Dodd-Frank, Sen. Dick Durbin (D-Ill.) went to the floor of the Senate and successfully inserted this anti-consumer amendment into the legislation that cannot be described as anything but cronyism.

Durbin detailed how the CEO of Walgreens, one of the biggest companies operating out of his home state of Illinois, had complained to him about the fees the corporation has to pay to card companies. “I had the CEO of Walgreens contact me last week,” Durbin said on the Senate floor, “and he told me that when they look at the expenses of Walgreens … it turns out the fees that Walgreens pays to credit card companies is the fourth largest item of cost for their business.” The Senate proceeded to adopt Durbin’s amendment, empowering the Federal Reserve Board to establish “reasonable and proportional fees for debit cards.”

Leaving aside the ethics of using the government to reduce business costs for Fortune 500 companies, the Durbin Amendment has had a devastating impact on consumers.  To help banks make up for a cash shortfall, free checking for most consumers became a thing of the past. Shortly after enactment of the law, Bank of America instituted a $5 monthly debit card fee to recoup the $14 billion in lost revenue.

While most retailers saw cost reductions as a result of the amendment, those reductions were never passed onto shoppers. In fact, a study by George Mason University School of Law professor Todd Zywicki found no evidence of cost savings passed to consumers. Instead, the researchers found that banks offering free checking fell by 50 percent, monthly holding requirements for small account holders doubled, and more than $1 million left the banking system all together.

When push comes to shove, there is no denying the amendment helped millionaire executives at the expense of American families.

Rep. Hensarling and other members of the House Financial Services Committee are stalwart conservatives. They have promised to reform Dodd Frank and there is no good reason that the Durbin Amendment should not be included in the reform package.

Thankfully, it appears that they are already on top of the situation. “We know the debate over the Durbin Amendment pits retailers against debit card issuers,” the group said. “But we think one should not focus on choosing between interested parties, but focus on principle: it is the market, not the Federal Reserve or any other bureaucracy, which should set the price of a service.”

Throughout human history, price caps have never worked. The Durbin Amendment is just the most recent chapter in a long, dark record of disastrous attempts of Washington to set prices.  It should be repealed under Trump’s watch before the rich continue to get richer, while the poor continue to get shafted.