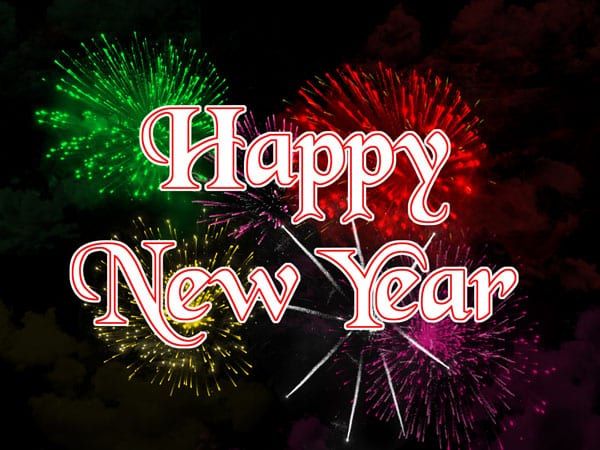 The New Year has begun, and after saying goodbye to 2016, taxpayers are ready to welcome 2017.  While many people resolve to shed a few pounds and break some bad habits, this year’s list of resolutions highlights all of the major issues that the Taxpayers Protection Alliance (TPA) will focus on throughout the year.

The resolution for Congress in 2017 is clear: No More Excuses. Washington (including the incoming Trump administration) have no more excuses for not getting things done for taxpayers. On a wide range of issues, including tax reform and regulatory reform, members of the House and Senate can longer make excuses for not doing the necessary work to fix some of the major problems impacting taxpayers. It is time for Congress to get to work. For more on Congress, click here.

Pentagon spending is out of control and the agency has no clue what they are spending money on or even why they are spending the money. TPA is calling for a full audit of the Defense Department, as well as the permanent retirement of the Overseas Contingency Operations (OCO) Account. The OCO is nothing more than a slush fund to avoid base budgeting and a vehicle for wasting taxpayer money. Retired General James Mattis will likely take control of the Pentagon and it is TPA’s hope that a 2017 resolution for the agency materializes into less spending, less waste, greater transparency, and real accountability. For more on Defense, click here.

The ban on earmarks has been in place for more than five years and yet time and time again TPA has exposed billions of dollars in Congressional earmarks (mostly at the Pentagon). In 2017, the resolution for earmarks is for Congress to simply follow the law and ensure there are no more earmarks. The final month of 2016 was a good start to this resolution as a revival of earmarks was defeated.  Also, there was no Omnibus bill, which is usually the legislative vehicle to hide earmarks. Hopefully this year will be earmark-free. For more on Earmarks, click here.

In 2017, a resolution to make energy more affordable is exactly what taxpayers and consumers need. The federal government should not hinder efforts to explore and expand America’s own energy resources. Unfortunately, President Obama is using his final weeks to hinder these efforts with more regulations. The other component to make energy more affordable and abundant is to end the subsidies to failing energy technologies. Distorting the market by propping up failing industries (like solar power) with billions of dollars in taxpayer money must come to an end this year. For more on Energy, click here.

Many federal agencies are out of control and in 2017 they must be reformed so that taxpayers can be assured that agencies are working for them and not against them. The Federal Communications Commission (FCC) must resist further regulations that harm innovation and technology. The Environmental Protection Agency can no longer promulgate rules that cripple businesses. The Food and Drug Administration should embrace harm reduction products and allow them into the marketplace. The coming year should bring a new approach from what has been essentially bureaucracy on steroids. For more on Federal Agencies, click here.

TPA’s resolution for Healthcare in 2017 begins with a task for Congress and the White House: Repeal Obamacare. The disastrous healthcare law signed in 2010 has wreaked havoc on taxpayers and businesses, raising healthcare costs all across the nation. Replacing the law with a more free-market approach that focuses on quality and access, while maintaining the importance of the patient-doctor relationship will bring the real reforms needed to our healthcare system. The selection of House Budget Chairman Tom Price (R-Ga.) to lead the Health and Human Services Department is a great start. For more on Healthcare, click here.

Protecting Intellectual Property (IP) at home and abroad continues to be a priority for TPA and in 2017.  And, it is a resolution that will take on greater importance as threats to IP continue. Copyright reform and other IP-related issues will dominate the coming year and Congress should be ready to address them head on. TPA will do our part to protect and champion IP rights wherever they are under attack. For more on Intellectual Property, click here.

TPA has always been concerned with how taxpayers are impacted by domestic policy, but on the International stage taxpayers are also at risk. In 2017, TPA is resolving to make sure that taxpayers are protected from organizations like the United Nations (UN) and the World Health Organization (WHO). The UN and WHO use taxpayer money to undermine press freedom, transparency, IP, and other ideals that the United States holds high. Congress must play a larger role in oversight to make sure that these agencies are held accountable. For more on International Issues, click here.

Reforming the United States Postal Service (USPS) is critical in 2017 and it’s an important resolution for ensuring that the agency can continue to survive. After years of billion-dollar losses, there are absolutely no more excuses for not fixing the USPS. There must be real reforms like ending Saturday delivery and office closures that will help save costs. There must also be reforms in leadership on the Board of Governors. Finally, service must be reformed and that starts with not increasing rates and putting the focus back on letter delivery and staying away from things like grocery delivery, which already have a place in the private sector. For more on Postal Reform click here, and visit our Postal Reform website here.

The cost of regulations is nearly $2 trillion each year and is crippling the economy and preventing businesses from expanding and innovating. This year should be a year of breaking down the regulatory state (expanded by the Executive Branch over the last several years) and making a resolution to provide businesses with a climate where they can be successful. This goes hand in hand with reform at all Federal Agencies. For more on Regulation, click here.

Getting spending under control is an important resolution for 2017.   There are many things that can be done to make that a reality. Congress moving back to regular order is the first step that will help return to real budgeting and accountability. Fixing the appropriations process will help to cut waste, eliminate earmarks, and reduce spending. House Speaker Paul Ryan (R-Wisc.) and Senate Majority Leader Mitch McConnell (R-Ky.) must get away from the broken process of the past several years, filled with short-term spending bills and massive Omnibus bills. They have no more excuses not to get this done. For more on spending, click here.

TPA is using this resolution to promise more action to highlight and expose policies and initiatives at the state level that will cause harm to taxpayers. Government broadband, crony bailouts (like the nuclear plants in NY and IL), and excise taxes will be major battlefronts for TPA and other groups involved at the state level. The goal is to make sure that taxpayers are protected from these types of schemes designed to take money from the public that is wasted by elected officials in the states. For more on State Issues, click here.

TPA’s 2017 resolution on taxes starts with Tax Reform. It has been more than thirty years since the last time comprehensive tax reform was accomplished.  The pieces are finally in place to get something done to overhaul the code and make rates and compliance simpler for individuals and corporations. Tax reform is TPA’s top 2017 priority and it must be the top priority for Congress and the White House. Lowering individual and corporate rates along with simplifying the code will boost jobs and the economy, while providing a competitive environment for small and large businesses. For more on Taxes, click here.

This resolution covers many areas that will be of great focus next year. Reforming the FCC, fighting against government broadband schemes in several states, encouraging innovation in the sharing economy and harm reduction space, and promoting the increased protection of intellectual property rights at home and abroad. There will be plenty of work to get done in all of those areas, and TPA will be ready to take them on every step of the way. For more on Telecommunications and Technology click here and here.

As the New Year begins it’s clear there is a great deal on TPA’s agenda, and it is likely that new issues will surface throughout 2017.  This is the year of No More Excuses.  Congress and the President-Elect Trump know what needs to be done.