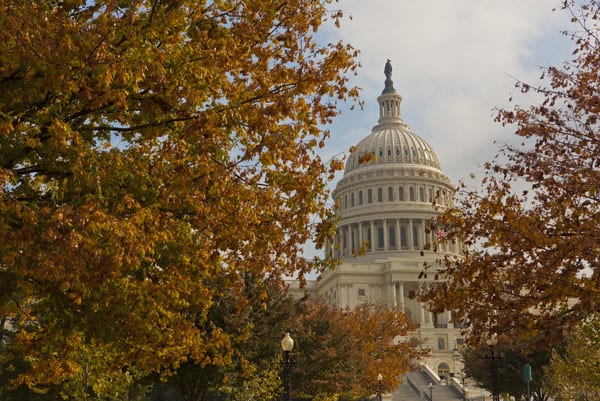 Summer Reading: Back to Work Edition

By now, lawmakers should have put gas in their car, triple-checked Waze directions, and bid adieu to their constituents in preparation for the Fall session. It wouldn’t be surprising if some lawmakers are dragging their feet in making travel preparations for Washington, DC; members of Congress, after all, are experts in defer and delay. It doesn’t help that there’s a “yuuuge” pile of unfinished work left for members of Congress to attend to, ranging from spending bills to passing a fiscally responsible Farm Bill.  This list doesn’t even take into account the other issues like intellectual property protection or Social Security Disability Insurance (SSDI) reform. To help lawmakers procrastinate just a little while longer before getting back to work, the Taxpayers Protection Alliance (TPA) prepared a Summer Reading to enlighten members of Congress on the issues they need to tackle before the midterm elections.

Before getting to much-needed tax and regulatory reforms, members of Congress must work together to avert an end-of-September shutdown. Lawmakers only have 11 days of session to fund the government and avert a government shutdown.  They will surely leave town as soon as possible at then end of September so they can go home and convince their constituents why they should be re-elected.

There is a problem with this end-of-fiscal-year scenario playing out smoothly.  The House and Senate are worlds apart in agreement on preferred funding allocations across agencies. While TPA applauds the President for declaring omnibus bills off-limits, the pile up of separate spending legislation will inevitably cause headaches for lawmakers trying to keep the federal government up-and-running. But, no matter when they pass the spending bills, there hasn’t been any real attempt to rein in the trillion-dollar deficit slated for this year.

“Congressional leadership is trying to get nine of its 12 annual spending bills signed into law before the new fiscal year begins on Oct. 1. Instead of taking its traditional August recess, the Senate stayed in session to complete passage of the nine bills, zooming ahead of the House, which has only passed eight.

But challenges remain. The House and Senate have not yet successfully worked out key differences in any of the bills that have passed and have only a handful of legislative days in September to sort through those differences. The two chambers have not even agreed on how to allocate the spending among the different agencies, something they will need to work out before any of the bills can be sent to the president’s desk.

Congressional Republicans want to avoid lumping all the bills together because Trump had previously vowed never to sign another omnibus spending bill.”

One particularly pressing issue bound to cause gridlock leading up to the midterms is border wall funding. Unfortunately, any compromise that involves border wall funding is bound to be prone to waste and cost overruns. As TPA has previously pointed out, large governmental construction ventures tend to have cost overruns of 20 percent or more, and construction cost estimates continue to rise for the endeavor. Earlier, optimistic cost estimates by the Trump administration failed to account for eminent domain costs and habitat destruction which American (not Mexican!) taxpayers would surely foot the bill for.  In an August report, the Government Accountability Office (GAO) critically evaluated the U.S. Customs and Border Protection’s (CBP) efforts to design/locate future barriers:

“DHS plans to spend billions of dollars developing and deploying new barriers along the southwest border. However, by proceeding without key information on cost, acquisition baselines, and the contributions of previous barrier and technology deployments, DHS faces an increased risk that the Border Wall System Program will cost more than projected, take longer than planned, or not fully perform as expected. Without assessing costs when prioritizing locations for future barriers, CBP does not have complete information to determine whether it is using its limited resources in the most cost-effective manner and does not have important cost information that would help it develop future budget requests. Without documenting plans to require CBP to follow the DHS acquisition process for the San Diego barrier segment, DHS may not establish cost, schedule, and performance goals by which it can measure the program’s progress.”

Assuming Congress is able to overcome their differences, and iron out spending/border wall issues, a mountain of legislation remains in the hopper. Chief amongst the unaddressed volumes is the Farm Bill, which will likely leave in place disastrous price controls, subsidies, and quotas for leading agricultural products like sugar. While there are some promising changes included in the existing House bill, including introducing work requirements into the food stamp program, the continuation of government interference in commodities keeps prices high for consumers. Heritage Foundation senior fellow Daren Bakst describes some the current problems with farm policy that short-change an overwhelming majority of Americans:

“These two new programs go far beyond providing farmers with a safety net. The ARC [Agriculture Risk Coverage] program removes virtually all risk associated with producing and marketing the crops that the program covers. Farmers selecting this option receive taxpayer-funded subsidies for even minor losses—losses that often can simply be attributed to normal business risk.

The reference prices in the PLC program were set so high for some commodities that payments will likely be triggered from the outset. For example, the reference price of corn was set at $3.70 per bushel. The annual long-term projections from the U.S. Department of Agriculture (USDA), released 10 days after Congress passed the farm bill, projected corn prices to be lower for all five years (2014–2018) of the farm bill. The average annual price was $3.47 per bushel. Congress chose not to wait for this more accurate data, but instead relied on outdated Congressional Budget Office (CBO) price projections that estimated a $4.53 per bushel annual average price for 2014–2018.”

The sugar program creates similarly large unintended consequences for consumers and taxpayers, affecting the price of a large majority of products sold in the United States. TPA policy director Ross Marchand explains the current program, and why reforming the program would save consumers billions of dollars:

“Under the current U.S. sugar program, a deadly duo of quotas and tariffs buoys the price of sugar to the detriment of many and benefit of few. Foreign imports are strictly limited by existing legislation, forcing confectioners and bakers to foot the bill for sugar prices 9 cents per pound over the world market average.

Given that Americans consume more than 50 billion pounds of sugar every year, artificially high sugar prices cost American customers up to $4 billion each year. Understandably, the 5,000 well-heeled agribusinesses benefiting from this arrangement aren’t exactly eager for the program to go away. The sugar lobby claims that American jobs would be threatened by opening up the sugar program, but there’s little evidence to support this claim. And, estimates of job losses fail to consider the negative effect that the sugar program has on small sugar-purchasing businesses.”

A smorgasbord of reforms is needed to revitalize the American agricultural sector, yet all indications point to a continuation of the status quo.

Lawmakers need to hit the ground running in September, ensuring they have the time and bandwidth to tackle issues such as farm policy reform. But members of Congress needn’t worry just yet- there’s still Labor Day weekend to enjoy that last Mai Tai.