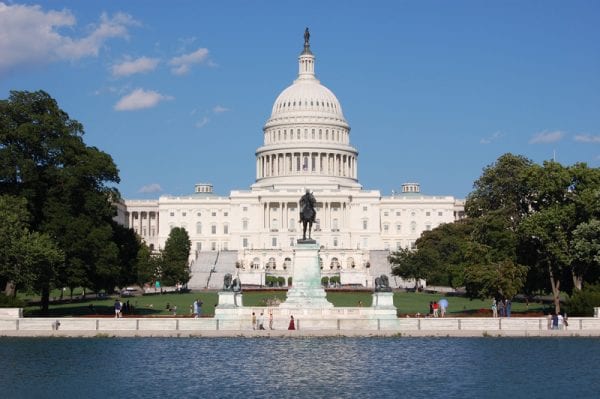 In an election year there is rarely optimism about the ability of Congress to get big things accomplished.  This year has just begun, and while the campaign for the White House is in full swing there is still an appetite in Congress to get moving on important items including tax reform and trade. However, another area that Congress should focus their attention on and keep momentum going is patent litigation and venue reform.

The Taxpayers Protection Alliance (TPA) believes in the foundations of intellectual property (IP), the importance it has to the overall economic health of the economy.  Protecting IP will benefit taxpayers and ensure the success of small and large businesses.

Laws that encourage innovation and creation are key to ensuring that IP can be abundant, and worth the time and investment from those in the private sector; which impacts jobs and economic output. That logic applies even when it comes to the rules that govern patents in the United States today.  Unfortunately, there are still some glaring problems with regards to how the law treats this area of IP.

The growing problem within the patent system could be no clearer than with data from the 2015 Patent Dispute Report.  The report, published by UnifiedPatents, detailed some of the most alarming trends and why the problem with patent litigation is nowhere near being solved.

These stats are troubling and the trend is likely to continue into 2016 and beyond if Congress continues to delay action.  But, the good news is that there is legislation and House and Senate leaders continue to make progress on moving towards a vote on bills that the both chambers have put together.

TPA is still pushing for the House to put H.R. 9, The Innovation Act, on the floor for a vote. The bill was introduced by House Judiciary Chairman Bob Goodlatte (R-Va.) and would provide needed fixes to the patent litigation system including venue reform, which is critical since most of the patent disputes right now sit in a single district.

The cost of business is getting unaffordable and the increase in patent disputes is a contributing factor for many of those businesses. On average, businesses are paying $1.3 million to settle the disputes out of court or an average of $1.75 million if they decide to take it to trial. Unfortunately, those legitimate businesses rarely win and even when they do there is no way for them to recoup their legal fees.

Highlighting the importance of the issue, the battle ahead this year, and the confluence of all the stakeholders involved, there was a panel at the 2016 Consumer Electronics Show (CES) in Las Vegas, NV. The panel (which you can watch here) featured Michelle Lee from the Commerce department, Lee Cheng from NewEgg.com, Rep. Darrell Issa (R-Calif.) and others. Mr. Cheng noted the importance of getting patent litigation reform right:

“We need to protect the little guy. It’s the little guys that are the real entrepreneurs who are trying to start companies whose business are harmed by the ability to abuse the patent system. So reform, despite much positive legislative change, is absolutely necessary.”

Protecting IP is important to ensuring a competitive economy and a business climate that encourages innovation. Reforming and strengthening the rules on patent litigation will embolden creators, benefit consumers, and protect businesses. All of which is good for taxpayers.