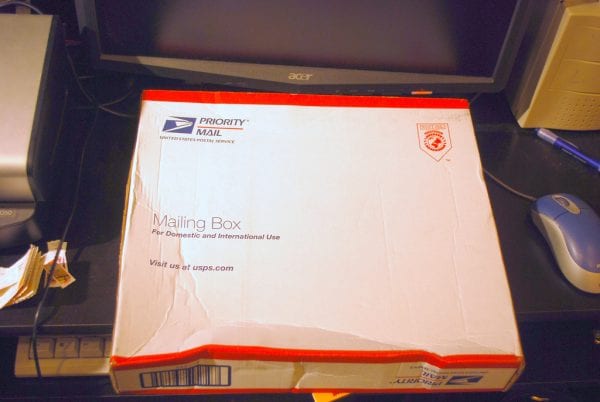 This article appeared in The Hill on November 14, 2016

Weeks before the U.S. Postal Service begins to brag about all of the packages they will deliver during the upcoming holiday season, they will close the books on their 2016 fiscal year. And, based on a recent release, the Postmaster General and Chief Financial Officer will unveil their financial results on Nov. 15. If history is any guide, this will not be a very proud moment for the leadership of the United States Postal Service (USPS) with billion-dollar losses expected.

In 2014, the USPS lost $5.4 billion and added another $5.1 billion loss in 2015. Through three quarters in 2016, they have already lost $3.3 billion and all signs point to more of the same. Unfortunately, anybody who has been following the Titanic-like sinking of the USPS won’t be surprised at more losses.  And, the numbers won’t be a shock considering how the USPS continues to expand services that consistently lose money.

Racking up nearly $40 billion in debt since 2011 and operating with over $116 billion in outstanding debt and unfunded liabilities, the financial issues that plague the USPS are extremely worrisome. It is difficult to find any other organization with such large financial deficits that has not already gone bankrupt.  And, any other entity that would mount such losses would demand radical leadership changes at the top of the organization.  Not the USPS, they seem content with the same failed leadership.

The USPS provides every American the invaluable service of letter mail delivery no matter where they live, at an affordable rate. Through holiday and birthday cards, mortgage payments, car payments, and a variety of other purposes, all Americans benefit from this service.

While it is their most profitable service, the U.S. Postal Service has continually turned their back on postal customers, increasing rates and allowing service to decline with late mail increasing by more than 50 percent. Being a monopoly like the USPS means never having to say you’re sorry for poor service and arbitrarily high rates.

Instead of focusing on their profitable business (First Class mail delivery), USPS has ventured into a number of other debt-driven services including grocery delivery, chocolate delivery, and package delivery services, which includes a special agreement with Amazon. The more specialty deliveries they perform, the more their debt increases.

The USPS has lost their focus on the core service of mail delivery. No organization the size of the U.S. Postal Service is allowed to operate both a government-protected monopoly and compete with private enterprise. To undercut private companies, they are able to provide below market rates and subsidize those ventures through profits generated by monopoly products like letter mail delivery.

Absent a miraculous fourth quarter performance, the USPS is going to report its tenth consecutive year with a multi-billion dollar loss in 2016. Individuals and groups from the left and the right have voiced their concerns about the future of the U.S. Postal Service in light of their continual financial woes.

This year’s election should provide a great opportunity for Congress and the President to show leadership and set the USPS on a path towards reform. While many have grown immune to the massive debt that the USPS accrues with each fiscal year, the USPS needs to return their focus on their profitable products and on a path towards financial sustainability.

The (multi) billion-dollar question is how much more debt can be sustained until a taxpayer bailout is necessary?  And, when will the USPS management make the necessary business decisions that ensure this vital quasi-government entity can survive?

The months to come will likely trade campaign advertisements for ads touting the many holiday packages being delivered by the USPS at below market rates. Until they get focused on profitable services and better management practices, their debt will continue to spiral further out of control.