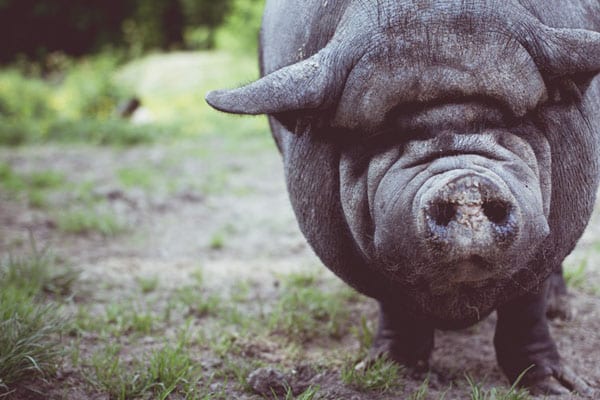 This article originally appeared in The American Conservative on January 15, 2018

Solutions to Congress’s unprecedented partisan gridlock are a dime a dozen these days. Recently, pundits have lined up to defend the idea, touted by the president and congressional leadership, of resurrecting earmarks as a way to foster legislative compromise. Prominent blogger and Bloomberg View columnist Tyler Cowen provides an interesting conservatarian take on why the earmark ban has harmed the functioning of government and the advancement of free-market policy.

This line of argument is simple: lawmakers are more inclined to sign onto “ideological” bills (i.e. broad-based deregulation) if leadership throws them a bone (read: earmarks). Cowen summons a transactional view of government, where lawmakers cross over to support legislation if the bill’s backers secure funding for their districts. Examples have piled up over the years: $50 million for an indoor rainforest in Iowa, $500,000 for a teapot museum, $100,000 for the Tiger Woods Foundation. It’s at least plausible, then, that the era of runaway partisan brinkmanship and congressional inaction stems from the 2011 earmark ban pushed by newly elected Tea Party lawmakers.

But the story of earmarks certainly doesn’t end with the Capitol Hill ban. Predictably, legislators have found ways to circumvent the new policy and bake “inducements” into gargantuan defense and infrastructure bills. To go around existing rules, though, members of Congress have had to craft vaguer language that doesn’t quite guarantee district funding.

For example, in the House appropriations process for the Department of Defense, Congresswoman Betty McCollum managed in the post-ban years to secure hundreds of millions of dollars for body armor production that would probably benefit 3M operations located in her district. (When the Army decided that the level of specific body armor manufactured by 3M was unjustifiably high, funding shifted to lighter armor production outside of Minnesota.) In transportation bills, appropriators tweak state funding formulas in ways that benefit certain districts disproportionately. Leadership is still able to goad lawmakers, but they now have less control over which specific local projects will get funded.

It can be argued that these and similar examples make the case against the supposed ban by showing how the new system has placed a tax of uncertainty on earmarks, making them a less flexible tool for lawmakers to use. But Congress has a way around this uncertainty: they can contact agencies and request that specific line items be included in appropriations.

This process of  “lettermarking” (or, in some cases, “phonemarking”) allows legislators to effectively get around the earmarking ban—but there’s a catch. Research shows that lettermarking is only really effective if multiple lawmakers write to request the same type of line item. For example, R Street Institute, a nonpartisan public policy think tank,  found that, when it came to Small Community Air Service Development grants, it took multiple lawmakers writing in unison to get funding inserted. This stacks the deck in favor of programs with benefits spanning multiple districts, as opposed to, say, an earmark funding a statue of a lawmaker. This earmarking by other means hardly represents government at its finest. Nonetheless, the rise of lettermarking and phonemarking have made for earmarks that are less interesting—mariachi music studies and strange museums are largely behind us. That’s a good thing.

Despite the change in the volume and quality of earmarks, leading lawmakers still have little issue making use of the practice when the going gets tough. In other words, the “earmark tax” is far from prohibitive. In the Senate compromise bill that brought the government shutdown of 2013 to an end, appropriators lifted an Army Corps of Engineers spending cap on dam construction in then-Senate minority leader Mitch McConnell’s home state of Kentucky. This and other narrowly crafted provisions in the bill benefiting power brokers might have easily been contested prior to the shutdown.

But does this earmarking by other means actually work? In the current budget standoff, the issue of choice (immigration) could be different, but the same calculus will ensure that there’s wheel greasing, in this case over disaster aid relief, which congressional Republicans have broad discretion to selectively dole out. Yet rather than this being a panacea for the immigration standoff, disaster relief negotiations have come to a standstill over the “Dreamer” dispute. The earmarking process didn’t successfully break up legislative gridlock. Indeed, this sort of dysfunction in the budgeting process was growing well before the earmark ban, as seen in the declining percentage of appropriations bills enacted on time from the late 90s onward. In seven of the 10 years prior to the ban, less than 10 percent of appropriations bills were enacted on time.

Contra Cowen, an earmark desert has not dried up any and all possibility of compromise. In fact, wasteful line-item spending is still far too high, as dubious programs green-lighted by lawmakers are now approved by bureaucrats with their own agendas. Congress should maintain its credibility by keeping the current, indirect system, while clamping down on wasteful, aimless agency spending. This, to be sure, is a fine line, but it beats reinstating the corrupt old earmarking order. Travesties such as the bribery scandals of the mid-2000s and the thousands of “special projects” undergirding President Bush’s 2005 infrastructure package eroded credibility in government and took away money from more important priorities.

While there’s an understandable urge to do something to end Congress’s budgeting by continuing resolutions, bringing back earmarking is a non-starter. Resurrecting a failed process to “fix” another failed process will only leave taxpayers with a gargantuan tab.