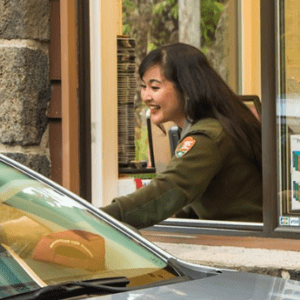 This article originally appeared in Inside Sources on January 15, 2018.

Republicans and Democrats continue to be at loggerheads over the government shutdown, with no signs of an impasse over border wall funding. There’s little that can be done to change the minds of members of Congress and the administration. But, if underlying ideological issues can’t be solved, the pain of shutdowns can at least be abated in the case of future disputes with the expansion of user fees.

While vast swaths of the government remain shut down, the exceptions are the agencies and sub agencies that rely on user fees for operations. Increasing governance by user fees would keep the government up and running and ensure that taxpayers aren’t bilked for government services or issues that don’t concern them.

More than three weeks into the shutdown, citizens are all-too-aware of the consequences of a government not working. Images of garbage strewn across national parks have spread across the web, and visitor center closures at America’s most iconic landmarks have forced visitors to change plans at the last minute.

In addition to relying on volunteers, the National Park Service is taking the “extraordinary step” of tapping into user fees to keep bathrooms open and maintenance up-and-running. Theresa Pierno, president and CEO for the National Parks Conservation Association, accused the administration of “robbing money collected from entrance fees to operate our national parks during this shutdown.”

User fees should not be seen as a particularly radical or extraordinary way to rely on entrance fees to fund basic operations. Surely, it wouldn’t be seen as radical to rely on ticket fees at a botanical garden or opera house to make sure there’s enough toilet paper. In fact, national parks used to rely almost entirely on user fees until Congress capped user fees and forced said fees to go to the U.S. Treasury (in 1917 and 1918 respectively).

Nor do fees appear to dampen attendance by the poor. In fact, the Fee Demo Program of 1996, which applied to around a third of America’s parks and gave park management unprecedented ability to charge fees, did not affect visitation “in any significant way” according to land management agencies.

Other areas of government with the ability to tap into user fees also find themselves with more options in the midst of the shutdown. While the FDA’s food inspection service relies on general funding and is thus shuttered, the drug and medical device side of operations is still running, thanks to company funding. When medical device companies register companies and submit products for approval, they typically pay thousands of dollars in user fees to the agency.

Device Events CEO Madris Tomes worked at the FDA during the shutdown of 2013, and described how, “The pre-market reviewers continue work on approving/clearing new devices as long as the application was received prior to the shutdown. This is because they are funded by MDUFA (industry fees).”

The approval process for innovative “heat-not-burn” tobacco products and the health claim process for smokeless tobacco products is also funded by user fees, ensuring that committee hearings continue to operate on schedule. If taxpayers footed the bill, the Tobacco Products Scientific Advisory Committee hearing for health information labeling on Copenhagen Snuff would likely be pushed back past the February scheduled date, meaning that tobacco consumers would have to wait longer for accurate health information on their products.

User fees are, of course, no panacea. Thousands of workers are bound to be furloughed any time a dispute cripples the debate over federal budgeting. But user fees would at least lower the stakes and allow regulatory operations to resume as normal. Fees in lieu of general funding also ensure that local spending goes to local priorities instead of spending going from taxpayers in Maine to bureaucrats in Washington, D.C., to park users in Wyoming. With an alternative way to fund government, park users and tobacco consumers needn’t wait for D.C. loggerheads to abate.