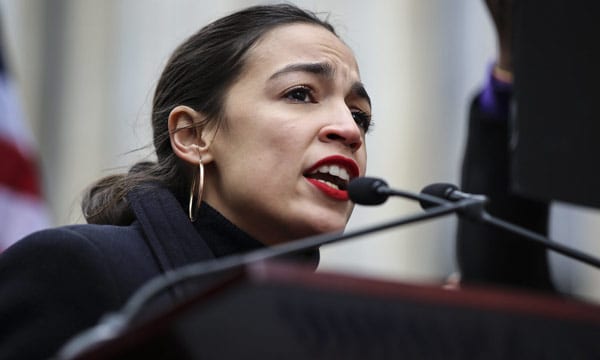 It makes no sense to give lawmakers more cents

This article was originally published on The Fulcrum on June 28, 2019.

Marchand is the director of policy for the Taxpayers Protection Alliance.

“We want a raise!” is a sentiment that many can relate to … up to a point. Even though congressional salaries have been frozen for a decade (at $174,000 a year plus generous benefits), taxpayers across the country are understandably outraged that members of Congress are trying to vote themselves a raise. The issue appears to have been shelved for the time being, but will surely be back on the agenda sooner rather than later.

Some supporters of a pay hike argue that even higher compensation would attract better talent and deter members of Congress from pursuing lucrative lobbying jobs at the end of their tenure. In reality, America is stuck with the same jokers whether their salaries are set at $1 or $1,000,000. The best that taxpayers can do is hold members of Congress accountable for their reckless spending. The best Congress can do is to actually do something to prove they have earned the raise.

Since enactment of a 2009 law blocking automatic cost-of-living increases for members of Congress, lawmakers’ salaries have fallen 16 percent in inflation-adjusted terms. It’s far from obvious that this salary slide is a bad thing, considering that members of Congress make more than thrice the median full-time U.S. worker (who earns less than $50,000 per year). This assumes that the typical American worker and member of Congress log a similar number of hours, which is far from the case. John Q. Taxpayer is expected to show up to the office around 260 days out of the year, versus almost always less than 190 days for lawmakers! And for America’s representatives and senators the (potentially lifelong) health insurance benefits are great, and the free gym, parking, and million-dollar annual allowances for staff and travel aren’t too shabby either.

But maybe Rep. Alexandria Ocasio-Cortez is right, and it is just too difficult to afford to rent two apartments on a $174,000 budget. Bear in mind that median D.C. household incomes are around half that of the base congressional salary, and the median Washingtonian can usually find an affordable one bedroom apartment within a reasonable commute to downtown. A member of Congress can find a perfectly nice, spacious apartment in a pleasant building in a suburb such as Greenbelt or Deanwood, Md., for under $1,500 per month.

But maybe even $174,000 isn’t enough to keep America’s public-spirited defenders from falling into the clutches of K Street. A recent op-ed in this publication argues that “record numbers of legislators are now going to work for big bucks on K Street.” Lobbying has inevitably increased over the past 50 years, as far more federal expenditures are at stake (outlays per person have doubled in real terms) and industries have done their best to respond to existential threats.

But, since the congressional pay freeze came into effect a decade ago, fewer retiring/defeated lawmakers have opted to go private. The Center for Responsive Politics (hardly a right-wing outfit) has found that, from the 111th Congress through the 115th Congress, the number of lawmakers going to work for a lobbying firm, advising a lobbying client, or banking a job with any other private company has gone from 59 to 33. The number continually declines year over year, election year or not.

And there just doesn’t seem to be much evidence that members of Congress are getting squeezed by low salaries and jump ship in panic. Representatives typically run for office after successful careers, and spend an average of 17 yearsin the House before retiring from service. Besides, some of the best-known (read: notorious) lawmakers turned lobbyists – such as Evan Bayh, Kay Bailey Hutchinson, and Heath Schuler – had net worths well into the millions before leaving Congress. Maybe, just maybe, these politicians like staying close to the action and wheeling and dealing, regardless of their finances.

If members of Congress really want their salaries boosted, they should make their case to the American people why they deserve it despite record debt and general inaction. But as is, the salaries and perks are more than sufficient and haven’t seemed to fuel the growth of K Street. There are few bargains in this world, and raising the pay of a well-off, well-connected throng of political elites certainly isn’t one of them.