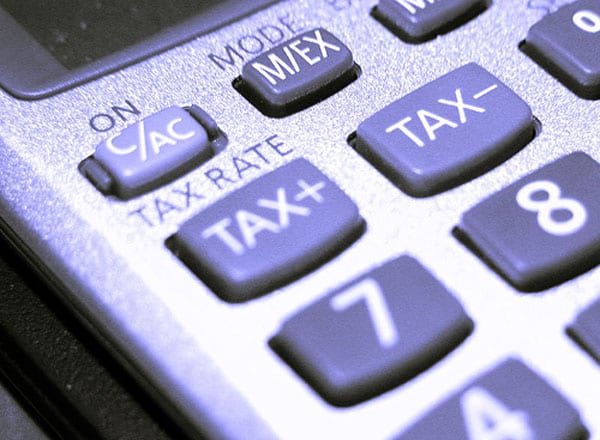 Interest Deductibility and Full Expensing are Possible in Tax Reform

Transforming our nation’s moss covered tax-and-regulatory apparatus will take patience and consensus building, as demonstrated by the latest row over health care reform. Eager to reset the tone on policy reform, Congress and the Trump Administration will attempt a gargantuan rewrite of the tax code (the first since 1986). But, gone are the days when the Republicans can get away with claiming “tax reform” by only slashing individual rates. Business owners have grown weary of the cumbersome filing process that creates just another barrier to hiring and expanding.

In particular, firms trying to write-off assets such as computers and furniture must grapple with a complicated depreciation schedule which favors some industries but condemns others to high tax burdens. Firms focused on acquiring the latest technologies are especially at a disadvantage, given how quickly the lifespan of “average” machines change. According to the IRS, computers have an asset life of 5 years, but this determination rewards companies that hold onto their computers for the full five years.

Persuaded by research showing that a two-year replacement cycle is better for their productivity, the one-size-fits-all depreciation schedule harms companies.  And, as Mercatus scholar Jason Fichtner points out, a protracted depreciation process harms industries like pipeline transportation and advertisement that rely on comparatively little labor. While employees’ salaries can be immediately and fully expensed, tangible equipment like trucks and copy machines cannot be written-off right away.

And punishing companies for relying more on machines leads to less productivity for businesses and resulting higher prices for customers. The Trump and Ryan plans remove these distortions by allowing businesses to write off 100 percent of the value of business assets in the first year of ownership. This proposal wisely encourages businesses to invest in new technologies needed to grow their operations, rather than fretting about specific IRS deduction rates.

But with the Ryan plan comes one key caveat: the removal of interest deductibility for businesses. Under the current tax code, companies can finance their growth through borrowing money, and writing off any interest payments off of their taxable income. Struggling, debt-reliant industries such as real estate benefit immensely from interest deductibility, and are lobbying heavily against any limitation. Proponents of nixing interest deductibility claim that the provision is constantly gamed by companies that borrow money from other companies with lower tax rates.  The borrowers can write off huge sums, while the lenders don’t have to pay high marginal tax rates on interest income.

Despite concerns about interest deductibility, supporters of the Ryan plan are missing a pivotal detail in their campaign to axe the popular tax provision. Disallowing interest deduction would amount to a double tax, since each dollar expended by a borrower to repay a lender would be taxed on the tax returns of both parties. And of course, double taxation distorts decision making by rendering debt artificially more expensive than other forms of financing.

Congress and the Executive Branch can navigate the thorny issues of asset expensing and interest deductibility by permitting one while limiting the other will inevitably favor certain industries over others.  This will result in widespread cronyism and a pathology of privilege. In contrast to the Ryan proposal, the Trump proposal would permit companies to “go their own way” on tax reform and choose between immediate expensing and interest deductibility. According to the Tax Foundation’s analysis, letting companies choose between the two benefits would add around $120 billion to the economy over the next ten years, compared to the failed status quo. Additionally, the proposal would show that large debtor companies and their nimbler, investor-funded competitors needn’t be foes in the tax reform process. Bringing everyone around the table ensures that future legislative efforts are built on collaboration, not disarray.

With this unity, tax reform can be enacted that slashes rates, levels the playing fields between companies, and propels economic growth for decades to come.