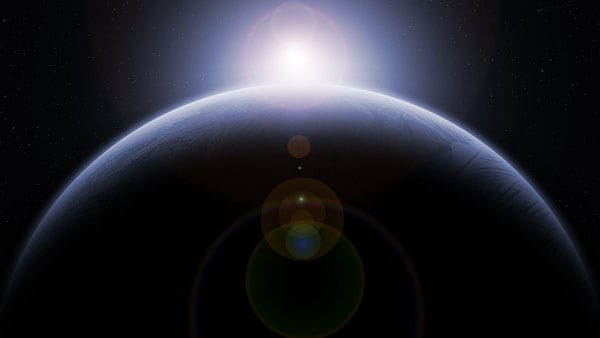 As a child of the nineties, nine planets in our solar system will forever be lassoed to my memory by a silly pneumonic device. But then came 2006, when a fateful decision by the International Astronomical Union (IAU) relegated Pluto to “dwarf planet” status and beefed up standards for planethood. After eleven years, Pluto-lovers may finally have their day in the sun, as a team of NASA scientists fights for an expanded definition of “planet.” But the scientists don’t want to stop at Pluto; their definition would include, “basically…anything that’s big and round and isn’t a star.” Popular Mechanics writer Andrew Moseman estimates that the expanded count would include a whopping 110 bodies, beyond the reach of any classroom acronym.  While this may seem like an academic feud worthy of The Big Bang Theory, taxpayers stand to lose from a “big tent” definition of planets.

Former NASA Associate Administrator Alan Stern, an enthusiastic backer of the proposal, explains , “In the mind of the public, the word ‘planet’ carries a significance lacking in other words used to describe planetary bodies. … To wit: a common question we receive is, ‘Why did you send New Horizons to Pluto if it’s not a planet anymore?’” Considering the gargantuan cost, taxpayers ought to keep a critical eye on these projects. The New Horizons mission cost was initially estimated at $650 million, but creeped up to $720 million by the end of the probe’s journey. NASA missions regularly experience cost overruns north of 20 percent, with Discovery and Mars Scout programs among the biggest offenders. Despite assertions that cost-overruns have decreased in recent years, the Government Accountability Office already sees warning signs of overrun in NASA’s current projects.

Mixing space science with public dollars makes for truly strange planetary politics, such as the Republicans’ long-held fascination with Europa. When the Bush Administration “promptly cancelled [a mission to] Pluto in favor of Europa” in 2000, Democratic Senator Barbara Mikulski dug in and repeatedly engineered pro-Pluto NASA budgets. The Administration was finally cornered by National Academy of Science maneuvering, and approved funding for a mission to Pluto. Rep. John Culberson (R-Texas) has continued this push toward Europa, inserting language into appropriations bills that pushes up NASA’s mission to Jupiter’s ice-covered moon. The Trump Administration seems similarly eager to direct NASA funding toward exploring NASA at the expense of his predecessor’s focus on asteroid probing. Attempts by Stern and others to refocus the attention back toward Pluto and other faraway dwarf planets is the latest battle over funding and priorities.

But there is an alternative to this expensive, bizarre tug-of-war over space funding. Advocates of robust nationalized space programs contend that the private sector cannot pick up the slack, given the tremendous capital expenditures necessary for space exploration. This assertion, though, ignores the history of private funding of scientific research. As Terence Kealey notes, public funding of large-scale scientific endeavors is largely a post-WWII phenomenon. Early advancements in our understanding of particle collision, stellar formation, and DNA were funded via private coffers. If the Rockefeller Foundation was able to fund mammoth projects such as the Palomar Observatory and the cyclotron, contemporary philanthropy can finance interstellar probes.

Shorter missions to the Moon and asteroids can be funded via mining prospects rather than philanthropic considerations. The Moon Express, a company seeking to mine the Moon for valuable metals, has, “all the capital it needs to land its small robotic spacecraft on the surface of the moon in November or December of 2017.” Recent congressional legislation allows for companies to have property rights on extracted resources on extraterrestrial worlds, but considerable ambiguity remains. Real estate beyond Earth remains subject to the Outer Space Treaty, which prohibits private actors from homesteading land beyond our planet.

A withdrawal from this treaty, and comprehensive guarantee of extraterrestrial property rights could spearhead more private space exploration, as mining, tourism, and real estate firms rush to get their slice of the action. Different financial sources for short-and-long distance exploration will ensure that both are adequately funded, and politics is kept out of outer space. If planetary classification can be depoliticized and decentralized, new definitions will no longer mean more (or less) funding. Rethinking how we finance space exploration can deliver all “the right stuff,” while saving schoolkids from 110-letter acronyms.