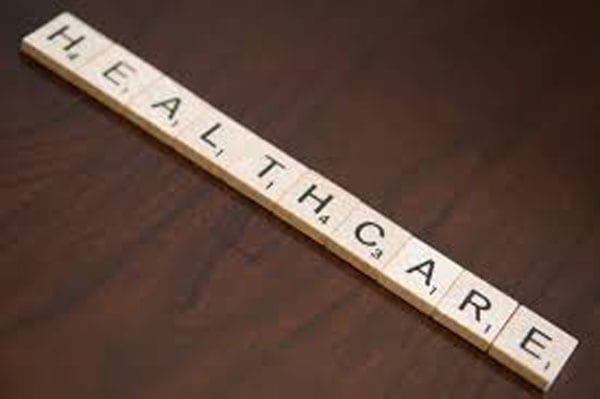 As the 115th Congress enters its second month, lawmakers are finally set to repeal the failed Affordable Care Act. The law, known more commonly as Obamacare, attempted to reign in health-care costs through a litany of crude regulations and tax increases that actually  increased insurance premiums, reduced quality, and wreaked havoc on taxpayers. The recently-unveiled American Health Care Act (AHCA) promises to put the brakes on government meddling in the healthcare sector, scaling back the rules and programs harming taxpayers and businesses.

Advocates of fiscal responsibility have been pouring over the Congressional Budget Office’s (CBO) AHCA analysis, released on Tuesday. The CBO projects a deficit reduction of $337 billion over the next ten years, passing the bill for its physical and moving it on for legislative scrutiny. By its budgetary merits alone, AHCA is a positive step forward and part of an overall process to address an unsustainable status quo in healthcare financing.

Under the proposal, the unpopular individual mandate and the little-understood community rating system are poised for the chopping block.  Medicaid expansion is to be phased out by 2020, replaced with block-grants to states. States would be given money to establish high-risk pools, in which sick individuals needing costly insurance can claim large subsidies. And therein lies the key departure from Obama-era reforms.

Obamacare set up a system that focused on relief for sick folks on costly plans, but through insurance regulation. “Community rating” meant that there couldn’t be much variability in price between any two insurance plans; “old-age” plans cannot be more than three times more expensive than “youth” plans. Since plans for older individuals are usually five-times more expensive than plans for twenty-somethings, compressing the difference usually means jacking up premiums for the young. Doing the opposite and lowering premiums for older folks to fit the regulation would, after all, result in lower profits for the insurer.

As a result, younger, healthier people are subsidizing older, sicker folks. And that’s fine, Obamacare defenders claim- that’s just a hallmark of a stable insurance system. But younger people simply didn’t take the bait, leaving little premium stability for the older and sicker population. Everyone agrees that the “young invincibles” forced to pay more for care are poorer on average, and the system would act as a reverse-Robin Hood were it not for federal subsidies. But the income-based subsidies to purchase insurance on the individual market are quite large, enabling Obamacare supporters to claim a net victory for progressive values.

Not so fast! Outlawing cheap plans through community rating applies not only to individual markets, but also to employer markets responsible for nearly sixty percent of coverage in the US. Obamacare regulations increase the price of insurance for younger low-income workers, who may have chosen a cheap, no-frills plan. Community rating pushes prices for these insurance plans upward, causing employers to pay more for the same plans for their employees. These higher prices for employers to garnish a greater percentage of their workers’ wages, contributing to the misery of the working poor.

Under the ACHA, plans can vary in price based on age and “young invincibles” will be able to find more affordable plans. Americans of modest means will be subsidized through a tax credit that reflects the age of the recipient. A healthy 26 year old earning $35,000 a year will net $2,000 in tax credits, around $500 more than what she can expect under Obamacare. While tax subsidies will undoubtedly be lower for older Americans, sick individuals with “pre-existing conditions” will have their medical claims directly subsidized by the federal government. This ensures that younger, poorer Americans won’t have to foot the bill for the expenses of their well-off elders. And, faced with an individual market less strained by the expenses of the costliest 5 percent of the population, average premiums for a variety of insurance plans will decrease.

While no piece of legislation is perfect, lawmakers should preserve the proposal’s fiscal and regulatory reform measures as the AHCA moves through House Committees.  Should the bill be taken up in the Senate, lawmakers should preserve key cost-saving provisions that allow premiums to fall.  it should not be altered in a way that would cause the legislation to lose support and its most important cost-savings provisions.

Commentary on the bill and accompanying CBO report will likely fill many more blogposts as the legislation moves through the House. Despite considerable debate about the CBO’s coverage and premium projections, the headline $337 billion deficit reduction over ten years is  key. Over time, replacing the Medicaid expansion with tax subsidies and high-risk pools stabilizes costs and helps those most in need. Regulatory reform, coupled with wholesale changes to Medicaid,  gives us a bold path forward toward a more free-market healthcare system in America.