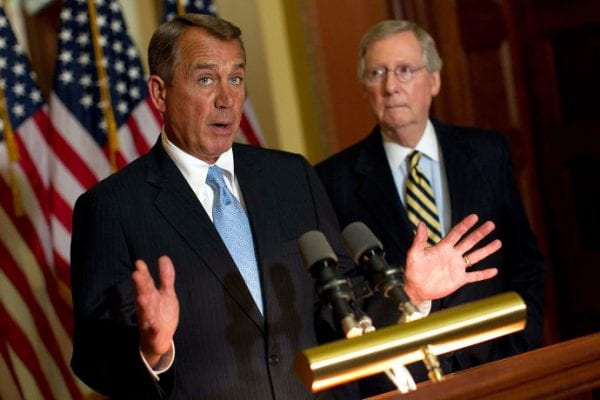 On July 31st, the authority for federal highway payments to states, aka the Highway Bill, will expire.  If not reauthorized, this lapse of funding would threaten one of the essential programs necessary to keeping commerce running, transportation funding.  Congress brought the country to this brink because a major transportation bill has not been passed since 2005.  Instead, Congress has dodged deadlines with short-term stopgap bills since 2009 to keep transportation money flowing to the states. While some are making the case to allow states to have more control of highway funding, the mechanisms are not yet in place to make this possible. Even though a short-term funding bill is not the best solution, it is considerably better than trying top pass a 1,000-page bill with the clock ticking before the authorization expires.

Even though the question of raising the gas tax has been a major roadblock to long-term reauthorization in the past, a new problem, the reauthorization of the Export Import (Ex-Im) Bank, has thrown the process into disarray.

The charter for the Ex-Im Bank expired on June 30.  The crony bank lost its charter because it does not create jobs; it is rife with corruption; and it distorts the free market. The financial world hasn’t collapsed since Ex-Im’s authorization expired and some beneficiaries of Ex-Im funding are unconcerned about the demise of Ex-Im as they look for financing elsewhere.

Since the expiration of Ex-Im, some members of the Senate have been looking for a way to resurrect the Bank. Even though the Senate spent much of last weekend going through the legislative process to pass a long-term Highway bill, they also voted to reauthorize the Ex-Im Bank. This was a bad and unnecessary move considering that the House already sent over a clean five-month extension without the Ex-Im Bank provision.

On July 27, House Majority Leader Kevin McCarthy (R-Calif.) told reporters flat out, “We’re not taking up the Senate bill.” Rep. McCarthy is correct, but now the House has to come up with an alternative bill to their five-month patch. The current bill (click here) will extend the Highway Trust Fund through October 29, 2015, with the inclusion of Veterans Affairs funding for hospitals that are on the brink of closure. The good news is that there is zero language included to revive the Export-Import Bank. Unfortunately that does not mean that the fight against Ex-Im is finished because it is possible that a similar amendment to revive Ex-Im could be offered in the House. TPA hopes this is not the case and because the House is slated to leave town Wednesday night, and it is highly unlikely that they would not pass a clean extension.

TPA will be watching closely to make sure nothing sneaky happens with any last minute changes to the clean extension the House is voting on.  If the House passes a clean extension before leaving, which they absolutely should, the Senate should take up that bill and pass it. No more games with using self-imposed deadlines to try and bring back Ex-Im (or any other programs) from the dead.