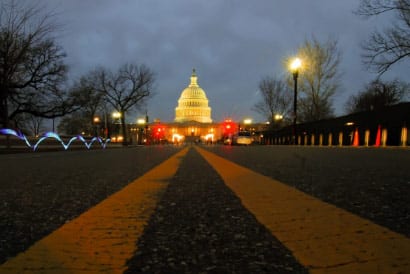 H.R. 1 is Dangerous for Democracy

This article originally appeared on Townhall.com on January 30, 2019.

Now that the shutdown is over (for now), it’s time for Congress to get to governing. Unfortunately, lawmakers seem to prefer red herrings and faux populist outrage to tackling the most pressing issues of the day. Case in point: H.R. 1, otherwise known as “For The People Act.”

If you ask the average citizen what “foreign election meddling” means, any number of things might come to mind. At an extreme, “meddling” can mean a foreign power hacking into voting machines, which would require an immediate and massive federal effort to quash. Or it could be something far more commonplace and indirect, such as an American subsidiary of a foreign company donating to a cause or candidate.

Foreign-held companies with significant U.S. presence are an integral part of Americans’ lives. Most citizens would be hard-pressed to spend a day in town without spotting a Panera Bread, Regal Cinema, Toyota vehicle, or a product of Anheuser-Busch. Yet, depending on these companies’ specific voting structures, they may be barred from donating to their preferred candidates.

Even if members of Congress think that all business donations to political causes should be banned, this legislation is hardly a step in the right direction. Just focusing on foreign donations would give General Motors (GM) a leg up over Toyota, which would serve little purpose but ensure GM gets favorable treatment from regulators and first-in-line taxpayer bailout access.

Proposed “reforms” will fare even worse for donor privacy. H.R. 1 requires online platforms such as Facebook and Twitter to maintain a public database of persons purchasing more than $500 worth of political advertisements per year. Additionally, all groups spending money on elections would have to disclose donors giving over $10,000. These two changes represent a broad firewall against anonymity, despite donor privacy being a fundamental bedrock of democratic politics. This is not just a philosophical argument; actual lives depend on continued anonymity.

The Supreme Court upheld the constitutional right to donor privacy in 1958 in NAACP v. Alabama.  According to the Goldwater Institute, “The decision was essential to efforts by the National Association for the Advancement of Colored People to end segregation in the South because it allowed their supporters to keep giving without having to fear violent retaliation.”

Chinese dissident Guo Wengui found this out the hard way in 2017 when the Chinese government successfully pressured Facebook to remove his account after posting personal information about an allegedly-corrupt Chinese official. Being anonymous allows users to spread sensitive information with fewer risks, and spending advertising money is an easy way to popularize any message.

Rep. Sarbanes may not have considered these consequences, or may deem them necessary in light of Russia’s purchase of a few thousand social media ads in the lead-up to the 2016 election. But, unless the Russian government is vastly more media-savvy than the Trump and Clinton campaigns, it seems unlikely that Russia’s $100,000 in Facebook expenditures had much of a bite compared to the more than $80 millionspent by both campaigns combined. Rather than campaign finance red herrings, Rep. Sarbanes should focus on restrictions that hamper political parties that limit their ability to contribute to candidates and coordinate with candidates.

According to American Enterprise Institute scholars Peter Wallison and Joel Gora, strict limits on party contributions to House and Senate candidates have resulted in inefficient candidate-centered elections. Since candidates are more likely to have single (“pet”) issues than parties, they’re more vulnerable to special interests than parties. Therefore, removing restrictions on party fundraising would restore parties’ role as an arbiter of national factions and interest groups. This would surely make a bigger difference than harassing fairly minor donors and groups doing nothing wrong.