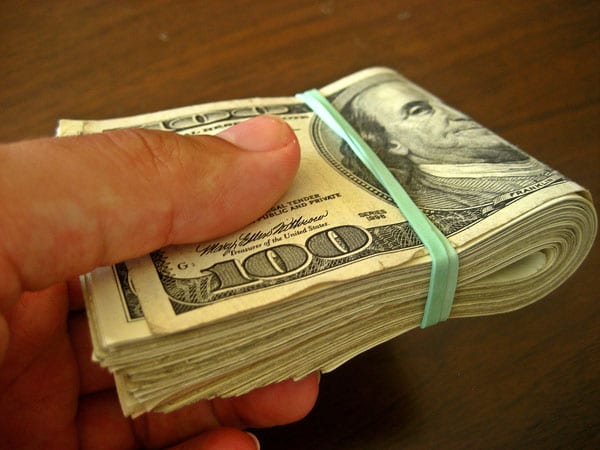 Earmarks are Extinct, and Now’s Not the Time for Jurassic Park

This article appeared in the Washington Examiner on January 12, 2018.

To citizens across the country, hopes of “draining the swamp” were fulfilled with the passage of comprehensive tax reform at the end of last year. With one step forward, however, the administration and Congress may decide to take two steps back. Earlier this week, the president and congressional leaders announced their willingness to bring back the destructive process of earmarking in an attempt to smooth out disastrous budget negotiations.

In a rush to ditch continuing resolutions in favor of an actual budget, key leaders would be making a deal with the devil in bringing back earmarks. While President Trump and House Speaker Paul Ryan, R-Wis., are simply trying to jump-start the budget process in good faith, allowing earmarks would once again consign taxpayer dollars to a black hole of aimless funding and failed expectations.

To examine the issue of earmarks in greater detail, the House will hold hearings on January 18 and 19. These sessions will offer a key opportunity to examine failed previous experiences with the earmarking process. About a decade ago, earmarking became associated with wasteful spending, as lawmakers castigated their colleagues for tolerating an environment of low transparency.

When Sen. John McCain, R-Ariz., campaigned for president in 2008, he commendably brought the issue to the public’s attention and took time to highlight the most egregious examples. There were many to choose from, including $50,000,000 for an indoor rain forest in Iowa; $500,000 for a teapot museum; and $100,000 for the Tiger Woods Foundation. Yes, Tiger Woods received an earmark.

After years of criticism directed at Congress for including ridiculous earmarks in massive infrastructure and defense packages, lawmakers finally relented in 2011 with the passage of an earmark ban. And, as the senator and others pointed out, earmarks often took on a criminal character. In 2005, Rep. Duke Cunningham was convicted for accepting more than $2 million in bribes in exchange for an agreement to shower earmarks on those paying them.

The Abramoff scandal, which also involved the large-scale selling of political favors, further degraded the status of the earmark. It’s little surprise, then, that when the Tea Party reached Congress in 2011, the dreaded earmark became one of the first targets for new lawmakers. These crusading congressmen knew that they could rely on public support; polls at that time and today show that large majorities of the public favor banning earmarks.

To a growing chorus of critics of the ban, though, the earmark ban left a raft of unintended consequences. Some pundits and lawmakers blame the earmark ban for the dysfunctional budgeting gripping Congress today. But this argument ignores what “functional government” looked like before 2011. In the early part of the last decade, bipartisan agreements over large defense bills meant tens of billions in combat training and war readiness was diverted to pay for the pet projects of lawmakers across the country.

The Democrats swept into power in 2006, promising budgeting reform and an end to the wanton earmarking that detracted from transparency in government. Shortly thereafter, a disagreement over how to fund government resulted in a continuing resolution, along with an “earmarks ban” to dampen support for more defense spending. But, in a show of the disconnect between lawmakers’ rhetoric and reality, the “ban” actually ushered in hundreds of millions of dollars in additional defense spending for medical research items wholly unrelated to defense. After this grand ruse, and the continued breakdown in responsible spending through the start of the Great Recession, incoming lawmakers in 2011 saw it as only proper to completely clamp down on the earmarking process.

Since then, not all has been rosy. As the Taxpayers Protection Alliance has repeatedly noted, wasteful spending continues via other avenues. Dubious line items once greenlit by lawmakers are now approved by agencies headed by bureaucrats with opaque agendas. But the solution to this breakdown in accountability is not the restoration of earmarks. Rather, limiting the ability of agencies to regulate destructively and fund dubious programs is the most effective way to restore accountability in government today.

As for fixing the budgeting dysfunctioning currently gripping Washington, there are no simple solutions. But contra supporters of earmarking, adding extraneous demands to the budget will only make things worse. Even in the absence of earmarks, immigration demands from both sides are weakening the ability of negotiators to hammer out a sensible deal. Lawmakers will likely resort to continuing resolutions instead of sorting out their differences. So be it. But bringing back a failed process to “fix” a chaotic budgeting system will only add fuel to the fire at a gargantuan cost.