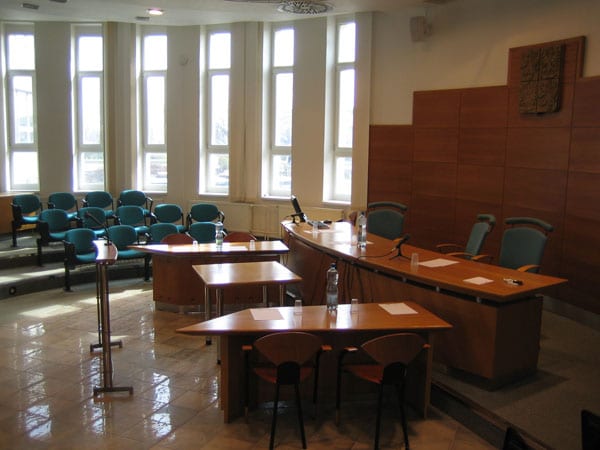 In the mind of the public, the concept of a “legal dispute” evokes images of black robes, a thunderous grovel, and a jury of peers. But for many cases, the public courtroom is going the way of the dodo. Customer disputes with software and telecommunication companies often end up in private arbitration, in which a mutually-chosen “private judge” hears case specifics and makes a final determination. Since the 1920s, the federal government has generally upheld arbitration resolutions as legally enforceable with a few exceptions.

But soon, this may all change. A growing chorus of lawmakers have voiced disapproval with our nation’s arbitration system, claiming that rules are stacked against consumers and outcomes are tilted in corporations’ favor. Rulemaking bodies such as the Consumer Financial Protection Bureau are in the process of penning rules curbing arbitration and making it harder for corporations to avoid public courts.

On the surface, skeptics of private arbitration have a reasonable case. Arbitration clauses are often buried deep inside of consumer contracts, written in legalese that most customers won’t bother to read. It wouldn’t be too surprising, then, if the corporation included arbitration terms that limited consumers’ ability to get a favorable verdict in the event of an exploding cell phone or defective software. Additionally, corporations can shop around for the right arbiter, allowing for the concern that arbiters may market themselves as the most pro-corporate.

But what about the issue of fairness? As University of North Carolina (UNC) Law Professor Mark Weidemaier points out in his review of the evidence, the data is not all that conclusive. Generally, surveys comparing outcomes in arbitration proceedings and ”comparable” court cases find that plaintiffs (ie. consumers, employees) have similar or higher win rates under arbitration. But at least in civil-rights cases, corporations have to fork over lower awards under arbitration. Arbitration proceedings, then, are not clearly stacked against the little guy.

But comparing win-rates and average awards under the two systems isn’t exactly a straightforward process. Firms opting for arbitration clauses may have completely different characteristics than firms willing to give the courts a try. A study of telecommunication firms found that firms opting for arbiters had significantly more in-house dispute mediation resources than court-friendly firms. Arbiter-reliant firms made more use of management appeal boards and ombudsmen to ensure that employees don’t take their grievances to the private court.

This may lead to a filtering effect, where companies try to deal with valid, worrisome claims before lawyers get involved. The average arbitration case filed against an employer, then, may be less legitimate than the average court case. Plaintiffs in arbitration proceedings also tend to have lower income than plaintiffs in government courts, further confounding comparisons. Since award size seems to go hand-in-hand with income, lower awards in arbitration are not all that surprising. Finally, arbitration’s relatively speedy process means that any award based on back-pay will necessarily be smaller.

While summing up two decades’ worth of research is tricky, the basic findings are straightforward. Plaintiffs will find the win-rates favorable under an arbitration regime, but can enjoy more lucrative wins in the court system. Accounting for differences in firms, employees, and consumers would probably make arbitration look even more pro-plaintiff. And, unlike the data on outcomes, the evidence on efficiency gives arbitration the edge on time and cost savings. When considering new rules and legislation targeting arbitration, regulators and lawmakers need to consider the substantial body of research on the issue. If employers, employees, and shoppers alike want to embrace a faster, cheaper court system that deliberates fairly, Washington shouldn’t get in the way.