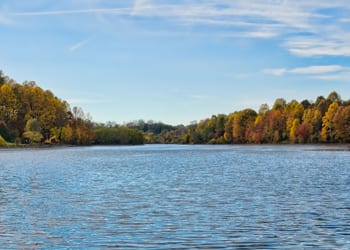 One of the main powers and responsibilities of Congress is to spend money. Often times this authority is abused and taxpayers end up burdened by the costs of wasteful spending on pet projects (earmarks) and needless programs that otherwise wouldn’t be approved. However, sometimes there are issues that are misrepresented.  Another responsibility of Congress is to finalize water rights settlements that have already been negotiated by Congress .  This is an issue that that hasn’t gotten much attention but is costing taxpayers.  A Republican-controlled Congress may be able to move these settlements forward.

As Congress makes progress in taking care of these settlements, some may want to characterize these as earmarks.  While some have said these settlement agreements are tantamount to earmarks, that is not simply the case. The Taxpayers Protection Alliance (TPA) is fully aware of what constitutes an earmark in Congress and these are not even close. TPA has been exposing earmarks for years.  The latest expose of earmarks by TPA was the 293 earmarks hidden in the Defense appropriations bill worth more than $13 billion (click here for a full list).  The settlements reached by Congress regarding these water and land disputes are not earmarks and shouldn’t classified as such.

Indian water rights settlements are agreements that resolve certain legal claims that Native American tribes have with the United States government. The settlements that are entered into are ultimately agreed upon by Congress and various federal agencies with jurisdiction on these matters.  The stated agreements “fulfill the federal government’s obligation to manage water resources held in trust on behalf of Native American tribes.”

The cost of this settlement process as opposed to the cost of protracted litigation is an easy choice for Congress and the other parties involved. During a hearing on this issue in March of 2012, former Sen. Daniel Akaka (D-Hawaii), then-Chairman of the Committee on Indian Affairs, noted in his opening remarks to the Committee that:

“Congress has approved over two-dozen water settlements in the past 35 years. Last Congress, we enacted legislation that settled the water rights for seven tribal nations. Collectively, these seven tribes spent nearly a century litigating their water rights in court before having their settlements approved by Congress. Can you imagine this?

In determining water rights claims, a tribe and other stakeholders may pursue either litigation or negotiation. Negotiating to reach a settlement in Indian water rights claims is advantageous for all parties. It is cheaper, takes less time and is more flexible than litigation. Negotiations may also foster better working relationships between all parties. This can have positive outcomes for not only the tribes but for the surrounding non-Indian communities as well.”

Last year Congress passed, and President Obama signed, H.R.3716, the Pyramid Lake Piute Tribe – Fish Springs Settlement Act. This legislation brought to a close a long fought legal battle over water rights, and in the end spurred a new partnership that will economically benefit all parties involved at no cost to taxpayers.

Taxpayers shouldn’t be on the hook for additional costs due to the hold up of these agreements, and this is why the settlements reached should be allowed to proceed. Over the past few decades we have seen these types of settlements approved and move forward without delay, so there’s no reason to stop that progress now. Just one settlement being held up can add more legal costs paid for unnecessarily by taxpayers and also negatively impact the local parties involved who have done the hard work to come to a resolution that suits everyone.

TPA is always encouraged when Congress actually works together to get something done, because it happens so rarely. In this case, these are routine settlements that have been negotiated in good faith by all parties involved and there’s no need for further delay that leads to more costs for taxpayers simply under the guise of the false notion that they are earmarks. TPA will continue to look at this issue and press for fair and swift resolutions that reflect the spirit of the settlements as congress intends.