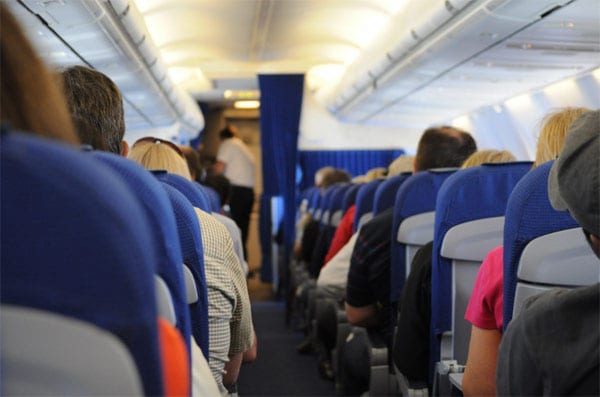 This article originally appeared in the Daily Caller on August 3, 2018.

It’s easy to groan about ever-shrinking airline seats that have little latitude for reclining. Some are taking it a step further, arguing that smaller seats 30,000 feet in the air actually harm passengers’ health and impede emergency evacuation efforts.

With Congress considering reregulating airplane seat sizes via the Federal Aviation Administration (FAA), consumers may soon see a change in width and legroom.

This misguided crusade for “passengers’ rights,” however, ignores the right and ability of passengers to choose from a smorgasbord of seat size and pricing options. For the loyal consumers of low-cost carriers, the bargain fares made possible by bargain seating are preferable to more luxurious options.

By keeping regulation off the table, Congress and the FAA can keep travel prices low for millions of Americans desperate for a summer vacation by not meddling in the size of seats.

The lament is all-too-familiar: airplane seats and long flight times are a recipe for claustrophobia and leg cramps. While the average distance between seats (“seat pitch”) on short-distance domestic flights is 31 inches, some no-frills carriers set the bar even lower at 28 inches.

Attempts by American Airlines in 2017 to reduce their seat pitch to Frontier or Spirit levels was met with a media onslaught and umbrage by flyers’ rights organizations, forcing executives back to the drawing board.

The lesson from the incident was clear: Planes can get pretty cramped, but the market will only bear so much (at least for traditional airlines).

Consumers like to complain about the current cramped style on many airlines, but ultimately still choose to ride for the cheapest flight possible. According to a 2016 study by Expedia, only one–fifth of Americans say they’d be willing to pay for extra legroom on a flight.

All the same, executives are weary to further aggravate the quarter of Americans who deem air travel an “awful” experience.

In addition to market pressures, the FAA may soon be forced by Congress to come up with minimum seat sizes. As the House of Representatives drew up an FAA reauthorization bill in April, a provision was included mandating that the agency establish minimum standards for passenger accommodations.

This push is hardly new; the U.S. Court of Appeals for the District of Columbia Circuit ruled last year that the FAA would have to do something about the “case of the incredible shrinking airline seat.” The agency refused to budge, citing their data to argue that consumers are just as safe in smaller seats.

Evacuation demonstration videos seem to dispel the idea that evacuations take longer with cramped seats, but the lack of a large-scale study leaves room for doubt. Even if there was evidence that smaller seat sizes slowed evacuation times, the risk must be weighed against the risked imposed by higher flight prices.

In response to increases in airfare, many consumers switch to driving, which is around 100 times deadlier than flying. Even if a handful of passengers per short-haul flight are prompted to drive instead of fly in response to higher prices, regulation likely leads to less safety overall.

In these sorts of debates, it’s easy to lose track of the individual. In choosing how to travel from point A to point B, passengers can choose an option that keeps their costs, fears, and inconveniences at bay. Even within the realm of flight, consumers have an unprecedented number of choices in seat size, entertainment options, and layover time.

While there’s plenty of price variation between these options, inflation-adjusted costs per mile have halved over the past forty years.

Increased regulations allow for less efficient fleets, leading to higher costs for companies that are passed along to consumers. Even if the FAA fails to mandate a high minimum seat distance, the new powers give a future FAA the bandwidth to enact stricter limits.

Travelers deserve a restrained FAA that allows a myriad of travel choices.