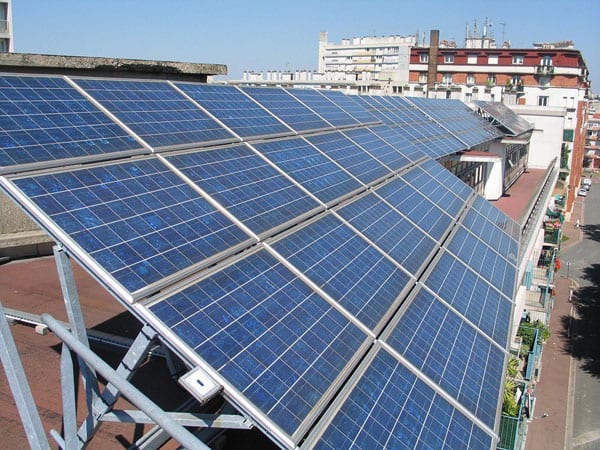 This article originally appeared in The Hill on May 4, 2017, it was co-authored with Justin Sykes on Americans for Tax Reform

Washington seems to be getting in its own way on a number of potentially major reform initiatives in the first few months of 2017. But Congress is making progress on smaller pieces of legislation that promote better stewardship of taxpayer money and a more efficient and less intrusive bureaucracy.

One area in need of heightened scrutiny and reform is the Property Assessed Clean Energy (PACE) loan program that was expanded under President Obama. PACE loans allow homeowners to finance solar panels (or other “energy efficient improvements”) through a lien that is then paid back with property tax payments. Homeowners should be able to improve their homes without government intervention. However, when homeowners are making a choice on whether to finance these new additions and are leveraging property tax do so, there has to be truth in advertising.

Truth, oversight, and risk are words that most people who are being sold on the idea of a PACE loan will never hear until it’s too late. Incredibly high fees and interest rates that span twenty-year terms coupled with zero underwriting requirements make PACE loans incredibly risky. Yet these problems are just the beginning.

The risks associated with the PACE program goes beyond the predatory aspect of an average homeowner shielded from important information before signing up for one of these loans. The repayment of a PACE loan, the average of which is $25,000, is given top priority over mortgage brokers. Let that set in for a moment. A 20-year, high fee and high interest rate loan for residential solar panels on a PACE loan would be paid back before the lender who may have helped with the purchase of that home in the first place.

This is a huge problem that highlights a marketed risk for taxpayers because of the prioritization that PACE has over mortgage lenders. Last year, the Obama administration made changes that put repayment of PACE loans ahead of other liens. For taxpayers, this means that if a homeowner defaults on an FHA or VA backed mortgage, PACE lenders get paid first leaving taxpayers holding the bag for the balance. Thus as the number of PACE loans increases, so does the risk for taxpayers.

Given the lack of requirements for credit checks and disclosures, it should come as no surprise PACE loans are the fastest growing type of loan in America. According to the Wall Street Journal, in 2016 the PACE industry made $1.6 billion in loans, an increase of almost 30 percent from 2015. Comparatively, growth in traditional mortgages in 2016 was roughly 15 percent.

Since the industry was founded PACE lenders have made over $3.7 billion in loans, and institutional investors have simultaneously been buying tens of millions of dollars worth of bonds backed by PACE loans. As such this massive growth in risky loans may not only be putting taxpayers and homeowners at risk but the market as a whole, with factors reminiscent of those that contributed to the sub-prime mortgage crisis.

Consumer watchdogs have been warning about PACE loans for some time. For example, the National Consumer Law Center noted that the loans “lack consumer protections, have few checks to ensure that energy savings are real and cost effective, and are inappropriate for homeowners who may be eligible for free or lower cost programs.”

The threats to consumers and taxpayers from PACE loans have now begun to garner attention from Congressional lawmakers on both sides of the aisle. Recently, Sen. Tom Cotton (R-Ark.) introduced S. 838, the Protecting Americans from Credit Exploitation (PACE) Act. The bill is co-sponsored by two other Republican senators, Marco Rubio (Fla.) and John Boozman (Ark.). The PACE Act would “require disclosure for Property Assessed Clean Energy (PACE) loans by putting them under the scope of the Truth in Lending Act (TILA). In the House, Rep. Brad Sherman (D-Calif.) introduced H.R. 1958, companion legislation under the same title that is co-sponsored by Rep. Ed Royce (R-Calif.).

It is rare that congressional Republicans and Democrats can agree on anything, much less an issue involving green energy programs. Yet the potential PACE loan crisis America is facing is one that can no longer be ignored.

The rate of growth of the PACE Program is the result of selective handouts to one industry that has come at the expense of consumers and taxpayers. Regardless of what lawmakers view as the legislative solution, one thing that can be agreed on is something must be done to ensure consumers and taxpayers will be protected no matter how the program pans out.