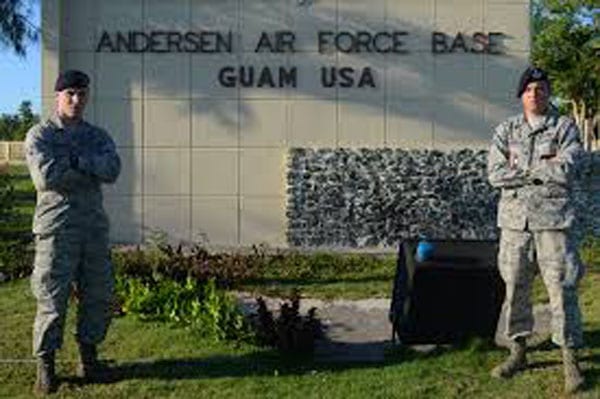 Congress Can Save Taxpayers Billions By Closing Unneeded Bases

This article appeared in the Daily Caller on October 26, 2017.

Last week, the Department of Defense confirmed to Congress what all of Washington, DC already knew: the Pentagon is bloated. In particular, military bases have an astounding 19 percent “excess capacity.” This jives with previous yearly estimates.  In fact, last years report pegged the figure at 22 percent. The Pentagon admitting that it maintains billions of dollars in wasteful structures should be a slam dunk for fiscally responsible lawmakers intent on downsizing government.

But Congress on the whole rejected the Base Realignment and Closure (BRAC) request, even after Sens. John McCain (R-Ariz.) and Jack Reed (D-R.I.) proposed a more “sensible” measure that would give Congress more control over the closure and realignment process.  But counter to Congress’s posturing, the notion of taxpayers footing the bill for nearly abandoned installations is an unpopular one, and for good reason. A letter signed by the Taxpayers Protection Alliance and 44 other groups across the political spectrum reinforced the bipartisan idea of closing more bases.

As always, the devil lies in the details, as lawmakers are keen to argue that their districts’ bases are the exception to the rule, “if it ain’t being used, don’t fund it.” Even bases long past their prime, supply work for thousands of constituents, and no lawmaker wants to deal with the ire of unemployed voters. Congressmen are also leery of pursuing a round of base closures after the last round, undertaken in 2005, proved underwhelming. Lawmakers have legitimate reason to fear a failed BRAC round; the Department of Defense (DoD) promised annual savings of more than $2 billion a year last time, but “only” delivered $500 million. Moreover, the costs of closure likely exceeded the benefits for several years before the savings started to accumulate.

But in weighing the pros and cons of another round of BRAC, members of Congress should take a full accounting of all previous rounds of military closures and assess what went right and what went wrong. As it turns out, the DoD has had a largely successful history in implementing BRAC. The first military base closure commission studied the feasibility of shuttering US installations, and recommended the closing and realignment of 145 U.S. domestic bases and facilities. Three successful rounds of BRAC followed (1991, 1993, 1995) before the first comprehensive assessment of the commission’s activities was released in 2001.

In studying the net savings of the closing (or consolidation) of 451 installations, the Government Accountability Office (GAO) estimated that the average savings of each round of closure amounted to $1.5 billion (or $2.1 billion in 2017 dollars). Thus, unsurprisingly, expectations were set high on the eve of BRAC’s fifth round. But, as explained by Brookings Senior Fellow Michael E. O’Hanlon and former Sen. Kay Bailey Hutchison (R-Texas), there were “fewer obvious targets” for closure, and “questionable analyses of environmental remediation costs” led to an underestimation of total closure costs. As a result, annual net savings from the final BRAC round were only a quarter of previous rounds’ annual savings, despite a record (182) amount of bases closed or consolidated.

While these problems pose significant issues for future rounds of BRAC, they are not insurmountable. When military base property is transferred to the private sector or other government agencies, cleanup costs typically vary widely depending on the intended future use of the site. Transforming the closed base location into an industrial park frequently requires the least cleanup, as exposure risks are minimal compared to other uses. Congress, then, should contemplate a requirement that former military sites be repurposed for industrial uses.

Converting army sites into schools is unwise, and unnecessarily increases the cost of base closures. Additionally, subsequent reviews of the net savings of base closures should consider the public health savings that come with military site abandonment. Every additional year of military control over the sight means higher public health expenditures, due to hazardous open burnings and perchlorate leakages. Unwinding these activities is a clear win for taxpayers, and should be accounted as such.

As can be seen with the last BRAC experiment, systematically shuttering bases is not always foolproof. But when contemplating whether to go for another round of closures and consolidations, members of Congress should consider the experiences of all five rounds of BRAC, instead of the lackluster finale. Achieving savings on par with the first four rounds would spare taxpayers $20 billion over the next decade, money better spent investing in businesses than catering to defunct bases. Hawks and doves alike can agree that maintaining empty nests at taxpayers’ expense is a bird-brained scheme.