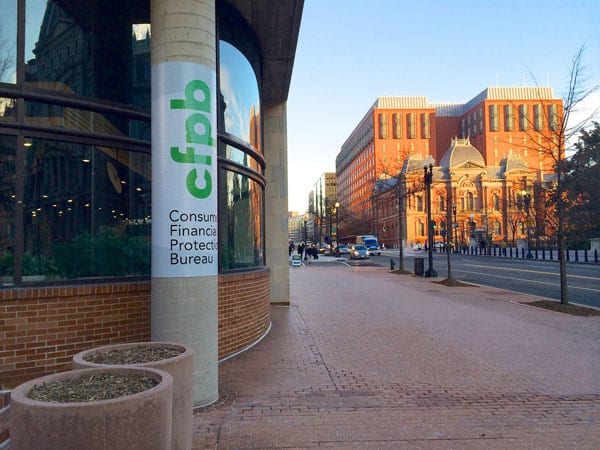 By Passing the Financial CHOICE Act, Congress Can Finally Put Regulators on a Tight Leash

Despite the deregulatory zeal shown by the Trump Administration and Congress, the vast majority of Obama-era rules remain in place. The cumulative effect of these interventions is large, with hundreds of billions of dollars being sucked out of the economy annually. Financial regulations, ushered in under the 2010 Dodd-Frank Act, had a particularly deleterious impact by targeting lending and borrowing activities. The wide-reaching legislation costs the economy as much as $36 billion a year, and imposes 73 million paperwork hours on American firms.

But what can remedy this regulatory hangover?

Later this month, Congress will contemplate passage of the Financial CHOICE Act. This legislation removes the onerous mandates of the Dodd-Frank Act, and places regulators on a tight leash. Independent rule-making bodies such as the Federal Reserve and the Consumer Financial Protection Bureau (CFPB) will now be required to comprehensively explain their cost-benefit logic to the American public. Congress already requires that new rules deemed to be economically “significant” be exhaustively evaluated in regulatory impact analyses, but financial regulations often slide under the radar. Given the ability of the Federal Reserve and the CFPB to usher in regulations affecting lending and borrowing for the entire economy, it’s only wise to require their methodologies to be scrutinized in the public eye.

But the CHOICE Act goes far beyond good governance reforms. Community banks, which have been strangled by compliance costs borne under the current regulatory regime, will be allowed an “off-ramp” so long as they fulfill simple liquidity requirements that will shield them in event of a downturn. The Federal Depositary Insurance Corporation’s (FDIC) authority to hold a failing financial institution in receivership is revoked, allowing for a predictable bankruptcy process in the event of company failures. Most importantly, however, the Act eliminates the disastrous Durbin Amendment to the Dodd-Frank Act. This section imposed a requirement on the Federal Reserve to come up with a “correct price” that banks should charge retailers for debit card transactions.

The pre-Dodd-Frank norm of flexible market rates were replaced by a uniform price, to the detriment of customers across the country. While regulators hoped for the rule to usher in significant cost savings for shoppers, the reality has been the opposite.  A 2015 survey of nearly 2,000 consumers by consumer research firm Phoenix Marketing International found that over nine in ten customers have not experienced a price decline at the point of sale. The Richmond Federal Reserve found that, in fact, one in four merchants increased prices since the Durbin Amendment took effect. But how did the legislation manage to completely backfire? Price controls on interchange fees resulted in a rush by banks to recoup $14 billion a year in lost revenue. Even if some fee reductions took place as the result of Dodd-Frank, changes by banks more than offset any benefit to shoppers.

These unintended consequences of fee caps demonstrated to customers that the Amendment was far from a panacea. Amidst a general trend of less-generous deposit account benefits since the recession, Wall Street Journal reporters Annamaria Andriotis and Saabira Chaudhudri note, “the last time free checking was harder to come by was in 2002.” This short shirting of benefits has resulted in a tremendous transfer of wealth, albeit not one that rule-makers have hoped for. The Durbin Amendment has resulted in a “transfer of between $1 billion and $3 billion annually from poor households to big retailers and their shareholders.” But this transfer from have-nots to haves needn’t continue. Passage of the Financial CHOICE Act would mean an end to an era of heavy-handed regulation and requisite fewer choices. As long as the Dodd-Frank Act remains in place, a regressive array of rules will continue to harm customers and businesses alike.