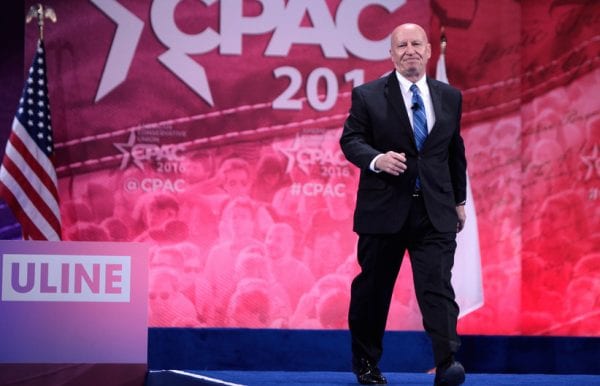 Comprehensive tax reform is long overdue.  In fact, the last time there was comprehensive tax reform (1986) Ferris Bueller’s Day Off was the number one movie in the United States.  Tax reform is not only long overdue, but it is also an important component to jump starting the economy. A terrible jobs report, rising costs, stagnant wages for working families, and a Congress that seems to be paralyzed with inaction much of the year give credence to the message that elected officials need to come together and fix the broken tax code.

There is a plan to fix to tax code.  House Speaker Paul Ryan (R-Wisc.) and House Ways and Means Committee Chairman Kevin Brady (R-Texas) unveiled a tax reform blueprint (click here) that will serve as the platform for a meaningful conversation on tax reform. The goal is to get the ideas for how tax reform can be done in Congress on the table, and keep the discussions going this year.  And then, in 2017, lawmakers can put a real, bipartisan plan together that the House and Senate can send to the White House.

Some of the important components of the tax reform blueprint include: a fairer and simpler code for individuals and small businesses, lowering the corporate tax rate, and repealing the Death Tax.

The complexity of the tax code is indisputable.  The tax code currently contains more than one million words and people are spending billions of dollars and hours on compliance each year. The blueprint provides a better way, so that compliance is easier for everyone and that the code is not only fair but also simple to understand. The plan for individuals and families is so simple that most Americans will be able to file their returns, as Chairman Brady put it, “on a postcard.” With a simpler code, that means significant changes to the size and authority of the IRS. The blueprint lays out how to do this by calling for the agency to have a “streamlined structure aligned with the simpler and fairer tax system for families and individuals and businesses of all sizes.” This is critical, because in recent years the IRS has been plagued with problems including the revelations of political targeting and online breaches of taxpayer information.

The blueprint is revolutionary in many ways, and one of those ways is how small businesses will now be recognized in the code. Traditionally, a small business would file as an individual, Chairman Brady’s plan places the top rate on business income reported on individuals’ returns at 25%.  This distinction between wage and business income allows for the lowest tax rate on pass-through income since before World War II.

The Estate Tax, also known as the “Death Tax,” would be eliminated completely as part of The Blueprint.  A 2012 study by the House Joint Economic Committee found that the estate tax has destroyed over $1.1 trillion of capital in the US economy. The elimination of the Death Tax is long overdue considering that the tax was intended to be a temporary tax to help pay for World War I.

Recent polling has shown that tax reform remains a high priority for Americans.  As the economy continues to struggle, it is important that lawmakers listen to taxpayers and fix the broken tax code. The blueprint released today can help give needed momentum to a conversation that must go beyond talk and transition to action. Chairman Brady’s blueprint can help to make that transition a reality. TPA and other free-market and taxpayer groups are lining up to support a new vision for a better tax code that works for taxpayers and not against them. Today is just the beginning as there remains a great deal of work to be done, but Speaker Ryan and Chairman Brady have taken an important first step with the release of today’s tax reform blueprint.