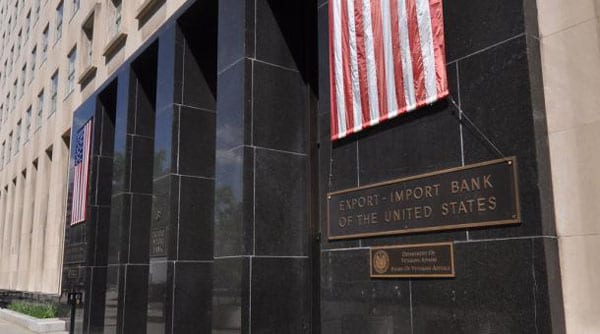 This article originally appeared in Inside Sources on Feb 15, 2017

Comprehensive tax reform is one of the most important components to growing the economy. The tax code is outdated, too long, and harming small businesses and working families.

Even though there is universal agreement about passing tax reform, and the president last week said to expect a “phenomenal” tax package to be unveiled in the coming weeks, a provision in the Republicans’ plan, the Border Adjustment Tax (BAT), could throw cold water on the timing of tax reform.

Supporters of the BAT claim they need this provision to pay for the tax cut, but the reality is that the BAT will result in a tax increase for consumers and benefit many firms who are already receiving corporate welfare through the Export-Import Bank.

There is no disagreement that tax reform is a necessity. Each year people spend billions of dollars and billions of hours in order to comply with the complicated and continually growing tax code. Simplifying the code and streamlining compliance could save Americans time and money.

The corporate tax rate in the United States is the highest in the developed world. At effectively 40 percent, companies and jobs are fleeing the country in search of a better tax-climate to conduct business. Dozens of companies have either left the United States or “inverted” over the last 20 years; and the longer there’s inaction on comprehensive tax reform, the more corporate inversions are likely to occur.

In exchange for corporate tax reform, the BAT is part of the current draft of the tax reform package and it is being sold as a way to move to a territorial-based system. The BAT is also being sold as a means to pay for the massive overhaul of the tax code. The problem is that a BAT is essentially a tariff imposed on all imports.

Recent studies have shown that using a BAT would increase cost of goods for American families, as high as $1,700 a year. Whether it’s a trip to the grocery store, shopping center or even filling up your gas tank, consumers will be the ones to feel the pain.

Proponents of using BAT have also argued that the value of the dollar (and in effect purchasing power) will increase. That is a risky assumption at best and it ignores the fact that the cost of goods will increase on importers.

One aspect of the support for BAT that has been missed is that the same companies lobbying for the BAT are the ones that fought to keep the taxpayer-subsidized Export-Import Bank afloat. For example, Boeing and General Electric lobbied hard to save the Ex-Im Bank. Now, they are leading a coalition supporting the BAT. The Ex-Im Bank has been nothing but a breeding ground for corporate welfare for major corporations that are able to receive taxpayer-subsidized loans financed at lower rates.

The fight over allowing the Ex-Im Bank’s charter to expire was fought by many fiscal conservatives in Congress. Now, those same members of Congress should be wary of using a BAT to pay for tax reform.

In 2014, the Ex-Im Bank financed $10.9 billion in loan guarantees. Boeing received $8.3 billion and GE $2.6 billion. Instead of focusing on giving more corporate welfare to companies like Boeing or GE, congressional Republicans should work with the White House to build on the tax reform package that simplifies the code, lowers and consolidates tax rates, and reduces the size and scope of the IRS.

The question on how to pay for such a dramatic overhaul should be addressed by reducing spending and slowing the rate of growth in government. Only then can taxpayers be assured that comprehensive reform will help to lower taxes, lower costs and create a competitive economy worldwide.

Passing tax reform with the BAT will only line the pockets of the government and corporate welfare recipients. Not exactly a good way to drain the swamp.