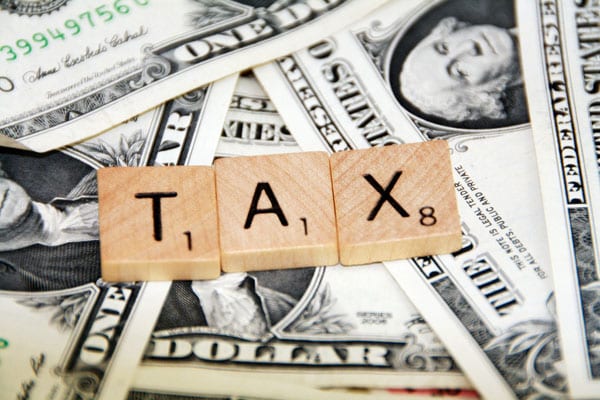 This article originally appeared in Morning Consult on March 29, 2017

With health care reform on pause, Washington now turns the spotlight on the next big ticket item from the Trump administration legislative agenda: comprehensive tax reform. And while there has been much discussion on Capitol Hill about the GOP tax reform blueprint, “A Better Way” which was introduced by House Speaker Paul Ryan (R-Wis.) and Ways and Means Committee Chairman Kevin Brady (R-Texas), the White House has so far kept details about its own plan close to the vest.

That could soon change. Last Friday, Treasury Secretary Steven Mnuchin said a tax reform plan will be released “pretty soon.” He elaborated, “This is something, because we are designing it from scratch and running through a lot of scenarios we’ve needed the last two months to work on. We would not have been ready to go a month ago on tax reform, and now we are.”

Once that happens, then we are off to the races.

But on a cautionary note, as we gallop toward the tax reform finish line, it’s important to keep an eye out for potholes in the road. Today, for instance, the House Energy and Commerce Subcommittee on Energy will hold a hearing titled, “Federal Energy-Related Tax Policy and its Effects on Markets, Prices, and Consumers.”

In a press release accompanying the hearing announcement, Subcommittee Chairman Fred Upton (R-Mich.) noted, “Our nation’s energy landscape has changed for the better, with technological innovation driving changes in how we produce, deliver, and consume energy. Tax code provisions have played a role in this transformation. With tax reform on the horizon, it is important for us to understand how these policies can leave lasting impacts on energy and electricity markets, prices, and consumers.”

Chairman Upton is correct both in his assessment of our energy landscape which has gone from one of scarcity to one of abundance. For example, in 2015, the United States became the world’s top producer of oil and natural gas, and critical tax provisions allowing the energy sector to explore and innovate were instrumental in completing that transformation. And while it’s a topic worthy of examination, it’s imperative that moving forward amidst the gusto of passing tax reform, we use the proper terminology.

The most glaring misperception is that the energy sector receives subsidies from the government. Despite attempts from various corners to explain to lawmakers and others that this simply isn’t the case; nevertheless, the misperception is repeated ad nauseam with a heightened frequency whenever talk of tax reform rears its head.

In the simplest terms, a subsidy is the government directly paying a business with the goal of keeping it afloat.  The solar industry is a prime example which receives cash from taxpayers. This is a far cry from a deduction, which is in place to ensure a business is only taxed on its real income. Essentially this allows a business to write off legitimate businesses expenses and calculate tax liability on net incomes, not revenue. All businesses, not just oil and gas, take some form of deductions.

To take away deductions only for the energy sector, as has been proposed time and again, is not only discriminatory, but short-sighted given the sector’s immense contribution to the nation’s economy in terms of capital investment and job creation. Not to mention the loss of competitiveness with countries such as Russia and China, which do in fact subsidize their state-owned energy companies.

We can’t let such misperceptions throw us off the tax reform path. Right now, businesses of all stripes and sizes are being held back by a complex, outdated tax code that has grown astronomical in length since it was last overhauled when Ronald Reagan was in the White House. A tax code that encourages economic growth, innovation, investment, and job creation is in order

As TPA has written previously, the Ryan-Brady blueprint provides these benefits more so than any other alternative; their blueprint calls for simplification, lower corporate tax rates, a territorial versus worldwide tax system, and full expensing for capital investments. There is no definite indication of what the Trump tax plan will entail, but let’s hope that provisions such as these are included.

The road to comprehensive tax reform will be long and tough. But let’s not make it more so by falling into potholes.