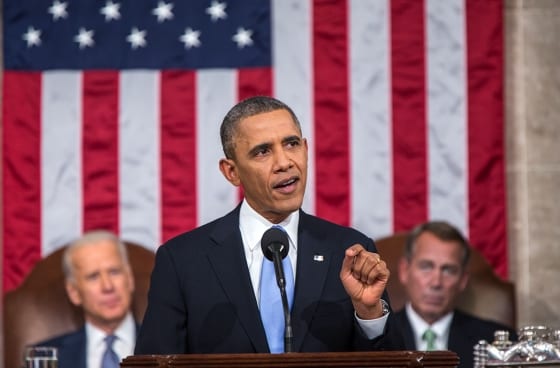 The Highway Trust Fund (HTF) is set to run out of cash on May 31, 2015. Established nearly sixty years ago by the Federal Aid Highway Act of 1956, the HTF is a federal fund for transportation projects and programs that derives money from the federal gas tax (18.3 cents per gallon on gasoline, 24.4 cents per gallon on diesel fuel, and other related excise taxes).   As Congress prepares to replenish the trust fund, some members of Congress (from both parties) are looking at options to raise taxes to keep the fund solvent.  A bad idea that would do little to solve America’s transportation problems.

Last month, USA Today reported that Democrats in Congress and their union allies are fighting to pass a gas tax increase before the end of May. But it isn’t just Democrats, there is legislation in Congress introduced by Rep. James Renacci (R-Ohio) that, “would allow gas taxes to rise as high as necessary to cover funding shortfalls, unless Congress agrees to an alternative solution by the end of 2016.”

Raising the federal gas tax is a copout. The truth is that Americans are not just paying 18.3 cents per gallon, there are also state taxes on gasoline that need to be taken into account.  The American Petroleum Institute (API) published a fifty-state breakdown that incudes both federal and state fuel taxes.  According to API:

This means that more than two-thirds of states are paying at least 40 cents per gallon in gas taxes today. Yet Congress is looking to increase gas taxes.

There are a number of ways that Congress can keep the HTF solvent, without raising the federal gas tax, including:

Even though there is bipartisan support for a gas tax increase, doing so may not be as popular as some members of Congress think. On Tuesday, Michigan voters roundly rejected a $2 billion gas tax increase as a way to fund road and bridge construction. The proposal was rejected by a 4-1 ratio in one of the most lopsided defeats for a ballot measure in the state’s history.

Another bad idea (this time from President Obama) is to use any revenue saved from reforming the corporate tax structure to pay for highway funding. Gimmicks and minor fixes are not a way to solve the real problems the country faces on these matters.

The debate over fixing the problem with the depleting Highway Trust Fund has been an ongoing discussion over the past year.  The continued calls for a gas tax increase by politicians on both sides of the aisle is troubling. TPA opposes any gas tax increase to solve the HTF conundrum and politicians should look for smart commonsense solutions to fix this mess instead of copouts that are funded on the backs of taxpayers.