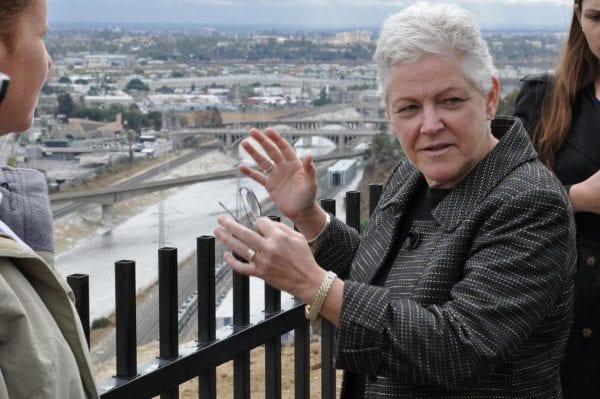 Entering the final year of the Obama Administration, there are many priorities the President has and one of the biggest is a lasting legacy when it comes to environmental policy. The biggest component of that legacy domestically is the ill-conceived Clean Power Plan (CPP). The CPP is not only an attack on traditional fossil fuels; it’s a de facto giveaway (or redistribution) to the renewable energy industry. Setting massive targets for carbon reduction and forcing states to comply with the new rule will only ensure that green energy schemes like solar and wind will reap the benefits of new and existing incentives designed to artificially prop-up those failed technologies. The Taxpayers Protection Alliance (TPA) has been sounding the alarm on the plan for nearly two years now, as have many others. Just last week, TPA joined a coalition led by the Competitive Enterprise Institute (CEI) submitting comments (click here for the PDF version) to Environmental Protection Agency (EPA) on the dangers of the CPP.

Read the comments below:

We, the undersigned nonprofit public interest organizations, respectfully submit these comments in response to the Environmental Protection Agency’s (“EPA”) notice of proposed rulemaking concerning a Model Federal Implementation Plan for compliance with the Clean Power Plan.

Is there a distinction between the Model FIP and a cap-and-trade, as the EPA purports?

Who will pay to administer the proposed Model FIP “emissions trading system”?

Comment 1: EPA officials contradict mainstream understanding when they claim that the Clean Power Plan Model FIP is unrelated to a cap-and-trade, but the agency hasn’t explained the difference between an “emissions trading system” and a “cap-and-trade.”

Although the EPA is reluctant to concede that its proposed Clean Power Plan Model Federal Implementation Plan (“Model FIP”) is a cap-and-trade scheme, the agency’s allies more readily admit the obvious. Consider the following titles and headlines regarding the proposal from proponents of the rule:

Brookings Institution: “The Return of Cap and Trade Is Good News for U.S. Climate Policy”

Thus, policymakers and media have branded the Model FIP as “cap-and-trade.” EPA, however, refuses to use this widely known phrase. Instead of “cap-and-trade,” the agency calls its preferred proposal an “emissions trading system.” In practice, there is no difference between the two. Both policies are identical in execution. Under a “cap-and-trade” scheme, the government caps total emissions and then operates a system for participants to trade the right to emit. In the same fashion, under EPA’s “emissions trading system,” the agency would assign a nationwide limit for greenhouse gases and then oversee a market to trade the right to emit.

For some time, EPA has persisted in this confusing effort to draw a distinction between its Model FIP “emissions trading scheme” and “cap-and-trade.” In March 2014, for example, Administrator Gina McCarthy told Congress that, “[The Clean Power Plan] is not going to be designed like a cap and trade program… That’s not what it looks like.” Even if one accepts for the sake of argument EPA’s contention that there exists some sort of distinction other than semantics between the agency’s Model FIP “emissions trading scheme” and “cap-and-trade,” it is plainly false to suggest that the two policies do not “look like” one another. Administrator McCarthy’s disavowal of any connection whatsoever between an “emissions trading scheme” and “cap-and-trade”—when in fact the two are one and the same—indicates that EPA is being less than forthright.

In the final rule, EPA should explain how the agency distinguishes the Model FIP from a “cap-and-trade” scheme, despite the fact that virtually all other stakeholders and commentators recognize that the two policies are the same.

Comment 2: If, as policymakers and the public agree, the Model FIP is a cap-and-trade policy, then this rulemaking is likely the product of a defective political process, and thereby raises concerns under the Tenth Amendment of the U.S. Constitution

In Garcia v. San Antonio Metropolitan Transit Authority, 469 U.S. 528 (1985), the Supreme Court set forth the extent to which federal authority is constitutionally limited by the Tenth Amendment and principles of federalism inherent to American government. As subsequently clarified by the Court, “Garcia holds that the limits are structural, not substantive—i.e., that States must find their protection from congressional regulation through the national political process, not through judicially defined spheres of unregulable state activity.” Therefore, Congress’s power to regulate interstate commerce runs afoul of the states’ rightful authority only if the federal action was marred by some extraordinary defect in the “workings of the national government itself.”

For starters, Congress considered cap-and-trade bills in past sessions, but none of them ever passed. In fact, the only cap-and-trade bill to ever survive the congressional lawmaking process was passed in order to stop a cap-and-trade; last December, bipartisan majorities in both chambers passed a resolution that would vacate the Clean Power Plan. Under separation of powers principles, it makes little sense that EPA may impose a major policy to which Congress demurred.

Far from making climate change a priority, President Obama in 2012 (as a candidate trying to get elected) was an avowed champion of all fossil fuels, even coal. Only when he gained reelection, after which he no longer faced voter scrutiny, did the president announce his Climate Action Plan, of which the Clean Power Plan is the foremost component.

The near total lack of political legitimacy for an EPA-administered cap-and-trade system raises constitutional concerns. Again, under the Supreme Court’s Tenth Amendment jurisprudence, “the only substantive restraint on the exercise of Commerce Clause powers” invoked by the states “must be tailored to compensate for possible failings in the national political process.” The Model FIP fits the bill for such a defect in the workings of American government.

Here, we have a policy with significant federalism implications. If all 50 states refused to lift a finger to implement the Clean Power Plan, then EPA would operate a nationwide cap-and-trade scheme. Such a policy has been rejected expressly by Congress. It is untested by the American voter. Yet, a federal agency seeks to impose it. Worse, that agency is actively trying to obfuscate its actions with word games. We cannot imagine a better example of a “failing in the national political process” meriting Tenth Amendment protections.

Comment 3: Past cap-and-trade legislation envisioned significant administration costs, yet the EPA doesn’t address administrative costs in the proposal. Who will pay?

Whether or not the proposal is labeled “cap-and-trade” or “emissions trading scheme,” the Clean Power Plan Model FIP has a massive scope that will entail significant administrative costs. The EPA currently spends $27 million annually on emissions trading for sulfur dioxide and nitrogen oxide emissions. Greenhouse gases, of course, are emitted on a scale that is orders of magnitude greater than sulfur dioxide or nitrogen oxide, and it stands to reason that administrative costs would rise in a commensurate manner. To this end, the Congressional Budget Office estimates that nationwide cap-and-trade would cost $7.8 billion over a 10-year period.

If, as EPA urges, the proposal is taken by the states as a model for compliance with the Clean Power Plan, then it follows that states would be responsible for the administrative costs of the emissions trading scheme, which are likely to number into the billions of dollars. And, if states refuses to act, then the agency would presumably be responsible for these costs.

In the final rule, EPA should estimate the administrative costs of the Model FIP, so states will have a better idea of their responsibilities pursuant to this unfunded mandate. Also, EPA in the final rule should address whether the agency will seek appropriations from Congress to administer a nationwide “emissions trading scheme.”