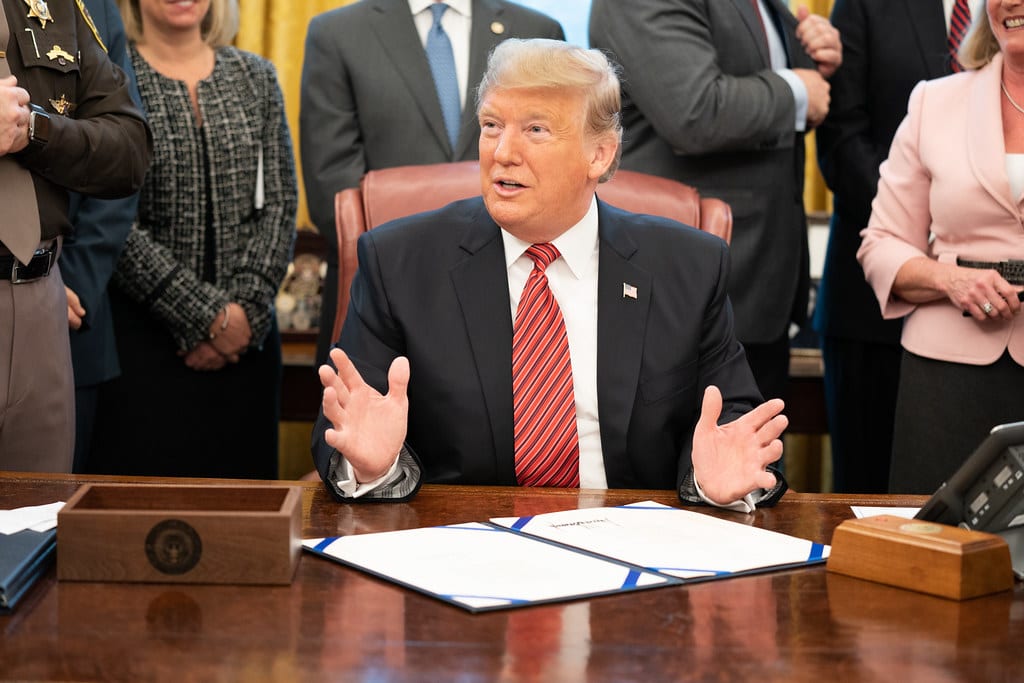 WASHINGTON, D.C. – Today, the Taxpayers Protection Alliance (TPA) slammed President Trump’s fiscal year (FY) 2020 $4.7 trillion budget which guarantees trillion-dollar deficits through 2022.  The budget, which totals more than $8.9 million in new spending per minute for the next year, would careen the national debt close to $30 trillion – enough dollar bills to go to Jupiter and back twiceoverif placed end to end – by the end of the next decade. Absent significant spending reform, every single American household will owe more than $230,000 as their share of the federal government’s debt.

The Trump administration proposes a record-high $750 billion in overall military spending, a nearly five percent increase from the previous year. This includes $8.6 billion in border wall funding, which would be diverted from current Pentagon funding for construction projects and homeland security initiatives.

TPA President David Williams criticized the proposed budget, noting that, “the President has talked about restoring ‘fiscal sanity’ to bring down the country’s trillion-dollar-deficits but the reality does not match the rhetoric. Unfortunately, this budget lets down taxpayers and commits America to even more red ink than last year, signaling that April 15 is going to be even more painful in future years. Budget-busting proposals, such as $363 million ‘to support the commercial development of a large lunar lander,’ show that both sides of the aisle are prone to reckless spending.”

Williams continued: “The President gets some things right in this budget, reigning in programs that should’ve been addressed years ago. The budget saves taxpayers hundreds of billions of dollars in Medicaid spending over the next decade by giving states more control and flexibility over the program.  But even reforming Medicaid won’t offset the massive increase in military spending proposed by the administration. Taxpayers recently learned that, according to Open the Books, the Pentagon spent $4.6 million on lobster tails and crabs in just one month. Expanding the budget sends a message to agencies that frivolous spending won’t just continue to go unpunished but will be rewarded.”

Williams concluded by stressing the need for “real spending reform that results in a balanced budget. This budget would have taxpayers waiting fifteen years for a balanced budget, which will be stretched out longer as politicians break their promises and agencies ask for more taxpayer money. President Trump has a real opportunity to live up to his campaign promises to drain the swamp by breaking with the failed status-quo and promising taxpayers sunnier Tax Days ahead.”