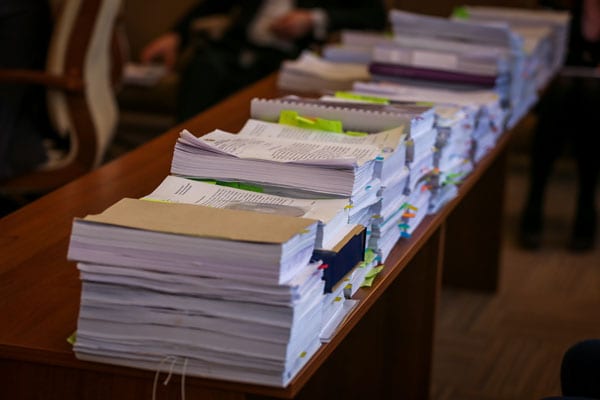 On Trump’s Budget, A Few Steps Forward and One Step Backward

With the unveiling of the President’s budget this week, detractors are already jumping to apocalyptic claims about the dismantling of the welfare state. To advocates of a perpetually-expanding welfare state, the budget is a senseless “assault on aid, [and] programs” and “dangerous, reckless and contemptuous of American values.”  But in reality, the new Administration’s “skinny budget” is filled with encouraging proposals. Many federal programs do not operate as intended, yet are given a free pass year after year and shielded from scrutiny. The Administration attempts to address this problem by getting mammoth, unaccountable programs back on track, at a significant savings to taxpayers. All told, federal taxpayers can expect to save $3.6 trillion through 2027.  In particular, Trump’s budget highlights 66 discretionary programs for termination that would save $26.7 billion.

Not all items in the budget are laudable however; with every few steps forward comes one step back.  And, with a budget deficit of $560 billion and a debt of $19.8 trillion, the country can’t afford to take any steps back.

Converting Medicaid and CHIP to Block or Per-Capita Grants

Medicaid’s purpose of providing insurance to low-income individuals is noble, but results fall far short of intentions. Low reimbursement rates across the system ensure that large percentages of medical providers reject Medicaid recipients. Unsurprisingly, there’s a low resulting quality of care for beneficiaries. Multiple studies have concluded that health outcomes for Medicaid recipients are comparable to those of the uninsured, making the hundreds of billions of dollars a year invested in the program essentially worthless. Allocating these resources to states, as the President’s budget wisely does, gives states the flexibility to get more bang for the public’s buck. Requiring copays for routine care trips to the emergency room, for example, could cut down on expenses while ensuring that the ER is only reserved for true emergencies. Finally, states would have the flexibility to turn some Medicaid dollars into tax-free spending accounts for patients to finance predicable expenses. Studies show that Medicaid patients typically value a dollar of direct cash payment more highly than a dollar of Medicaid reimbursement. These sorts of experiments may be bogged down by unforeseen complications, but trying different approaches on the state level is surely better than retaining a failed, one-size-fits-all federal model.

SSDI is yet another example of a government program that fails to deliver on expectations. The program, designed to provide a buffer for individuals mentally or physically unfit to work, has grown to accommodate individuals without an “objective” diagnosis who report pain or suffering. Additionally, Administrative Law Judges (ALJs) without a background in medicine have the ability to approve twice-denied applicants in a court of law, without actually having to examine the applicant in-person. Simple reforms, such as subjecting ALJs to a probationary period, could save taxpayers billions of dollars by giving these arbiters an incentive to not be overtly-generous in granting benefits. The budget is light on details, but opens the door to important administrative reforms that will ensure the tightening of eligibility. The Social Security Administration (SSA), for example, will also be required to study “new approaches to increase labor force participation.”  Approaches like the generalized benefit offset (GBO) can save the Administration billions of dollars over the next decade by inducing capable individuals to enter the workforce, increasing economic activity and thus taxes paid.

While military leaders have long warned of the dangers of sequester-level funding on military readiness and performance, the case for funding hikes remains dubious. The President’s requested Department of Defense (DoD) appropriations of $640 billion would bring funding back up to 2012 levels, when US presence in Afghanistan was near peak levels. Given a current lack of nation-building operations, and a dearth of major-power adversaries, there seems little basis for an aircraft modernization slush fund. Advocates of increased military funding point to China as a large power with a potential to cause regional havoc if left unchecked. If anything, though, China’s dominance has been centered on naval might. It is a counterproductive use of taxpayer funds, then, to focus on constructing and modernizing new aircraft.

Finally, taxpayers should be wary of the massive cost overruns that often come with aircraft development at the Pentagon. The F-35 program is particularly problematic, with projected per-plane costs nearly quadrupling over the past two decades.  If the F-35 debacle has taught us anything, it’s that the government shouldn’t be throwing money into a fiscal black hole absent stringent verification.

The status quo in Washington, D.C. certainly needs to be shaken up, and President Trump’s proposed scaling back of the federal government is a necessary first step. But politics is a frustrating art, and monumental progress is often coupled with large setbacks. As long as the constant tug-of-war between interest groups continues, American citizens will be on the hook for trillions in dubious expenditures. President Trump can fight more effectively for taxpayers by making consistent cuts across the federal budget.  The biggest concern for taxpayers is that Congress will ignore the budget cuts and move forward with the budget increases, making the President’s budget just another broken promise.