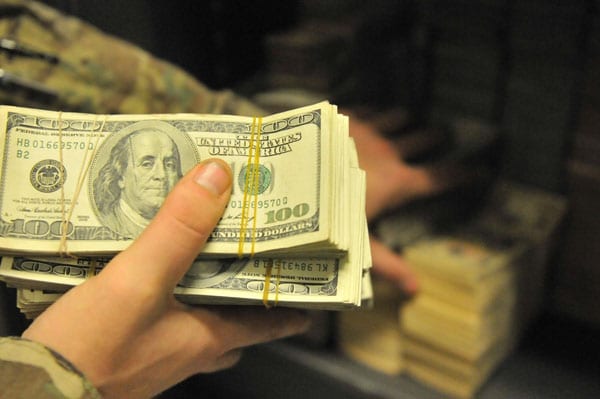 As the Taxpayers Protection Alliance (TPA) has documented, Medicaid fails patients at an astronomically high cost to taxpayers. Reasons abound for Medicaid’s failures; one commonly cited reason is the low reimbursement rates given to physicians.

Though most of this issue is formulaic, a little-known loophole results in hundreds of millions of dollars being skimmed off the top of Medicaid reimbursement payments in eleven states.

Generally, Medicaid payments are required by law to go directly to medical care professionals after being allocated to states. But, the previous administration allowed a nice little carve out for unions.

The implication that health workers can have Medicaid money taken away from them, often without their knowledge, is unfair and unsustainable. By moving to close the loophole, the Trump administration can take a bold step on behalf of seniors and disabled individuals.

In January 2014, the Obama administration, via the Centers for Medicare & Medicaid Services (CMS) began allowing states to skim off Medicaid money to fund union activities.

That decision proved particularly important following a Supreme Court decision (Harris v. Quinn) in June 2014 that home health workers cannot be forced to pay union dues. Even if workers in the field decided that their union wasn’t worth contributing to, the CMS decision ensured that Medicaid funds would be skimmed before reaching the workers.

Unions and their political allies in the previous administration claimed that these mandatory “contributions” were needed, due to the horrendous wages and working conditions in the home health industry.

While the Bureau of Labor Statistics reports median pay for the home health industry was $11.12/hour in 2017, it’s simply impossible to compare the home health aid “industry” with other positions and occupations that have a higher pay.

Many home health workers are simply caring for their relatives and loved ones, making unionization a bizarre and unnecessary move. Professional caregivers often receive substantial “in-kind” benefits, such as lodging in the home of their clients as well as free meals.

Furthermore, with ten-year job growth “much faster than average” at 40+ percent, industry workers face a steady stream of clients. As “quasi-public” workers, however, one commonly cited difficulty in the occupation is healthcare access.

Some proponents argue that unions skimming money off of Medicaid actually reducesMedicaid spending over the long run, since unions can then buy healthcare for their employees cheaply in bulk. While this may be true in theory, unions have a habit of needlessly escalating healthcare costs.

According to a 2015 Bush Institute analysis, “BLS data show that unionization is associated with higher total premiums, higher employer costs, and lower employee contributions in both the public and private sectors.”

This, of course, assumes that unions are devoting these skimmed fees to increasing health care coverage. But, there is no evidence of this. Union funds often wind-up outside of essential services, going toward a narrow list of political causes that health workers may not approve of.

While representing a large swath of the home health care industry, the Service Employees International Union (SEIU), has given hundreds of thousands of dollars to progressive donor clearinghouse Democracy Alliance. Additionally, SEIU is active in the “Fight for $15” across the country, which would result in the widespread unemployment of its members if implemented.

Given these activities, skimming Medicaid dollars for unions’ benefit is a blatant misuse of taxpayer funds. Fortunately, the Trump administration recently proposed a regulation that would undo the Obama administration’s carve-out.

The administration finds the current union policy to be impractical, and inconsistent with the Social Security Act’s provider-only guidelines for Medicaid funds. Ultimately, this rulemaking is only a small step in a much-needed larger effort to reform Medicaid. But stopping union extortion is a welcome first step.