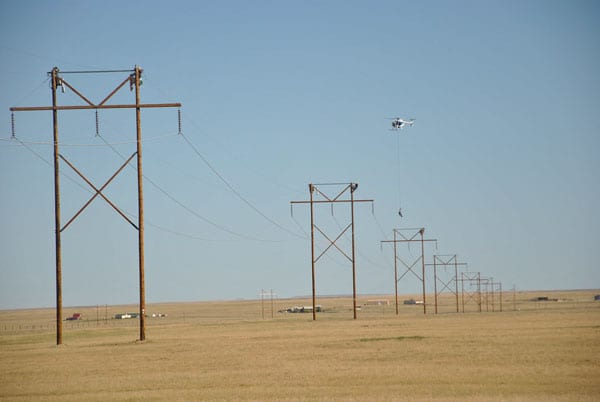 This article originally appeared in The Daily Caller on December 14, 2017

In the aftermath of the Federal Communication Commission’s (FCC)  vote to repeal Title II regulations, internet service providers (ISPs) will regain flexibility lost in recent years. Once again providers will have the ability to offer options such as zero rating (free data) plans that can be used to help lower income populations access important content.

But, concerns abound about the ability of ISPs to manage services where there’s little competition between providers. Attempts at all levels of government to provide for robust ISP have bilked taxpayers for billions of dollars without addressing rural broadband needs.  Instead of failed government-centric solutions, closing the digital divide will require low-cost partnerships with the government and the private sector.

Chief amongst current public-sector efforts is the Universal Service Fund (USF), which will funnel $2 billion over the next decade (through the Connect America Fund) to subsidize the activities of rural ISPs. Despite having spent more than $80 billion over the past twenty years, studies show that the subsidies simply drive administrative bloat (i.e. personnel and governmental relations costs) without actually increasing internet access.

The Department of Agriculture’s Rural Utility Service, which has spent $7 billion since 2009 on grants and subsidized loans to promote rural internet uptake, has also had disappointing results. Despite being continually criticized by the Government Accountability Office for having insufficient performance goals and having little effect on economic growth in underserved areas, the USF continues to funnel money into dubious cooperative ventures.

Of all of these failed governmental efforts, perhaps the most disappointing has been municipal efforts to build out broadband systems. Such efforts have certainly not been cheap. According to a study released by the University of Pennsylvania earlier this year, only two of the twenty municipal systems examined were able to recoup construction and operation expenses. Municipal and state authorities have little to show for going so deeply in the red. As the Taxpayers Protection Alliance has repeatedly documented, public broadband projects regularly go belly up or spend astronomical sums to plug in tiny populations.

These and similar findings are not merely the result of cherry picking, an exercise all too common in public policy analysis. Even “successful” test cases like the Chattanooga municipal systems have not delivered demonstrable benefits to citizens. Despite hype that municipal broadband allowed the city to transform into a cyber hub, employment growth in the years following deployment was actually slower than in comparable areas of Tennessee.

Luckily, citizens needn’t rely on bank-breaking “last-mile” projects to increase ISP competition and rural access. For years, companies have been piloting the use of “White Spaces,” or the unlicensed spectrum in between television channels, for internet delivery to underserved areas. From web-strapped students in rural Virginia to villagers in Kenya, White Space has proven to be a promising avenue for delivering Internet to areas where laying cables simply doesn’t make sense. Through their philanthropic initiative, Microsoft plans on using unlicensed spectrum to help bridge the digital divide and provide access to underserved rural communities across the country. And, since using spectrum doesn’t require laying down expensive infrastructure, costs are less than a fifth of traditional broadband costs.

Unfortunately, though, it’ll take more than private funding promises to see this plan come to fruition. The FCC determines the licensure required to use different pieces of spectrum, and has not yet given the green light for White Spaces to be used for internet deployment. By reserving three unlicensed channels nationwide for internet access, the FCC can allow millions of citizens with few internet choices to finally take advantage of another way to connect.

Since White Spaces have a far larger effective radius than regular Wi-Fi, internet services would become far less location dependent and competition would increase as a result. If spectrum space is reserved for internet usage, vital markets for complementary products like chips and receivers can also develop, allowing for widespread deployment.

After Thursday’s vote expanding internet freedom, ISPs face a wider variety of opportunities than ever before. By allowing the use of White Spaces to increase provider competition and rural access, providers can be held accountable to ensure fair data speed and pricing policies. Tweaking spectrum policy will prove a game-changer for millions, without forcing taxpayers to hand over billions of dollars.